'All our students have needs' 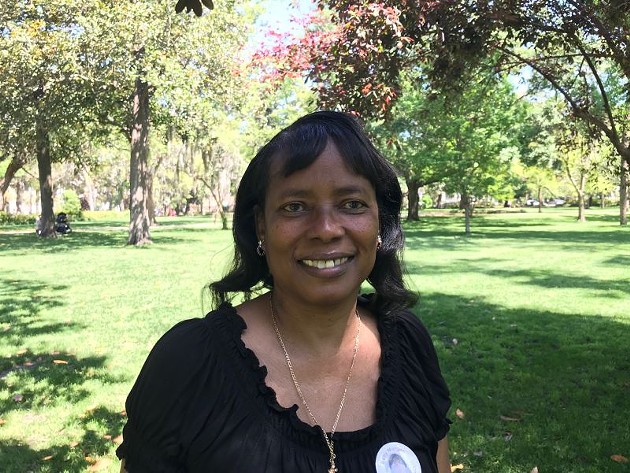 “I’m the only one out of the five of us who taught school,” she says.

Morgan taught in Chatham County schools for 36 years, most of that time at Hubert Middle, with a few years at Spencer, now Andrea Williams, and Hesse Elementary Schools.

“I think it’s time for someone who’s been in the system and who knows about the system to take that chance,” she says of her campaign.

She never became a principal or an administrator, however.

“That would have taken me away from my kids,” Morgan says, using a teacher’s possessive to describe any child that she comes in contact with.

She retired from Chatham County schools about six years ago but is still involved in education.

Morgan now leads the local office of a Department of Defense program that immerses Chatham County fifth graders in a week of STEM education at Hunter Army Airfield.

In fact, she’s just as “at home” in a military setting as in a classroom setting, having retired about eight years ago from 32 years in the Georgia Air National Guard.

“It taught me the core values,” she says of her Air Force experience. “Integrity first, service before self and excellence in all I do.”

As to what she’d like to do as school board president, obviously, she has to work with other board members, whose views might differ from her own, to accomplish anything.

“Everybody should listen to everybody’s opinions,” she says. “But in the end, we’re there to work together and think about the children’s needs, not our own.”

She also has to work with Superintendent Ann Levett. Both Morgan and Levett have long histories with Chatham County schools, although Levett left for a while and took an administrative track.

Morgan says that while she knows and supports Levett, “It’s not a one man show.”

She’d like to see more attention paid to Chatham County’s neighborhood schools. The focus on specialty schools, where learning is centered around STEM, arts or vocational training, has lifted the district overall while leaving pockets of disadvantage.

“Just don’t give it to the specialty schools,” she says. “All our students have needs.”

She also wants to focus on students in danger of dropping out.

“School isn’t for everybody,” she says. “But if they can find a place to meet their needs and they’re happy, you’ll be surprised what those kids will do.”