BACK in September 2011, I had this idea for a society column that went against everything the genre stood for.

Instead of focusing on debutantes and fancy fêtes, I thought it would be hilarious—maybe even helpful—to spotlight regular folks making Savannah better and the issues that affect us, as well as poke a stick at the ironies that make living here an endless, absurd adventure.

“An Anti-Social Debut” offered up the Civil Society Column as a place to “bridge differences, offer solutions and create community,” which honestly sounds as naïve and pretentious as all get out but hey, I was young(er) and more idealistic back then. 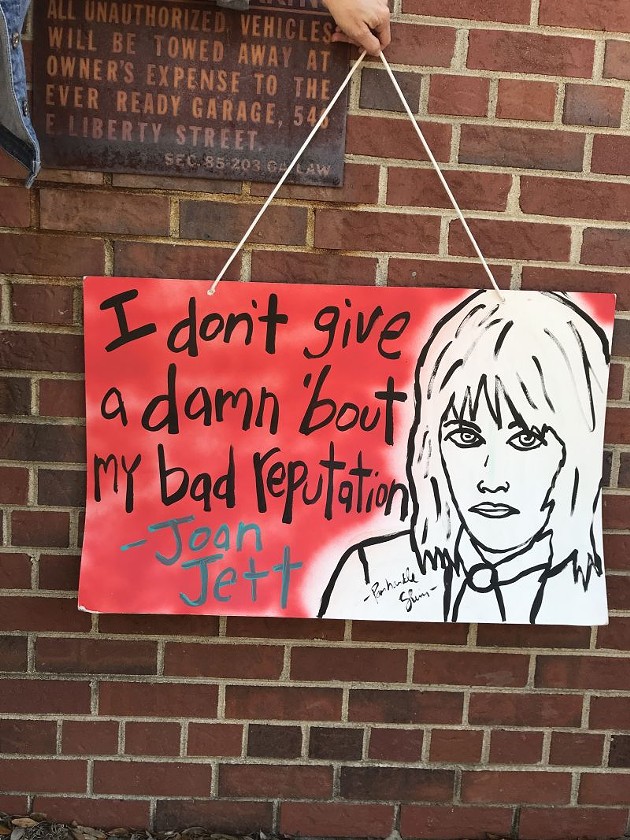 Aw hell, I may be older now but I’m still the same starry-eyed tenderheart who believes in loving our neighbors as ourselves, fighting for liberty and justice for all and breaking out into song and dance when the chaos and crazy get to be too much.

And every time Savannah makes me so mad I want to throw fire ants in the air and move somewhere else, something—a slice of Southern kindness, a soul-searing art exhibit, the moon rising out of a golden marsh sunset—reminds me just how blessed we are to belong here.

As a West Coast weirdo who never tasted a boiled peanut until her 30s, I experienced a certain feeling of alienation when I first moved to Savannah. Even as the bride of a native son I stood out like a red balloon stuck in a maganolia tree, which only made me try harder to find acceptance. (Wearing my husband’s letter jacket to the homecoming football game of his alma mater may have been too enthusiastic.)

I know now that you can be born and raised here and still feel excluded, and it’s been my mission to practice radical acceptance of all of those who don’t fit into the square box of the status quo.

This space was always meant to be for and about us: The outsiders and the outliers, the curious and the queer, the service folk and the worker bees, the rebel beekeepers and the animal rescuers, the grieving mothers and wide-eyed kids, the forgotten and the voiceless.

It’s been a platform for the justice keepers and the jubilee raisers, the wild places that need to be protected and the neighborhoods that aren’t nearly as scary up close as they are on the evening news.

Every week, as I’ve invited myself into people’s lives and asked them nosy questions, I’ve tried to keep in mind this quote from modern sage and my former California neighbor Ram Dass: “We’re all just walking each other home.”

It reminds me that regardless of our zip code, our politics, our skin color or our opinion of who serves the best fried chicken in town, we’re all living together here in this glorious, ever-complicated little moss-draped city, in a still-democratic country on this sparkly blue planet.

It also helps me remember that at the deepest level, we all come from and are going back to the same place.

Many thanks to editor Jim Morekis for giving me carte blanche to pursue whatever happened to tickle my neurons any given week and for correcting misspelled names before they were printed. He and the rest of Connect’s brilliant staff will continue to bring the best coverage of Savannah and beyond, though this last Civil Society Column marks the end of the (by)line for me, for now.

But this isn’t so much a good-bye as a “see ya ‘round.” Sure, I might toss around a few fire ants over Savannah’s pernicious problems, but I have no plans to live anywhere else. Like the rest of you radical tenderhearts, I will continue to champion all who share the idea that our community’s greatness is measured by how we treat each other, and that none of us can truly be free if a single one of us is chained down by institutional and systemic barriers to progress. It might be two steps forward, one step back forever, but my boots remain happily stuck in this charmin’ lil’ swamp.

And though we might conduct this velvet revolution with our faces in our phones, I will always maintain that it’s far more effective to meet each other face-to-face:

Every day, each of us has the power to build a most just and civil society by showing up. We don’t even have to shout our opinion or carry a sign; our simple presence speaks volumes when we bring our bodies to public spaces, fill the chairs at City Council and County Commission meetings, support public art and local music, and spend our hard-earned dollars at independent bookstores, family-owned restaurants, and other small businesses.

There are so many opportunities to break out of our silos, break bread with new friends and break down the barriers that keep us from feeling like we belong—just look at the massive calendar in this publication and find one this week that tickles your neurons.

Chances are, I’ll be close by, so come say hello; I’m pretty easy to find (my hyena laugh and terrible trumpet playing usually give me away).

So, so long, Connect Savannah readers—thank you for opening your homes, hearts and mouths to help make The Civil Society Column so rich with stories and acceptance. It’s been a great run.

I hope to see all y’all on the streets and out in the squares, all us weirdos shoulder to shoulder as we walk each other home.