Freedom Now! Quest for a New Consciousness: Finding Our Way

Each year on Jubilee Freedom Day, we commemorate the enforcement of the Emancipation Proclamation signed the year before. It’s a day to reflect on freedom and what that means to us. Saturday, Dec. 21 is the anniversary of the order as well as an activity-filled day here in Savannah.

This marks AJ Perez’s third year of working on the project alongside other volunteers, like Patt Gunn.

“2016 was my first one, and I’d been here for 16 years and never heard about Jubilee Day,” explains Perez. “For someone who, I call Savannah home and I love Savannah and I talk to people about Savannah, just not knowing there are certain stories and parts of our history that we’re not told or we don’t learn when we take tours. Things are glossed over. I wanted to know more about Savannah’s history, the richness of this history.” 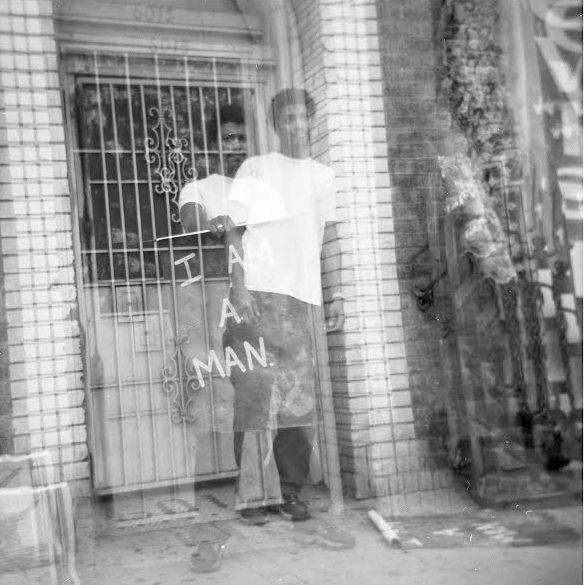 Photograph by Lisa D. Watson, which will be included in the exhibition.

“We thought that was a great opportunity to collaborate with the City and also be able to have some functions indoors and in the new space,” says Perez.

Jubilee Freedom Day kicks off with a children’s story hour and an African mask making workshop in the Savannah Cultural Arts Center. Then, Samba Savannah will lead a procession outside, and Gunn and the Saltwata Players will perform. It’s an exciting day of activity, but after the festivities have died down, you can still view an exhibition inspired by the idea of freedom.

It’s not a new thing for Jubilee Freedom Day to have an art component: the past two years have included abolition photography by Amy Fisk and Eric Saul, on display at Sulfur Studios. This year, however, with a new gallery space at the Center available for their use, Perez tried something new.

When preparing for this year’s exhibition, Perez approached the artists who participated in last year’s festivities. Maxwell, Davis and Hutchins were on board to participate again.

“I was brainstorming, thinking about other artists, and Patt was pretty much like, ‘You can take the lead on that and run with it,’” says Perez.

Initially, the title of the show used the word “conquest” instead of “quest,” but through discussions, Perez realized that wasn’t the direction he wanted the show to take.

“After a conversation with Henry Dean, who is a friend and mentor of mine, we were discussing the show and he was asking me all kinds of great questions like, ‘What do I want to see? What’s my vision?’” shares Perez. “After a conversation with my girlfriend, we got into a big debate about the word ‘conquest’ and its origins—what does it mean, what do we think about when we think about conquests? It rubbed her the wrong way.”

After that paradigm shift, Perez decided to reach out to specific artists because of the body of work they produced. One of those artists was Fu, who Perez has known for a while.

“He has this body of paintings that have been on my mind for a while,” says Perez. “I want to show these one day, I want these out in the world to be seen.”

For this work, Fu tears old paintings and stretches the recycled canvas over stretcher bars, which creates an overlapping feel. Then Fu paints over them in what Perez calls his aggressive style of painting, almost a dark Impressionist style.

“The colors are dark—it felt like Savannah,” says Perez. “Dark, dirty, muddy, but little pops of pastel colors that give you some beauty in it too. There’s something ghostly about them. There’s this take on the past and present interwoven in this one piece, and these characters that could be old African slave people: this is perfect. There’s so much context and color content in his pieces that I think relate to this conversation.” 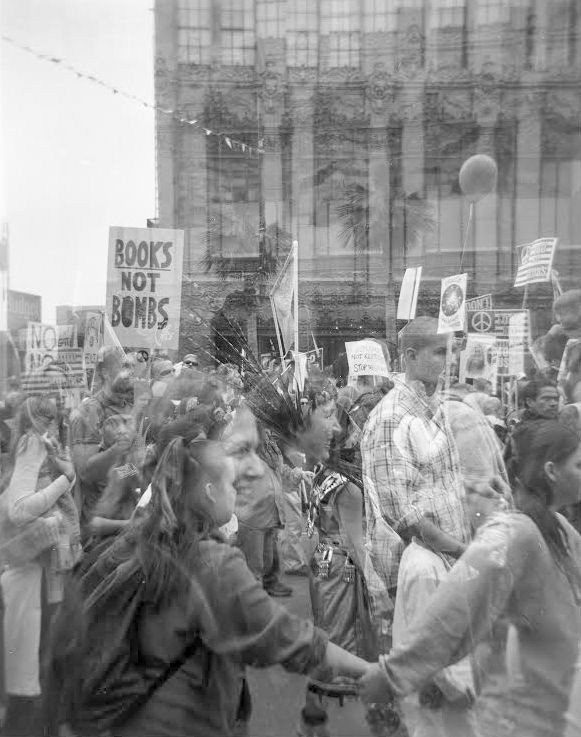 Next, Watson made her interest in the project known, and she and Perez worked out a unique partnership..

“She took a lot of photographs when she was living in Los Angeles, and all of us here in Savannah are like, ‘You do photographs?’” says Perez. “We’re used to seeing a lot of her assemblage work that I think to see her in this other medium, I thought it was just fascinating. It’s more information about this artist, this human, and her experience, her life.”

Watson’s photographs for the show are double-exposure black and white photos taken at an anti-Iraq War protest back in 2001. One photograph contains a black man holding an “I Am Man” sign and an ethnically ambiguous woman wearing a shirt with the word “Now.”

Dean rounds out the lineup with his sculpture that incorporates ideas of past, present and future into his work.

“What does ‘Freedom Now’ mean to you? In today’s culture, in the context of today’s society, does it exist? Do we have it? Do you experience it ever?” wonders Perez. “The way you want to discuss or reinterpret or create work that explores ‘Freedom Now’ in any medium, we left it open.”

All in all, Jubilee Freedom Day is meant to foster an honest conversation about our history as well as our future.

“I just really hope it helps to spark, create and fuel conversations around our past, our histories, and where we can come to terms with it in different ways,” says Perez. “Healing so we can maybe start seeing past all the negative lingering effects of our past so we can actually start building on a future that I think some of us would like to see. We all have different interpretations of what the future holds and what it could look like.”