THE CAR was almost devoid of the details Detective Jacob Schroyer would typically use to describe the scene of a murder.

With 11 years under his belt at the Savannah Police Department, six of which have been spent in the homicide unit, nothing unusual quite stuck out as he assessed the black, Chevy Malibu that was casually parked near Forsyth Park at the intersection of Whitaker and Huntington.

60-year-old Ernest Manker was in his car in a manner so innocuous that even the person who stumbled upon Ernest the morning he was found didn’t know he was dead. The autopsy determined that Ernest had died as a result of a shooting that occurred sometime on Thursday, Aug. 27, 2020. 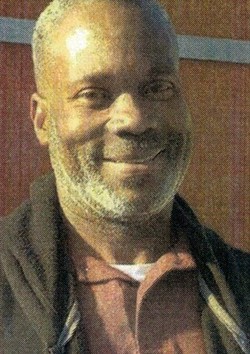 Aside from ruling the case a homicide, Detective Schroyer didn’t know much else.

Investigators canvased countless buildings in the surrounding area of Forsyth Park to attempt to find witnesses and video that may have been useful. Every solitary piece of evidence, no matter how unassuming, was collected, bagged and labeled.

While Schroyer continues to investigate and forensic analysts continue to test the evidence for new revelations, Ernest’s murder continues to be a regular, “who done it?” sort of mystery.

Ernest was a bus driver just over the bridge, about 45-minutes away in Jasper County, South Carolina. He didn’t live in Savannah, though he had a few friends who were residents.

In 2014, he was named Jasper County’s Operations Employee of the Year and in his obituary, in addition to a fairly deep list of family members that indicated a full-life, it noted that he enjoyed spending most of his time with his co-workers.

Aside from becoming a murder statistic in a city where he didn’t even live, there was nothing remarkably striking about Ernest’s life that would make him a particularly good target for murder. He led a simple, happy life until one day, he didn’t.

So, the question lingers: Who killed Ernest Manker and further, why?

Detective Schroyer continues to work the case and travels the path that every lead creates, unphased by dead-ends and sees all new information as a piece of a jigsaw puzzle he’s determined to complete.

His hope is that this article will reach anyone who knows anything about Ernest and the person or people who shot him.

He’s looking for that one piece that eradicates a situation where disorder reigns supreme so that he can step back and finally see the picture that once looked so unsorted.

Any information can be reported anonymously to Crime Stoppers of Savannah-Chatham County by calling the 24/7 tip-line at 912-234-2020 or by going online to SavannahChathamCrimeStoppers.org and clicking ‘Submit Online Tip.’

But for now, the death of Ernest Manker remains a mystery that is as baffling as it is obscure.