C. MeGill Brown is a Savannah native. He is Pastor of the Second African Baptist Church, Chaplain’s Coordinator for the Savannah-Chatham Metropolitan Police Department, and Chairman of the Board of Directors for Curtis V. Cooper Primary Health Care, Inc.

Two years ago, I woke up knowing it was the day of my dreaded annual health check-up. I got my son Corey up for school.

The first thing he wanted to know was who won the basketball game that finished after his 9 p.m. bedtime the night before.

I was able to report that his beloved Miami Heat team won, because, unlike Corey, I never put any restrictions on myself about staying up late even though I was often tired and not eager to get up in the morning.

Corey sat down to breakfast and to talk to his mother as I went to take my extra-long doctor visitation shower. I began to do what most men do—hold in my gut, look in the mirror, and convince myself I looked pretty good for 42. After my extra-long shower, I proceeded to put on the best suit in my arsenal. If I was going to the doctor to be informed that I was unhealthy, at least I wanted to look good doing it.

I took Corey to school and made my way to the doctor’s office for my annual fight with reality. I knew I weighed an aggressive 412 pounds and had elevated blood pressure.

When the doctor came into the exam room, the conversation started differently than I expected. He asked to see a picture of my son. Being the proud father that I am, I quickly showed him several photos I had on my phone. He complimented me on having such a handsome young man, and then he said something that hit me harder than I’ve ever been hit. He said, “Looking at your blood work and your vitals, it’s too bad you are not going to be around to see him grow up.”

At first I was shocked. Then the humility of my reality began to set in. The doctor explained how my blood pressure was still out of control, my unstable glucose level was suggesting pre-diabetes, and my excessive weight was putting undue stress on my heart. He carefully explained that carrying that much weight over long periods of time would increase the development of arthritis and other bone degenerating disorders.

He said that I might be able to carry 400+ pounds today, but 10 years from now, the weight would increase, and my ability to function would decrease.

Simply put, I was pre–everything and I needed to begin to take medication to control my ever-rising blood pressure.

Father and son Corey III and C. MeGill Brown before Pastor Brown began his journey to health and wellness

The doctor went over with me line by line my blood work results and he told me about the dangers of high blood pressure. We scheduled a six-month follow-up visit and he wrote me a prescription that I truthfully never intended to get filled.

After leaving the doctor’s office, I sat in my car and prayed for the strength to make the necessary changes so that I may break the cycle that has plagued so many men of color already. I realized that at 42 I was the oldest male in my immediate family.

More importantly, my prayer was that God would enable me to make the necessary changes so that I may be here to teach my son to live a healthy, happy, and fulfilling life and watch him grow. I knew that diets did not work for me. I already had a gym membership I never used. I knew I didn’t know what I needed to know, so I went to the library and began to research how to put together a plan of action.

Using what I learned, I developed a one-day-at-a-time plan. I decided to give up eating meat for my Lent sacrifice. That was easy enough. The challenge was finding replacement foods that were not higher in fat, calories, and cholesterol.

I also learned that I had to end my addiction to soda and somehow come up with an exercise program that was effective and enjoyable.

Day one was very hard, but day two was a little easier. By the end of the Lent sacrifice, not only did I begin to see small changes in my appearance, but more importantly, my desires for unhealthy foods were now under my control. My taste buds were newly awakened by a variety of healthy alternatives that I found. I looked forward to my afternoon bike rides that not only gave me much needed exercise but offered me the alone time I needed for meditation.

What started out as one day quickly progressed to six months, and I was 45 pounds lighter. On my follow-up doctor’s visit, I couldn’t wait to get on that scale and to stand there under 400 pounds.

Pastor C. MeGill Brown changed his lifestyle to prevent the illnesses and early death that are common in his family’s history.

As if God knew I needed structure and a plan to what I was trying to do, He allowed my path to cross the wonderful people of Canyon Ranch Institute who had visited at Curtis V. Cooper Primary Health Care where I am chairman of the Board of Directors. CRI, through the generosity of Charles H. and Rosalie Morris, partnered with Curtis V. Cooper to offer our patients the CRI Life Enhancement Program to help them learn now to make healthier choices in their lives and the lives of their families.

I was enthusiastic about being on the Core Team for CRI LEP in Savannah, and gained the unique opportunity to spend a week at the Canyon Ranch health resort in Tucson, Arizona, as part of the required training to become a Core Team Member for the CRI LEP. Working with Canyon Ranch Institute and the participants in the CRI LEP here in Savannah has given me structure and clarity to continue the healthy changes I had started on my own.

I now understand and practice portion control, the need for interval training, lean body mass index, the benefits of a good night’s sleep, and so much more.

This is why I chose the term “Serendipity” as the title of this message. I began my process to simply lose weight and avoid the early death so common in my family’s history. With the grace of God and hard work, in trying to avoid an unhealthy death I found a new life that I never knew existed. Today, two years later, I am 124 pounds lighter and medication free. I went from being pre-everything to becoming post-all things.

My very life depended on making changes, and now I share my story because I truly believe there are others who can learn and grow from my experience and have a happier, healthier life, too. 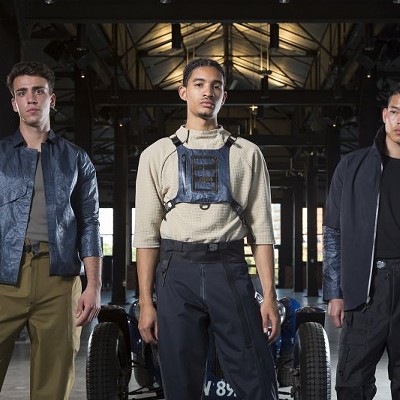