“Sextortion: A Serious Online Threat to Our Kids”

LIKE A LOT of 13-year-old girls, Samantha Chonski enjoyed singing along to her favorite tunes and playing around with her web camera.

One day, as she was logged onto the now-defunct live-streaming site Stickam, the young musician lifted up her shirt on a dare, flashing her breasts for the briefest of moments.

“I was messing around with my friend, and we were just laughing with other kids,” says Chonski. Then she corrects herself. “Or rather, people we thought were other kids.”

Six months later, she received a message on her MySpace page with a screen shot of her exposed body. The sender threatened that he would post the photo to all of her friends and send it to her parents if she didn’t do exactly what he said.

That started a six-hour torture session in front of the webcam that yielded far worse footage.

“He made me do nasty, gross things that little girls don’t do, stuff I’d never heard of,” remembers Chonski, now 22. “I kept begging him to let me stop, but he’d keep saying ‘one more thing...’”

After the ordeal was finally over, Chonski didn’t tell anyone about that terrible night. She now felt depressed and fearful about posting her music online, and she pushed it to the back of her mind and tried to forget.

“It was hard, I was already being bullied at school, and I thought about suicide,” she says.

Bubbly and bright with a strong Philly accent, Chonski coped silently until four years later, when the Federal Bureau of Investigations came knocking on her door. That was when she met Special Agent Larry Meyer, who told her she wasn’t alone: The same person who had terrorized her as a young teen had blackmailed 350 other victims into performing sex acts over the internet.

She also found out there was a word for what this creep did to her: Sextortion. 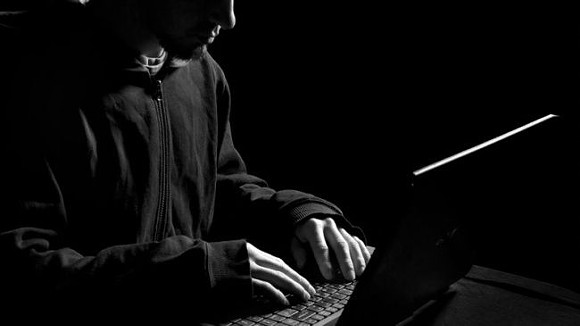 Agent Meyer, who has been investigating crimes against children in the FBI’s Jacksonville Division for eight years, found that Chansler had posed as a 15 year-old skater dude in order to target 13 and 14 year-olds, who are more easily manipulated by the threat of having their lives ruined with a single topless photo.

“One of the comments he made,” Meyer said later in a post on the FBI website fbi.gov, “was that older girls wouldn’t fall for his ploy.”

Both Chonski and Agent Meyer will be in Savannah next week to talk about their experience and warn parents and teens about the growing prevalence of this type of online abuse at a free lecture on Thursday, April 14 at Candler Hospital’s Marsh Auditorium.

“Sextortion: A Serious Online Threat to Our Kids” is part of April’s Child Abuse Prevention and Awareness Month and Crime Victims’ Rights Week activities. It is presented by Coastal Children’s Advocacy Center, which provides free forensic and therapeutic services to children and teens who have been sexually or severely physically abused or witnessed violence.

“Unfortunately, as parents, we’re often several steps behind our adolescents when it comes to technology and naïve about the ways that predators can gain access to—and sexually exploit—our kids.”

Rice stresses that Thursday’s presentation contains sensitive material and is not appropriate for young children.

However, it’s never too soon for parents to speak to kids about the dangers of online sextortionists. In an FBI video aimed at teens, the agency warns that online predators may try to gain their trust using fake profiles and posing as peers.

“They lurk in chat rooms and record young people who post or live-stream sexually explicit images and videos of themselves,” cautions the agent in the video.

“They may hack into your electronic devices using malware to gain access to your files and control your web camera and microphone without you knowing it.”

To reduce the risk of a predator accessing you or your information, the FBI recommends using the following precautions in chat rooms and on social media:

Never send compromising images of yourself to anyone, no matter who they are—or who they say they are.

Do not open attachments from people you do not know.

Turn off your electronic devices and web cameras when you are not using them.

The FBI’s rule of thumb: Don’t post any pictures of yourself online that you wouldn’t show to your grandmother.

“If you only remember that,” says Agent Meyer, “you are probably going to be safe.”

He has seen the damage sextortion does to the psyches of young people—both girls and boys can fall prey. Agent Meyer has been able to identify about a third of Chansler’s victims and continues to seek out the rest, “so they don’t have to be looking over their shoulder, wondering if this guy is still out there.”

For Chonski, knowing her online torturer is behind bars has helped her heal, and addressing the judge at his hearing brought a great sense of relief. She still uses social media to network for her job as a make-up artist, though she is far more careful about her online interactions. Sometimes though, the fear creeps in.

“When an older guy looks me up and down and stares, I don’t know if they’ve seen those pictures or what,” she says.

Rather than turn towards the shame that predators use to manipulate their victims, she welcomes the opportunity to share her story in the hopes it will prevent the abuse or embolden someone else to come forward.

“If it does happen, you need to speak up. Nothing is worse than keeping it inside.”