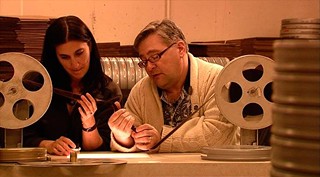 Apparently, we have Ted Turner to thank for the National Film Registry.

In the 1980s, the media mogul purchased MGM’s library of classic films, and proceeded to “colorize” many of the black and white ones, to make them (he said) more appealing to a contemporary audience.

As we see in the documentary These Amazing Shadows, this action horrified the country’s prominent filmmakers and film historians, to the point where the Registry – under the auspices of the Library of Congress – was created to catalog, honor and immortalize “culturally, historically, or aesthetically significant” American–made films, 25 each year since 1989.

The key word is preservation.

These Amazing Shadows is an amazing work. More than any other entry in this year’s Savannah Film Festival, it brings into sharp focus the very reasons we have things like film festivals – to celebrate an art form that can move and transport us, level us, make us laugh, make us think, make us cry.

Filmmakers Paul Martino and Kurt Norton enlist an impressive group of talking heads – from directors John Waters, Christopher Nolan and Rob Reiner to well–known film critics, professors of film and even politicians – to put forth the idea that movies are, in effect, windows into our culture. Into our history. Into the bloodstream we all as Americans share.

There are well over 600 films in the Registry, including many, many famous ones, and clips from a good deal of them are presented in These Amazing Shadows.

But this isn’t the Academy Awards, or yet another misty-eyed “magic of Hollywood” retrospective.

Sections of the film deal with restoration – we actually see rotting nitrate negatives disintegrate in a lab – and learn about recovery of “lost” scenes from the pre–Hayes Code version of Barbara Stanwyck’s sexually–charged Baby Face.

Then there’s Topaz, consting of home moves shot inside a Japanese internment camp during World War II, the Abraham Zapruder JFK film, the controversial silent Birth of a Nation, the first experimental talkies, a classic Daffy Duck cartoon, Let’s All Go to the Lobby – and even The Rocky Horror Picture Show.

We spoke to the filmmakers by phone from Los Angeles.

1. “When Paul and I were going through the 550 films, we discovered so many things we were completely unaware of. I took a secret delight in a film called The City, made back in the early ‘30s. It’s an artistic, experimental documentary starting in rural America, and ending in New York City. The ending is extraordinary. And it really shows you what America was like at that particular time in our history. In such a dynamic way. But it also let us know that we’re still the same people, in may ways. We’re still active, energetic Americans. It’s a time capsule to let us know where we came from, but also to let us know what we’re connected to.” (K.N.)

2. “It was both fascinating and intriguing to go through the vaults. For me, the thing that was most impressive was the tour guide. The docent. He’s an incredible source of information, but also he’s so passionate about preservation. He humanizes this subject. Other documentaries about film preservation tend to be very dry, and unless you’re a film preservationist, you can get lost. We tried to humanize the whole concept of how important film was to us, as individuals and as a society.” (P.M.)

3. “I think the reason this is the best American film list is because it’s not driven by commerce. Many other lists are driven by the needs of the marketplace, whether it’s a studio, or fundraising or whatever – this list is simply to identify the most important American films. Not the greatest at the box office, or the greatest in the sense of popular appeal, but the ones that really reflect who we are. At the end of the day, those are the most important ones. There are many popular films that have faded, and become dated very quickly. They were good for that moment. But these are films that last.” (K.N.)

4. “It was a really daunting prospect to decide what films should be in, and what particular clips. Because we didn’t want to just repeat the same old clips that everybody else has used. Although, of course, there’s The Wizard of Oz and Star Wars. But we’re real happy to be showing clips from Topaz, a film that has rarely been seen. That was the real pride of it, not so much showing a Star Wars clip, but showing Topaz. (K.N.)

5. “Many times, we went into an interview with an agenda. But then our interview subject steered us another way. And so we ended up following the passion of the interview subject. In the case of the gentleman who talks about The Best Years of Our Lives, we found out that he was a bombardier in World War II. So we asked him ‘did any film represent your experience accurately?’ and he told his story. (P.M.)

Watch the trailer on this page 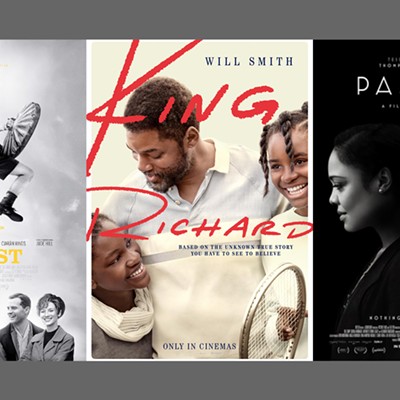