CURRENTLY in its third season, Shatterbox is a "culture-shifting series" from Refinery29, in partnership with Level Forward.

The point is for female storytellers to have a platform to create short films that “redefine identity, imagination, and storytelling.”

Since the series launch in August 2016, Shatterbox has developed and distributed more than 20 short films to date. Three Shatterbox films are currently being developed into features, including Good Time Girls by Courtney Hoffman, who is also slated to direct Steven Spielberg’s upcoming film, Ruthless.

Shoot, directed by Veronica Rodriguez, in which “two prestige auction houses engage in the ancient form of ritualized combat.” 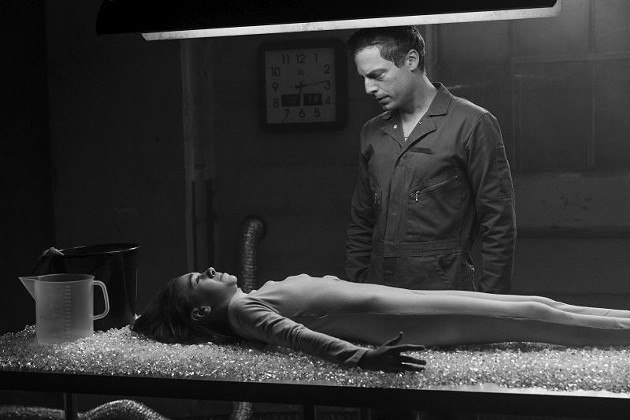 Girl Callin, directed by Tiffany J. Johnson, which is about what happens after a drug deal goes awry, and “two best buds make a presumably careless decision.”

Wingmen, directed by Nicole Emanuele, about a bachelorette party going off without a hitch until the bride and her maid of honor get a call to report for active duty.”

Jack and Jo Don’t Want to Die, directed by Kantú Lentz, in which a dissillusioned man “works the night shift at a freezing facility where people choose to halt their lives.”

Dorothea’s Blues, directed by Channing Godfrey Peoples, “The story of an African-American woman who is rocked to her core when a national news event opens up an old wound.”

White Echo, directed by Chloë Sevigny, which involves the “power of persuasion, belief, and frenzy” during an Ouija board session.

We spoke with Shatterbox executive producer Shannon Gibson about the whole project.

“This was always designed to advocate for more female directors,” she says. “We do that by providing enough money so that they can make something great. At the same time we want to be an incubator for ideas.”

While the main focus of Shatterbox is on female directors, the entire industry remains pretty male-dominant – even more so in areas such as directors of photography, for example.

“We are really staying focused on women directors right now,” says Gibson. “There are actually a lot of women in film school — by some measures over fifty percent of film students are women. But for whatever reason, many women directors sort of fall off the radar after making their first feature. Lack of access to capital seems to be a big reason why.”

While much of the industry’s creative focus is turning to streaming TV productions, Gibson says Shatterbox views the industry as more of a continuum.

“A lot of women directors do want to do TV in addition to film,” she says. “Our goal is to first get them into the system. We want to make sure we are creating a space for a really big diversity of genre. Whether it’s sci-fi, comedy, drama, or whatever, we want to make sure women have a range of opportunity.”

Not all Shatterbox directors are lesser-known. This year, for example, actress Chloe Sevigny is directing a short. Kristin Stewart is another well-known actress who has participated.

“The transition between acting and directing is still an important one,” Gibson says. “Chloe, for example, is absolutely a director as well as an actress. She just needed an opportunity to make that transition.”