Instagram winner to meet fashion and design giants at SCAD 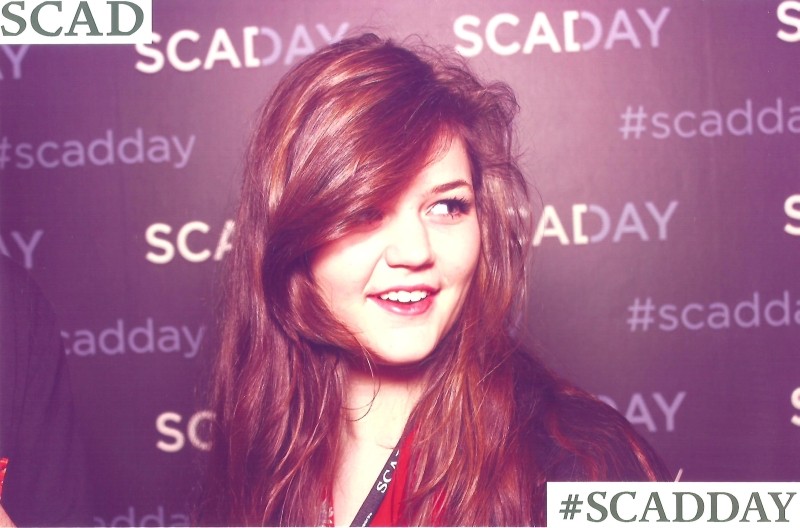 WHEN IT COMES to realizing her ambitions, Izzy Lamb is already ahead of the game.

The Birmingham, Ala., high school senior takes classes in film and design. She spends her free time sewing bags and other original accessories to wear and sell. She has already been accepted to several art colleges. She’s also a prolific social media maestro, following and reaching out to her design and fashion idols.

Thanks to Instagram, she’s going to meet some of those idols in person.

Last week, Lamb won an all expenses-paid trip to Savannah for SCADstyle, a four-day extravaganza of lectures, events and workshops with some of the world’s most influential style and design leaders.

Fashion designers Alexander Wang and Prabal Gurung and editors from Vogue and Women’s Wear Daily join graphics icon Stefan Sagmeister, “It Girl” filmmaker Quentin Jones and others on SCAD’s Savannah and Atlanta campuses April 14-17. All lectures and events are free and open to the public.

In conjunction with a series of videos that asked those luminaries what style means to them, SCAD invited high school students to describe the same via a 15-second video uploaded to Instagram with the tag #iamscadstyle.

Eighteen year-old Lamb filmed herself outdoors layered in vintage lace sweater and denim, offering that“style is expressing who you are ... channeling your personality through what you wear.”

SCAD Director of Creative Initiatives Molly Rowe reports that the judges were charmed by the submission.

“Her personality, individuality and sense of style truly shined through,” wrote Rowe in an email announcing her #iamscadstyle winner. “A true style-setter, in all senses of the word.”

On the phone after school, Lamb elaborates that design is essential to expressing creativity.

“I think everyone wants to be an influence on their world,” she says.

Lamb will get special seating for events and looks forward to attending Stefan Sagmeister’s lecture on “Design and Happiness” and hearing what Alexander Wang says to Tom Ford CEO Domenico De Sole.

She’s most excited that SCAD has arranged one-on-one facetime for her with three of her favorites from the SCADstyle lineup, including Vogue’s digital creative director, Sally Singer.

“I’m definitely a Vogue girl,” declares Lamb. “I really like how Sally Singer mixes up the punk elements with classic pieces.”

She’s also a fan of Quentin Jones, the illustrator and filmmaker who has been making waves in the fashion world since Chanel picked up her quirky photo montage to launch the brand’s new line of nail polish.

“I’m taking a film class right now, and it’s so interesting to look at Quentin’s work, the cut outs and types of shots she uses,” muses Lamb. “I like her style and the way she can make something so polished out of all these different elements.”

Sofield’s modern designs grace some of the world’s most luxurious residences and hotels and have earned him the descriptor as a “choreographer” of spaces. At SCADstyle, he’ll participate in a conversation with Architectural Design editor Mayer Rus.

“I like to sew and make things, but I’m most interested in architecture and interior design,” says Lamb, whose mother works at one of Birmingham’s largest architectural firms. “I want to ask Mr. Sofield how he started, what inspires him now.”

This won’t be Lamb’s first trip to Savannah; she visited SCAD while scouting colleges earlier this year. While she hasn’t made a final decision about where she’ll spend the next four years, she’s definitely committed to a career in design.

“I think working in design and creativity will be different from a regular job, like a doctor or a teacher,” she says. “Those are really important. But I think design helps the world, too.”

She adds that she’s profoundly grateful for the opportunity to jumpstart her higher education at SCADstyle. The thrift shop frequenter also admits that she could use the inspiration when it comes to creating interior spaces.

“Actually, my room is kind of outdated right now. I painted it in sixth grade, and it’s all polka dots and stripes,” she laughs.

“But my dorm room’s going to be really cool!”