She Returns From War explores and empowers

She Returns From War, Grace Joyner

SHE Returns From War is the brainchild of Charleston music staple Hunter Park, whose intelligent and emotive songs have successfully woven themselves into the fabric of the Lowcountry’s greater music community. Now a major player in Charleston and beyond, Park is back with Mirrored Moon Dance Hall, a beautiful collection of songs masterfully produced alongside local producer and Charleston music tastemaker Wolfgang Ryan Zimmerman (Brave Baby, Band Of Horses).

With a slightly new band in tow, Park is embracing a more collaborative approach to her career – even going so far as to utilize the visual and marketing talents of drummer JP Chapa to help elevate promo material and artwork.

Park, who brings her new songs and revamped band to El Rocko Lounge on September 22, spoke with us ahead of the show to talk about the album, using her art as a tool for empowerment, and what the future holds for country music. 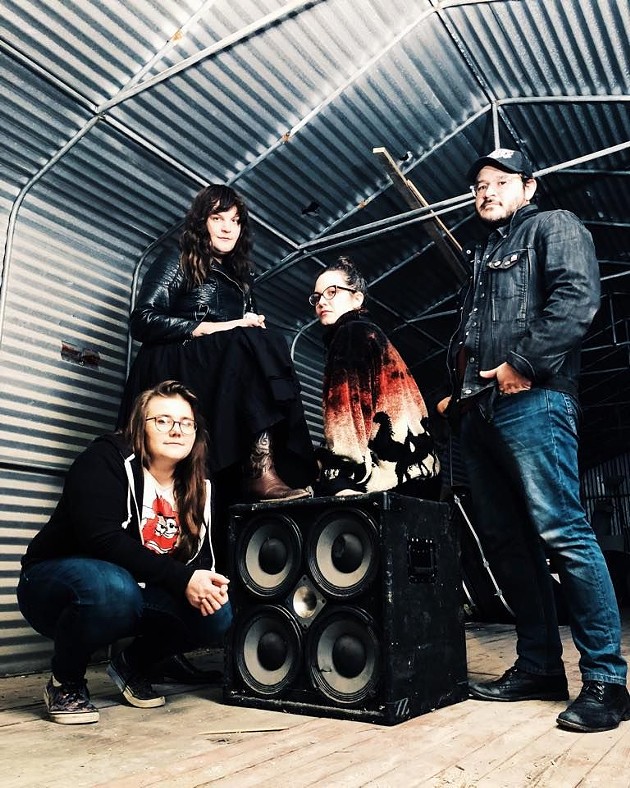 The new album seems to be a really big step sonically. Was that deliberate or was it something that just happened organically in the studio?

I’m always trying to build and differentiate, because I do believe that if I’m going to rep this whole cosmic thing then I need to kind of prove myself. I’m not just folk, I’m not just country, I’m not just rock. I want to incorporate all things because in order to be really educated in music and work towards your mastery of it, you have to explore things.

It was great on this record because I was able to ask my friends for help and get a lot of the Charleston music scene involved. Which is amazing, because we’re such a community. The ability to have so many musicians work towards putting this record out was so important.

Was that something that took a lot of planning, or did it take shape as you were recording and bringing people in?

What happened was, I’d finished promoting the last record and it was kind of standing on its own when I decided I wanted to get back into the studio. We were working out of our bags for a while, but we stuck with it. It took three years to actually put the record out, but incorporating so many people came naturally because everyone had so much going on that we had to pull from everywhere we could.

As far as Ryan’s role, was it more collaborative than the last record? Did he allow you to execute the vision in your head, or were you letting him take the reins as a producer?

Ryan and I worked really well together in the sense that everything was on the table. I didn’t say no to anything at all. If he had an idea we’d try it, and he did the same thing for me but in a more supportive way. When I would get overwhelmed, he’d kind of be there to be like, “Let’s relax, let’s think this out.” So I was lucky in the sense that I was able to really let things happen naturally because we could be open with each other.

So if you needed to step back for a second, he could jump in and push things forward. 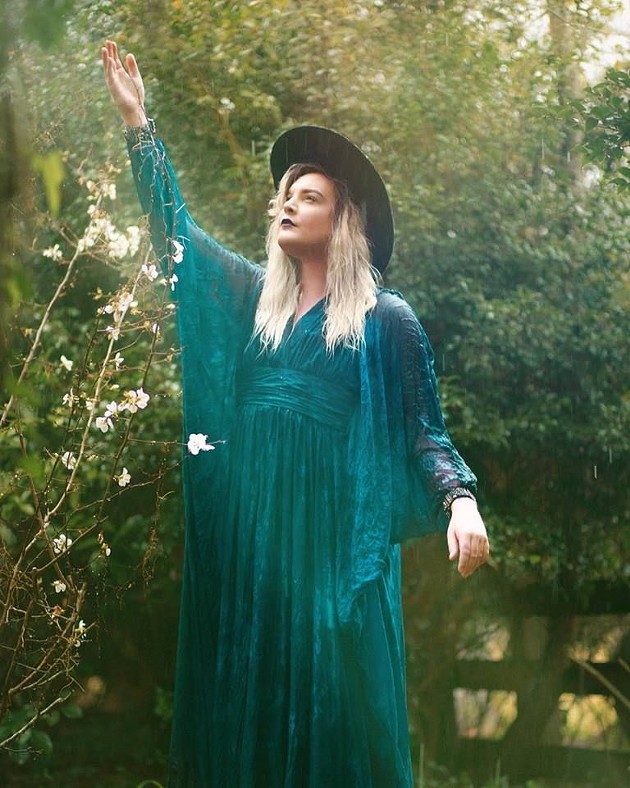 How long were you writing the songs?

I’d written a few of the songs prior to the release of the first record, or at least had started conceptualizing them. But working with Ryan helped me finish them. I also started writing some things while we were in the studio.

So to that point, do you feel like a lot of what’s been going on in the country informed the music at all?

Let me put it this way – She Returns From War is about empowerment, and it’s about strength. You don’t have to be a woman to get behind it, but it is coming from that idea of empowered womanhood and how much women have to go through to put up with just existing. So I believe that no matter what the political agenda is currently, I’m putting out music to empower people from an emotional standpoint. Tensions are really high right now, so I want people to know that there’s a voice in the underground. Sure, all of this stuff is going on. But we’re surviving it.

Hearing you talk about using the band as a force for empowerment, I think it’s really timely right now. It’s a strange time for women, and it’s a great time because a lot of things are happening that are long overdue in terms of sexual harassment and misconduct coming to light. Have you had moments where people have reached out to you and let you know that your music has helped make them feel more empowered or feel like they can speak louder?

People have come up to me at shows before. It means so much and I love it when people reach out. Sometimes people have reached out in meaningful ways and told me that they felt like I was helping them get through something that they were working through – whether it was identity stuff or whatever was happening in their world. I love that because I want more than anything for my music to stand on its own openly and honestly. The music scene can get really egotistical and in order to get out there you kind of have to play into that, but in an ideal world it wouldn’t be that way. So having people genuinely feel things about my music is refreshing and keeps making me want to do it.

From your perspective as a trans artist right now in America, do you think that the climate has changed?

I’m still suffering every day. I’m a victim of people’s ignorance constantly, and I don’t believe that people have done enough to support trans people on a humanitarian level. There’s still trans people dying every day. I’ve seen so many people rise up with fists and want to get active but it’s like, what the fuck do you know about activism when you have all of this cisgender, heterosexual privilege?

I’ve seen some of my closest friends in the music scene be just fucking ignorant. I suffer from that, and I do the best that I can as an artist. I have a lot of privilege in the way that I do have support. But if you want to get active and support trans artists, why don’t we look at the longevity of trans people’s careers in music? Not just because it’s trending. I feel like if people really cared about trans people and their art careers, we would be seeing a lot more longevity in those careers.

Do you think it goes back to privileged people not experiencing enough outside of their bubbles? Does the change start with people just acknowledging their privilege?

That, and also just acknowledging that some artists aren’t trying to live an emotional and tragic life. People who are artists, including trans people, just want to fulfill experiences and enrich people’s lives through music. I can live a relatively normal life, and I think a lot of people are ignorant to that fact. That’s ignorance in itself.

In terms of country, folk, and Americana right now, it seems like it’s taking on a more experimental approach and pushing more boundaries as an umbrella genre. I think there are different versions of that happening. What do you think is the motivating factor behind pushing the boundaries of a style or genre that maybe is most closely associated with a certain sound?

I think there’s this really cool sentiment to country music. I think a lot of people attach really heavily to that, and that’s why people are utilizing it as a platform to experiment. Because people attach to it, it can be used as an agency of change. I use country music as a way to show that I’m different but also that I’m good at what I do.

Will the pop-country stuff peter out? Or will there always be an audience for that?

There’s always going to be an audience for that because there will always be people wearing those cross-studded jeans. People love that shit because people love trash! I like trash sometimes. It’s comfortable. It’s nice to feel that way. I had a camo wallet for the past eight months before I lost it on tour! Sometimes I love it. But it’s not helping anything.

How many songs about Ford trucks can there be before we get to something more meaningful?

It’s like, that’s not helping the state of our nation. It’s also not speaking to the intellectualism of music and what music can do. I believe that there’s always going to be people who love that, because I even love it sometimes. But I think that people are starting to grow up a little bit. We’ve been slowly but steadily moving towards something like this.