Shehehe brings an Endless Summer to your winter

Athens punks return to The Jinx 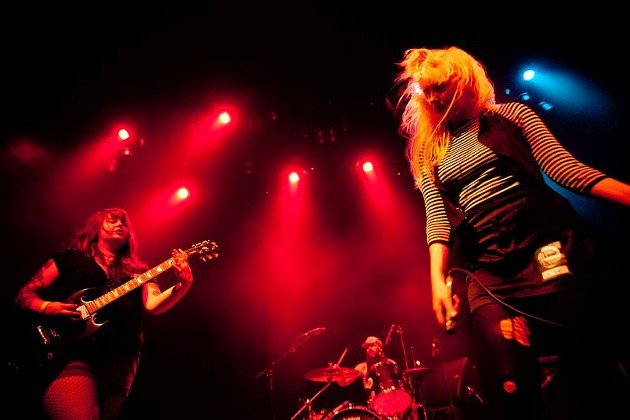 Noelle Shuck and Nicole Bechill at The Georgia Theater.

GEORGIA'S rock 'n' roll queens (and kings) are back.

Since 2011, Athens punk/American Jet Rock band Shehehe has been churning out lean, anthemic songs made for shooting whiskey, sweating, and singing along with all your friends in the front row. Now, they’re back with their third album, Endless Summer.

The band brings the new record to The Jinx for a show with new Savannah punks The Ramages, playing their second gig, and dad-punk stalwarts Jeff Two-Names and the Born Agains.

Over 14 tracks—the longest of which, “Costa Rica Dreaming,” clocks in at just 03:07—the band’s kinetic energy is tangible through dynamic gang vocals, drum fills, and sleaze-rock guitar tone. Shehehe has gone through several iterations and evolutions, and their most recent recording exhibits a band in its prime.

“We keep getting better,” says band co-founder Fusco. “It’s been the four of us without any lead guitar in this lineup for five years now. This is, really, the first full-length we’ve done just the four of us.”

Playing as a foursome has helped the band streamline and refine their sound.

“There’s really no lead breaks,” Fusco says. “The songs are more rhythm-driven, and Derek plays some lead on bass—he’s our John Entwistle from The Who! And Noelle holds down rhythm. We had to write more interesting parts to make the songs more rhythmic—more breakdowns and stuff, dropouts. We learned how important space is. Drums, no drums, vocals, building it back up.”

Each song buzzes and pops like an egg on a hot sidewalk, radiating summer energy as the band sings about a myriad of experiences and missing life on the ocean (Shuck was born in Hawaii and Bechill, Fusco, and Wiggs grew up in Florida).

“The main reason for the title Endless Summer is that when I was younger and learning to play drums, we would put surf videos on in the background, and I would put Endless Summer on mute to make it more interesting in the band room,” Fusco says.

It’s a tradition that carried over into Shehehe and even into the studio for the album’s recording.

Tracked at Columbia’s Jam Room, the studio of choice for many a Southeastern rock band, the making of Endless Summer was like “rock ‘n’ roll summer camp.”

A sleep-deprived Shehehe, fresh out of a gig, headed into the Jam Room for a furious recording session, sleeping in the studio and pushing all their energy into a cathartic recording session. 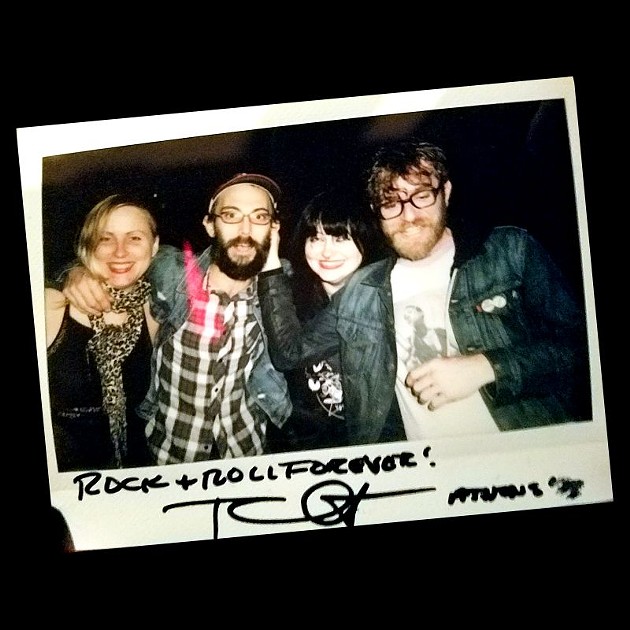 A lot has changed since then. Bechill, was eight months pregnant while recording her vocal takes, and she and Fusco are now parents. See their tribute to the almost-two-year-old on Endless Summer’s final track, “Ramona Ray.”

“Ramona goes with us on the road,” Fusco shares. “We bring a friend that’s a nanny. When she’s not sleeping, she stars at Derek and judges him! If he’s been drinking the night before, she knows. She sleeps during practice, it’s really crazy. Her room isn’t too far away from the space, but it’s soundproofed really well. She shared this music in Nicole’s belly.”

Shehehe already has plans to hit the studio in March to create a fourth LP. They’ll work with Mike Albanese, drummer of the bands Cinemechanica and Bit Brigade, at his Espresso Machine Studios.

“Being a drummer, one of the hardest things to get in-studio is drum sounds. We’ll probably have Jay [Jam Room] master it and keep him involved. We’re just trying different things...We usually do a couple takes, and most of the time the first one is good. I think if you keep playing, sometimes you have too much time in-studio. You overthink it. It’s great to set a deadline, otherwise you’ll never get things done.”

The band looks forward to returning to The Jinx, one of their favorite venues.

“They’re always good to us,” says Fusco. “We love Savannah, love The Jinx. Expect fast, loud, and fun music that’s always melodic. It’s punk rock, but you can sing along even if you don’t know the words.”