Shifting the bike vs. car paradigm

THE YOUNG MAN, who had been impatiently revving the engine of his Dodge Durango, stomped on the accelerator and roared past about two feet from my left elbow as soon as the light changed.

This was his way of reminding me that my bicycle will never be as powerful, fast and cool as his ride. At least that’s what I presume people are trying to convey when they attempt to intimidate cyclists.

Folks regale me with tales of misdeeds perpetrated by people on bikes and urge me to do something about growing scourge. I listen patiently and say, “Believe me, I don’t condone that sort of behavior.”

And I don’t. A big part of my job is helping people understand and employ riding tactics that reduce their vulnerability.

I usually ask people to describe the person they saw riding a bike recklessly and answers are almost always the same.

Then I paraphrase Jeff Mapes, senior political reporter for The Oregonian newspaper: Young men, as a demographic group, have a tendency toward risky behavior.

When we see a guy doing something stupid on a bicycle, we can at least be glad he’s doing it on a bicycle instead of behind the wheel of a 2-ton SUV.

While it is true that people on bikes can pose a threat to people who walk, a legion of scofflaw cyclists cannot inflict the amount of pain, suffering and death as one young man driving a Dodge Durango.

Be that as it may, I’m often told, we should press pause on plans for new bicycle lanes until cyclists start obeying traffic regulations. They sometimes quote the bumper sticker. “Same rules. Same roads. Same rights.”

It’s a snappy slogan that’s been remarkably effective. Even people who don’t ride bikes and know little about laws relating to bicycles are familiar with the phrase. Unfortunately it describes a utopian ideal instead of the reality on our streets.

Same rules? Technically, yes. Bicycles are considered vehicles under state law and people on bikes are required to follow many of the same traffic regulations as drivers.

But what if we applied the “no new bike lanes unless cyclists earn them through good behavior” approach to the world of driving.

Earlier this year, Politifact Georgia analyzed a reported spike in deadly automobile wrecks. They found, “it’s clear the number of fatal crashes in which distracted driving was a factor jumped nearly 64 percent in five years.”

We should halt every highway project in Georgia until drivers stop texting! After all, we have the third-highest rate in the nation for drivers who text while behind the wheel, according to the Governor’s Office of Highway Safety.

Same roads? Not really. Is the experience of traveling on Abercorn Street the same for people on bikes and people in cars? Try riding a bike from Mall Boulevard to Montgomery Crossroad and let me know what you think.

When streets are configured to maximize motor vehicle speed and throughput, they are deadly for people who walk and ride bikes.

Same rights? Hardly. As Mike Dayton recently wrote on the Bike Law blog, driving a car is a privilege not a right. On the other hand, the right to use public roads dates back to Roman times and was affirmed by court cases in the U.S. when bicycles first hit the scene back in the late 1800s: “This right of the people to the use of the public streets of a city is so well established and so universally recognized in this country that it has become a part of the alphabet of fundamental rights of the citizen.”

Dayton suggests, “Let’s savor that thought for a moment. Riding a bike on the public streets is ‘part of the alphabet of fundamental rights of the citizen’.”

Yet when streets are too dangerous for people on bikes to use, we’ve effectively stripped citizens of their rights.

I’m not trying to stir up a fight between people who ride and people who drive. (That would only create internal conflict for those of us who do both).

We should all be on the same side and here’s why: When streets are made safer for people who walk and ride bikes, they become safer for everyone, including people who drive.

What’s more, research indicates better bicycle infrastructure breeds better bicyclist behavior. So if you’ve had it up to here with all those rule-breaking cyclists, take a stand! Demand more bike lanes! 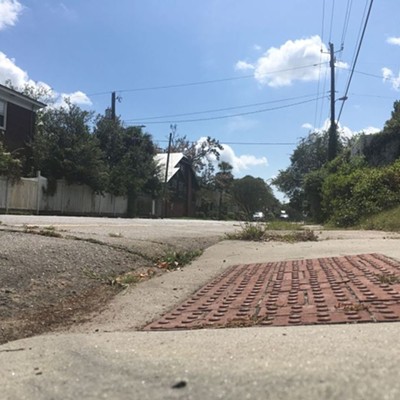