Peter and Janie Brodhead on the legend of Brighter Day Natural Foods: past, present and future

Still Shining After All These Years: Brighter Day 40th Anniversary

WHEN Janie and Peter Brodhead bought the property at the corner of Bull and Park forty years ago, they were taking a huge gamble.

They were, after all, two college kids opening a health food store in the south in 1978, long before Whole Foods and Trader Joe’s brought healthy living to the mainstream.

Nevertheless, they persisted, and this Thursday, Brighter Day celebrates 40 years in business.

The party takes place at the American Legion ballroom and offers a tasting fair from Brighter Day’s vendors, a series of mini-lectures on topics from CBD oil to mushrooms, and a toast, complete with vegan organic carrot cake. 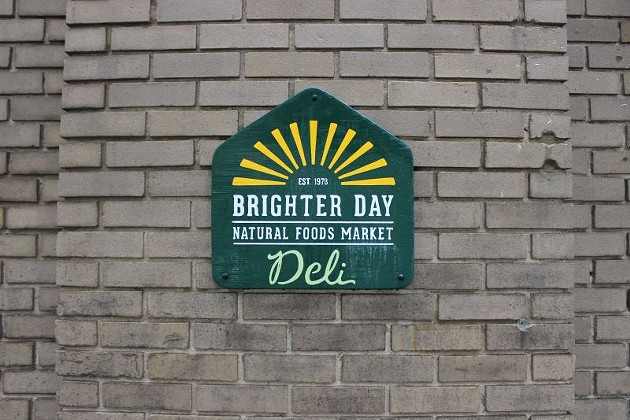 We caught up with Janie and Peter before their big day.

Tell me about how Brighter Day started.

Peter: We were—boy, it goes back.

Janie: We were living in Macon.

Peter: We were going to Mercer, and I ended up working for a bank in Macon for a while. I was fired by the bank job and I was hired by a health food store two days later. I was already eating healthy food and learning about herbs.

When we visited Savannah, I was like, holy cow, this is a European city here in the United States! I heard that there was a health food store for sale in Savannah, and I thought, let’s go check it out.

Janie: And the rest was history.

Peter: We bought the store and came in in August, and they had no air conditioning. It was 100 degrees in the store.

Janie: And we were living where the deli is because we had no money.

Peter: We knew we couldn’t be open when it was that hot, because all the food will rot, so we closed and said we’d open in October when it cools off. We had to throw the food away.

Janie: We started out by putting out one of each thing that we liked to eat because we were into natural foods. Customers came along and wanted to buy something and we’d buy two more and we’d buy two more and have three on the shelf. If someone asked us to order something, we’d stock that. We started very small—even the bank at that time said, “You’re a nice young couple, don’t do it. This is a bad idea.”

Why were they so against it?

Peter: This was a very crime-ridden area back then.

Janie: And what person in Savannah, Georgia, was going to eat tofu back then?

Peter: Now, the big national trade show for our industry is one of the largest in the nation. In California, they have 80,000 people at one trade show. 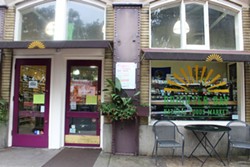 Janie: Our customer service and our knowledgeable staff, especially Peter’s knowledge, has been what’s really grown the business. It’s been so exciting.

Peter: And Janie’s acumen—she keeps it up and running, let me tell you. This place would not function, period. Give her the credit!

Janie: There’s a couple things that are amazing that natural foods grew to the point where it’s available everywhere, but it’s to the point that we’re still here. There’s not many mom-and-pops left. We are a mom-and-pop, and we’ve been married forty years, too. It’s great that we still enjoy being together. We raised our kids in the store. When we remodeled, we kept adding on storefronts, and when we remodeled the last one where we took out the drop ceilings and window units, we put up a tent and told our kids, “We’re going to have to camp out in the store for a few weeks.”

Peter: We’d have to take sections of the store and put them back up the next day for the construction people to start a different project.

Janie: We’d read the kids stories and put them to bed.

Janie: We really are a family-owned business and to be an independent, family-owned natural food store is pretty unique in this country.

Not only have you watched your industry grow, you’ve seen this block south of Forsyth flourish. What has that been like to witness?

Peter: We always had neighbors that were kind of scuzzy, and when the Sentient Bean came along in 2000, that was a game-changer. We finally had a neighbor along the same philosophical lines as us. When they opened up, it was like, “Oh my God, you’re doing organic coffee, you’re doing this, we actually have an anchor now. That really started a big change in the end of Forsyth Park. We were holding the fort all these years—22 years before the Bean. I love that Bull Street is all independent right now.

Janie: Then to see SCAD students transform the city.

Peter: SCAD took us from being a Southern town to a little more progressive.

Janie: We love having artists as our employees. It’s been really fun watching these different people go through school and do different things with their lives.

What are your plans for the next 40 years?

Janie: At this point, we’re celebrating our gratitude and how happy we are that we got to this point. The party [Thursday] is a celebration of thanking our community. We’ve done tasting fairs in the past, but it got to the point where we had parking problems, so we decided to do it at the American Legion. We got in touch with our vendors and it snowballed to the point where Peter’s downstairs trying to organize it all.

Peter: We have so many good freebies to give away—a really fun day.

Janie: We’ll have lectures on mushrooms and Peter’s talking about CBD oil. I’m the glue, but Peter is the sparkle. He has really been so dedicated at educating our community and he’s always been on the cutting edge of what’s been the next thing to happen. You’ve really brought in a lot of lectures.

Peter: We’re very committed on education as part of our mission.

Janie: For the future, we just hope that Brighter Day will continue nourishing our community.

Peter: We’ll have to pass it on—

Janie: But we’re not there yet! 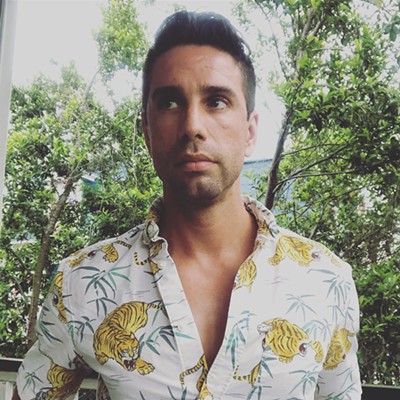 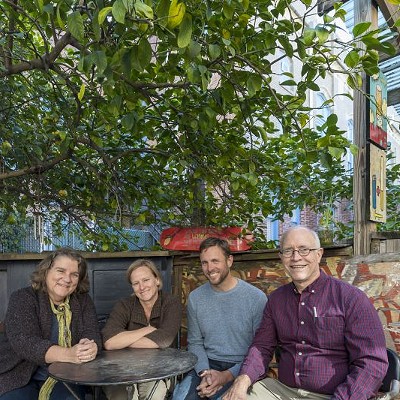