Ships of the Sea celebrates 200 years of the SS Savannah 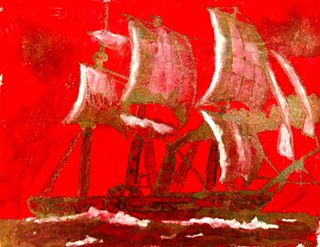 THIS Wednesday, Ships of the Sea Maritime Museum celebrates the 200th anniversary of the SS Savannah’s historic trans-Atlantic crossing.

The event includes a commemorative ceremony by the Propeller Club, a performance by the Parris Island Marine Band, and food and drinks.

We spoke with Wendy Melton, Curator of Exhibits and Education, last week.

Tell me more about the significance of the date.

May 22 is National Maritime Day. It was established in 1933 by Franklin Roosevelt in honor of the SS Savannah; it was the day the steamship left the port of Savannah for her historic transatlantic crossing.

In 1819, President Monroe came to visit Savannah on his Southern tour, and in celebration, they had William Jay build a pavilion for him in Johnson Square. So I did some research to find out what I could about that pavilion and how it was built and decorated. We’re going to try to replicate that in our North Garden Assembly Room. We can’t do everything that William Jay did, but it’s going to be modeled with a twist on the William Jay pavilion.

Why is the SS Savannah such an important ship in history?

It transcended the age of sail to the age of steam. It was ahead of its time because it was successful and it came back, but due to an economic recession at the time, the Savannah failed to find investors. They wanted to sell the ship, so they stripped it of its boilers and it became a sailing packet, which was unfortunate. But it showed that type of transportation across the ocean could happen. It was another 20 years before it was really successful.

William Scarborough, who was the owner for the house we’re in, was the president of the Savannah Steamship Company. He’s quoted as saying, “In thirty years, this is going to be the way transportation is carried out across the Atlantic Ocean,” and he was right. I have a map from 1819 and there’s one little steamship going across the Atlantic Ocean. You look 50 years into the future and they’re just everywhere going across.

Tell me about Robert Morris, the featured artist.

Robert Morris is the communication director for the port, and he’s a fairly well-known artist here in Savannah. His focus, the art I know of Robert’s, is maritime art, and working for the ports, he has an incredible insight into that connection. His work is really powerful and very insightful, and I couldn’t have asked for a better partner in putting together this exhibit.

We talked about the Savannah story—there’s books written about the SS Savannah, you see markers about the Savannah everywhere in the city—but I wanted to tell the story in a different way and a more simplistic way to show when she left and how that happened and her return and what that means.

Why is the SS Savannah important for our present and future?

It brought in the age of steam, and we are in a way, even though we don’t necessarily use steam power anymore, we use some of the components of the Savannah. One of Robert Morris’ paintings deals with the wheel of Savannah and how that wheel is still used on container ships today to drive the vessel.

The idea for the SS Savannah was in the beginning, it was entrepreneurial. William Scarborough and some other investors wanted to see if they could do it. They were just investing this money just to see if it could be done, and they also wanted to create a passenger ship.

The goal of the SS Savannah wasn’t really to carry cargo, but to carry passengers. That was something brand new because for all ships back then, their main objective was to carry cargo. That’s where the money was, and passengers were secondary. If there was room left, you could book passage.

And [the goal] was to carry passengers from Savannah—not New York—to Liverpool, England, and it could leave at a certain time. That was unusual, too, because it was all contingent on the tides and the wind when you could leave. They had steam power, so they could get out of the Savannah River into the ocean.

The Savannah was a hybrid vessel that people couldn’t conceive of at the time because steamboats existed, but steamboats were only supposed to travel short distances close to the coast because they couldn’t handle the force of the ocean. We call everything oceangoing a ship these days, but back then, a ship was a particular type of vessel. It had three masts, usually square rigging, and it was strong, meant to cross oceans. So when they put this component from something not really supposed to be out in the ocean to something that was, it blew people’s minds. “What is this?”

Speaking of Ships Of The Sea Maritime Museum , SS Savannah 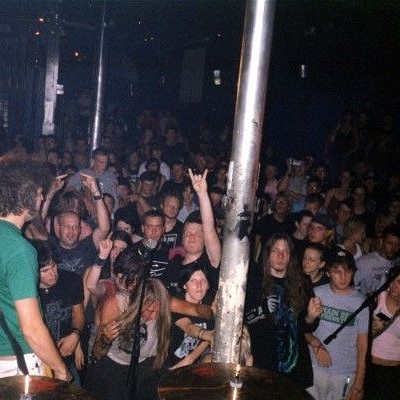 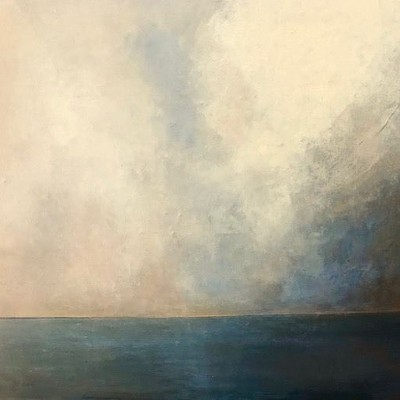 AURA Fest keeps it heavy in the Hostess City