The Ships of the Sea Maritime Museum welcomed a new model of the USS Savannah, the newest of six ships named in honor of the city of Savannah. Gifted by  the Savannah Navy League, this is the first new ship model for the museum in nearly ten years.

The new model is a replica of the U.S. Navy’s Independence-variant Littoral Combat  Ship, which was commissioned in Brunswick, GA on February 5, 2022. An LCS is a  high-speed, agile, multi-mission combatant designed to defeat growing littoral (coastal)  threats and provide access and dominance in the coastal water battlespace.

“The Savannah Navy League Commissioning Team thought Ships of the Sea Museum would be an excellent place to showcase the replica of the new LCS for two reasons:  the museum is a tourist attraction that features the history of Savannah ships, and the proximity of the new USS Savannah LCS-28 model to where the first Savannah is  located,” said Commissioning Chairwoman Patricia Yovich. The new model joins three other USS Savannah models in the museum’s collection, whose histories range from 1820 to 1947. The current models include the USS  Savannah, a coastal galley that provided harbor defense for the port of Savannah; the USS Savannah, a frigate that served as the flagship of the Pacific Squadron; the USS  Savannah (CL 42), a Brooklyn-class light cruiser.

“Ships of the Sea is honored to receive such a resplendent gift from the Navy League,”  said Interim Director and Curator Wendy Melton. “The model of the USS Savannah LCS-28 will be a welcome addition to our collection and aid in the museum's mission to  interpret this region's exalted maritime history.” 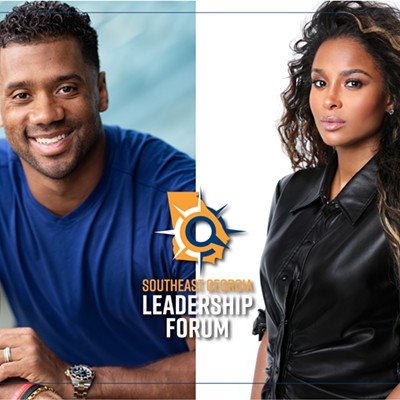