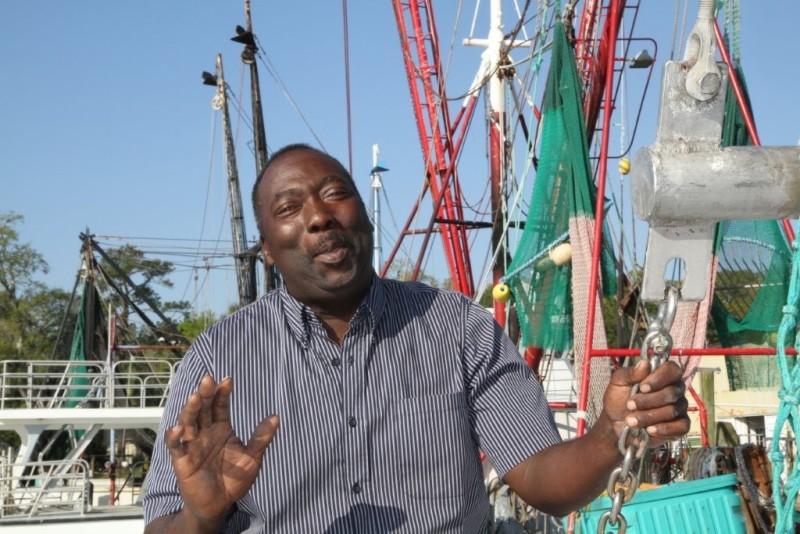 THERE are few things more noble about coastal living than Wild Georgia Shrimp. Served in a salad on toast with crisp lettuce and tomato, its succulence is cool and regal.

I call it King Shrimp. And the monarch of this realm, in my opinion, is the hard-working harvester who gets up early and stays out late so I can enjoy it.

Darien shrimper Morris Butler has been doing just that since he was 10 years old, at his father’s side. His loyal subjects can’t wait for his feast to show up in a market.

“A whole lot of people are calling me about it,” the 58-year-old waterman says, silencing his ringing cell phone. “I had a couple of guys call me. It’s just a glorious time.”

I’d give you his number, but trust me, he’s hard to find when the shrimp are running. He might be out working for 12 or 20 days straight. Once he went 58 days without a day off.

Butler remembers bad years, like 1979, when shrimp nearly vanished. And he remembers good years, too, like 2012, when the little things “jumped around the boat like rain.”

This year, the haul is good but the going rate isn’t.

“We wish the price had been as great this year as it was last year,” he says. “But it’s not and there’s nothing we can do about it but thank God for what we’re getting.”

If shrimpers were catching what they were back in the 1980’s, price wouldn’t bother him as much. Average harvests have sunk by about a third to half since then.

“There used to be shrimp everywhere,” he remembers. “The shrimp we’re catching now for the whole year, 20 years ago, the boats used to catch that in three months.”

You might call the 1980’s Butler’s “salad days” if, as I suggested earlier, you take that salad with some mayonnaise, celery, mustard and seasoning.

But this seafarer doesn’t fatten his memories in Miracle Whip. When he recalls some of the unsavory risks he took as a young shrimper, he shakes his head.

“You didn’t pay any attention to the danger of things like jumping off the boat onto the dock,” he says. “But now, you do things the senior citizens way, slowly and carefully.”

He’s never been hurt on the job. But once, a captain was rushing back to the dock, took a shortcut and rammed their boat onto an unseen sandbar. That jolted him.

“We got the nets up,” he says. “Finally, we got off the bank. We laughed about it later.”

Then there was the captain who took him out in a nasty storm. Two other boats didn’t make it back. But he holds no grudges, even after working with lots of captains.

“A good captain produces,” he says of the best. “He takes care of the boat and looks out for crew, safety first. It’s how you treat brother to brother, honest and fair.”

He once captained his own boat, “God’s Property.” But then his kidneys failed, the economy tanked and, well, nobody called for shrimp those years.

But he came back. And to honor his dedication, his shrimping peers voted him this year’s Grand Marshal of the Blessing of the Fleet boat parade, held this past April in Darien.

You might call it a coronation for a grateful, good humored VIP of Valona, home port of the “Sundown,” the boat he now works.

And call him a king when you slather that sandwich.