SIDELINE began as a group of musicians who all had careers of their own but needed another outlet. The project soon began to take off unintentionally, and the band found themselves devoting the majority of their professional lives to touring and recording together.

The band is now a force to be reckoned with, recording a number of albums and spending hundreds of days on the road per year. Their latest single, “Thunder Dan,” recently garnered the number one spot on Bluegrass Today’s coveted list of the top 30 bluegrass songs of 2018.

It’s a high honor for a group steadily on the rise in their genre, and they’ll be bringing their acclaimed compositions to Randy Wood’s Pickin’ Parlor in Pooler on Sat., Jan 12. 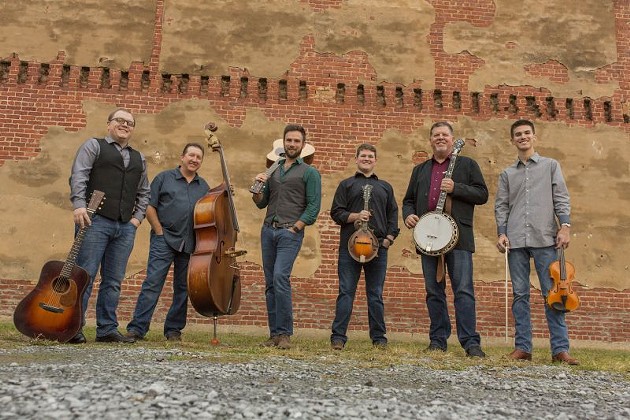 Banjo player Steve Dilling, a seasoned pro when he formed Sideline, was particularly keen initially on group being something they simply did for fun. Dilling had spent a number of years with legendary bluegrass band Russell Moore & IIIrd Tyme Out. By 2013, he’d retire from that group but had already been playing with his Sideline bandmates for several years whenever time permitted.

“With IIIrd Tyme Out, we would take off every year from Thanksgiving to New Year’s,” Dilling explains.

“Being raised here [in Raleigh, North Carolina], I had so many friends who were not really bluegrass fans but they would follow my career. They would always say, ‘Let me know when you’re going to play local.’ So I thought one year during December that I’d put together a string of local shows and invite some friends to come play with me.”

“I had some health issues I needed to address, so I had to get off the road. But after I got my health issues straightened out, we decided to start playing some,” he says of his decision to leave IIIrd Tyme Out and devote himself to Sideline.

“We were just going to play 15 to 20 songs a year, but we’d recorded a CD that got some songs on the charts and bookings picked up. We’re working 100 plus dates a year - I never in my wildest dreams thought I’d be back doing that again.”

For Dilling, his love for the banjo started at a young age. As a child, he became aware of the instrument after hearing “Foggy Mountain Breakdown” in the film Bonnie and Clyde.

He got his first banjo for his 12th birthday, and began taking lessons from a local player who dabbled in the instrument but was more proficient on guitar and mandolin. 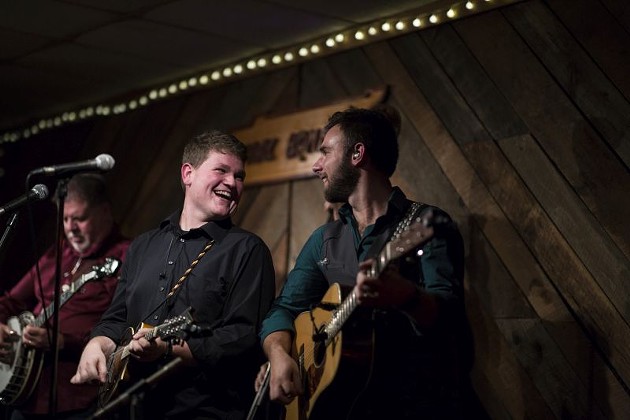 “I took a few lessons from him, probably for six months or so. And by that point, I could play better than him basically,” Dilling says. “It was the perfect time for me at that age, because all I did was go to school and play banjo. It came to me fairly easy.”

Dilling’s influences as a banjo player are wide ranging, but his early inspiration came from the likes of Doyle Lawson & Quicksilver, Terry Baucom, and J.D. Crowe. He’s developed a style all his own since the days of studying his heroes - one that is a central part of the Sideline sound.

Even after so many years, Dilling is continually enamored by his instrument - thanks in part to the younger energy and spirit of his bandmates and the excitement he gets from the music they play.

“The music that Sideline plays keeps me interested in [banjo]. With our music, I was doing it for myself and creating the music and the sound that I hear and want to put out. That drives me to play,” he says.

“These young guys in the band remind me of myself 25 years ago. Not that I’m not anxious to play, but these days I don’t come off the road and grab my banjo. I’m a husband and a father, and I’m even a grandfather now. So there’s outside interests. But these young guys in the band - we’ll finish a show and get in the bus to head to the next gig and a couple of them already have their [instruments] out and playing. That inspires me.”