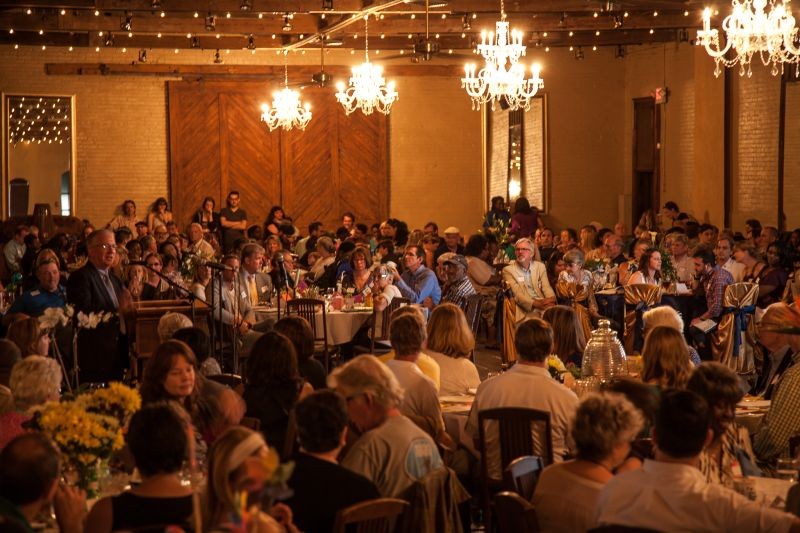 We love our Top Ten tallies and our listicles. We fuss over algorithms and catalogue click-throughs. It’s charmingly obsessive, the way we gather up data and shuffle the numbers like industrious squirrels organizing their acorn stash.

The system that yielded Connect Savannah's Best of 2016 is as simple as it gets—you voted, we spreadsheeted—but it’s still a formidable feat of arithmetic to compute more than 300 categories into this definitive directory of stupendous superlatives.

Of course, there’s plenty to champion about living here that we can’t quantify, like the dynamic tango of creativity and commerce and the dogged work of those who persevere against poverty and violence.

How about the absolute atmospheric perfection of these weeks when it’s not too hot or too cold, before the humidity returns to smother us in its summer-long hug like a crazy old aunt who likes to air dry her panties over the bed?

And then there’s the Chatham Savannah Citizens Advocacy's Biggest and Best Covered Dish Supper that took place earlier this month.

You won’t find this yearly event among the BOS 2016 winners, though I think anyone who’s attended will agree that this grassroots gathering surely brings out the best of Savannah.

True, it’s no fancy gala or tourism draw. It touts itself as the world’s biggest potluck, but the Guinness folks haven’t issued anything official.

No one makes a dollar off it, since admission is either something edible to share or a $5 donation if you can’t grab a bag of King Hawaiian rolls from Kroger on the way, though I’ve never seen anyone turned away for empty hands.

But show me another event where hundreds of people from every walk (or roll) of life can show up with no RSVPs to a party with no set menu, no paid servers and a crowd sourced collection of different colored plates, and I’ll eat my hat. (Fortunately, most people just bring casseroles.)

The potluck started as the annual conclave of the organization that pairs able-bodied denizens with those at risk of falling through the cracks.

Run by bearded social change maestro and 2016’s Best Activist Tom Kohler, our local chapter of Citizens Advocacy has demonstrated what inclusion looks like since 1978, helping those with developmental disabilities claim their God-given dignity.

Its cheerfully laissez-faire yearly celebration has expanded and evolved into the chosen meeting place of Savannah’s Beloved Community, defined by Dr. Martin Luther King as that blessed web of connection where every citizen is seen as worthy and capable of contribution.

To say it all happens by a wave of the Kumbaya fairy’s magic wand would be wildly deceptive. Citizen Advocacy’s Ashley O'Brien may possess the lovely smile of a fairy godmother, but she puts in a great deal of time directing the flow of this free-for-all feast.

“Every year, it always just seems to work,” she shrugged modestly as she passed out silverware and linen napkins to the volunteer table-setters, each responsible for bringing a centerpiece, ten plates and ten inexpensive, inspiring party favors.

Most coveted were the tables proffering tickets to Savannah Stage Company’s upcoming production of The Wizard of Oz and miniature voodoo dolls picked up on a recent New Orleans Jazz Fest jaunt by artists Karen Abato and Corey Houlihan. I was super stoked to sit down to tiny, hand-crafted treasures made by Loop it Up Savannah’s little cute people. (Those who chose my table got bubbles and packs of gum. Must up my favor game next year.)

In spite of some traffic rerouting around Savannah Station due to the eruption of yet another massive hotel going up downtown, the evening began as it always does, with drinks outside and a soulful serenade by house band Soap.

There was the familiar air of relaxed camaraderie and the seasonal scent of jasmine and asphalt as the bouncy rhythms of Samba Savannah ushered us inside, where we hugged the necks of the city’s usual social justice suspects and kissed the cheeks of the newcomers.

“Who doesn’t love Savannah in the springtime?” rallied regular emcee and Savannah’s funniest attorney Wade Herring, who always manages to come up with new material every year.

“Who doesn’t love a covered dish supper, especially when nobody died?”

This was my family’s seventh dinner, and by now I’ve shed all self-consciousness about pushing back my chair to head up front to sing “Imagine” with the Come On Up Community Choir.

I’m not the only one, and it was glorious to stand between Citizens Advocacy coordinator George Seaborough and consummate community cheerleader Jamie Arkins Smith, who can really hold down a harmony.

There was the non-denominational offering of grace and many, many admissions of gratitude, for the food, for the company, for the moment itself.

Then it was time to eat: Thanks to Wade’s explicit directives, the hangry remained civil as we piled plates with multiple kinds of fried chicken, rainbows of roasted vegetables, an endless array of mac ‘n’ cheese and other homemade delights. (Whoever brought the nasturtium flower salad: You’re my favorite.)

Following the well-worn agendas of potlucks past, after the plates were cleared we heard from citizen advocates and their protégés, learning time and time again of the satisfaction that comes from sharing our resources to enable everyone to lead a capable, confident life.

You can say that I’m a dreamer to think a community covered dish supper can solve our most serious ills. But as I sat at the table playing with my little treasure favor as Lana Abbott, director of the anti-violence group Solidarity in Savannah, engaged in thoughtful conversation with DA Meg Heap, my conviction that the wisdom to be won from sitting down to eat together only flourished.

I hold deep faith that we are at our best when we are mindful of the needs of others and keep our hearts open to those different than ourselves, even when we disagree.

When we remember that no matter how society ranks us—by our ability or our bank accounts or our privilege—we are all in this together.

In other words, we ought to treat each other as if we’re all winners, even if that makes me sounds like one of those nerdy parents that thinks every kid should get a trophy (is that so wrong?)

Though I can’t say I’m not skipping around my cubicle with joy to be voted Best Newspaper Columnist for another year.

Thank you, Savannah, thank you. Y’all keep shining your light, and may we always bring out the best in each other.