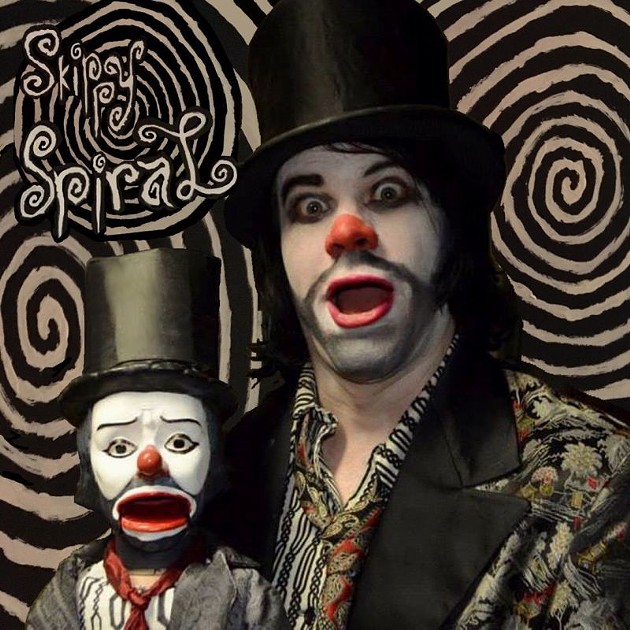 Skippy Spiral has released an album.

A familiar face to fans of The Savannah Sweet Tease Burlesque Revue, Skippy (Nicholas Ganas) has become downtown’s favorite clown over his years emceeing and performing in Sweet Tease shows. Skippy’s musical abilities are often woven into his performances—it’s not unusual to hear an original accordion tune between his wisecracks—and now, he’s releasing a full LP of music, available on vinyl.

Ganas performed every instrument on the album, creating his own brand of industrial vaudeville with punk, Goth, and carnival flourishes.

Period Bomb brings their raucous Miami noise-punk to the stage. They recently released the weird, wild, and wonderful cassette Genders in Space (a super-illegal demo tape).