IT’S NOT even February and 2020 is shaping up to be a big year for trails in Georgia. Or at least parts of it. More about that in a moment.

On Jan. 24 Atlanta Mayor Keisha Lance Bottoms announced initiation of construction on the BeltLine’s Southside Trail, which will run through the Pittsburgh and Capitol View neighborhoods, linking “emerging job centers.”

“This connecting trail represents our focus on advancing equity and revitalizing our communities. Not only will this enhance the Southside of our city by providing connectivity between our neighborhoods and job centers, it also supports our vision of One Atlanta. I am thrilled to share this with the residents of Southwest Atlanta,” Lance Bottoms said in a news release.

Earlier this month on the other side of Atlanta, the Blue Heron Nature Preserve’s Blueway Trail in Buckhead opened. The 3-mile trail connects more than 30 acres of greenspace.

Future plans call for it to be linked to the Path 400 Greenway, which runs along the spine of GA 400 and, when completed, will provide a 5-mile trail connecting neighborhoods, office, and retail locations.

The goal of connectivity is being pursued all over metro Atlanta. On Jan. 23, officials held a groundbreaking ceremony for a trail that will link Henry County with other trails in the region.

“We’ve gone through a number of ups and downs with this project over the past eight years,” Henry County Commissioner Bruce Holmes told the Atlanta Journal-Constitution. “There have been times where I’ve had my doubts.” 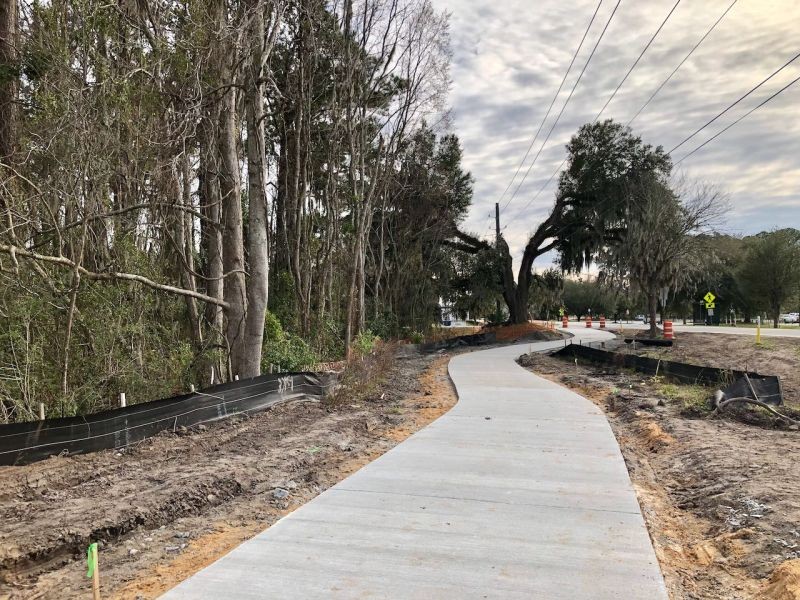 Concrete has been poured on the path of the Truman Linear Park Trail adjacent to Sally Mood Drive. Chatham County is constructing the segment of the trail that runs from Lake Mayer Community Park to DeRenne Avenue.

Eight years is just a blink of an eye compared to the long journey of Savannah’s Truman Linear Park Trail. Originally conceived in the 1970s, the concept was further developed in the 1992 “Chatham County/Savannah Bikeway Plan,” the 1996 “Chatham County Open Space Plan,” and the 1997 Coastal Georgia Land Trust “Gateway to Coastal Georgia: Connecting the Coast” master plan.

Just over $1 million in federal funding for construction was included in the Safe, Accountable, Flexible, Efficient Transportation Equity Act, which was signed by President George W. Bush on Aug. 10, 2005.

In April 2013 the Savannah Bicycle Campaign, now Bike Walk Savannah, adopted trail completion as one of its primary advocacy goals and has worked with Healthy Savannah and other organizations to build support.

Still, a number of factors, including opposition from a small but vocal group of residents near the trail’s path, kept it from moving forward. Until now.

Last year with little fanfare, Chatham County began construction of the trail from Lake Mayer Community Park to DeRenne Avenue and there’s concrete on the ground next to Sally Mood Drive and along Eisenhower Drive.

The Truman Linear Park Trail — or at least part of it — exists! Additional progress is visible on the east side of the Truman Parkway. Construction will likely be completed later this year.

The trail is the first portion of the Tide to Town urban trail system, which will consist of nearly 30 miles of protected walking and bicycling trails throughout the city from downtown to the marshes and waterways, and eventually to other municipalities and areas of the county. Tide to Town was allocated $1 million in the recent Special Purpose Local Option Sales Tax package.

The second phase of the trail will run from DeRenne Avenue to 52nd Street. When fully constructed, the Truman Linear Park Trail will link 827 acres of existing park land in Chatham County by connecting Lake Mayer to Daffin Park. While its recreational value is undeniable, it also fulfills a significant transportation function.

Once complete, a southside resident could use the trail to reach Daffin Park, then proceed to the bike lanes on Washington Avenue, Habersham Street, and Lincoln Street into the heart of the National Historic Landmark District.

Or to imagine the trip in reverse, you’ll be able to ride a bike from Bay Street to Montgomery Cross Road all on dedicated bicycle infrastructure. 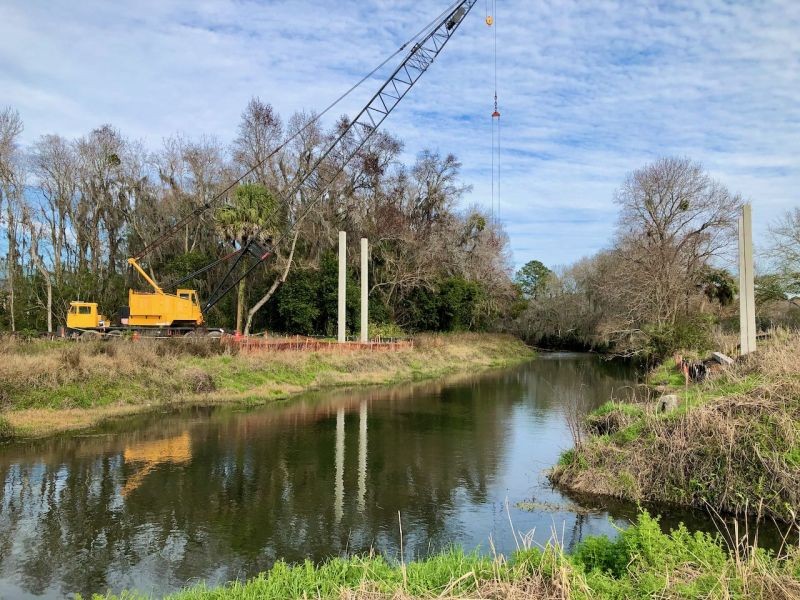 A bridge is being constructed to link the Lake Mayer Community Park path to the Truman Linear Park Trail and points north. When completed, the trail will like Lake Mayer to Daffin Park.

The City of Savannah applied for $3 million in additional funding for the second phase of the trail from revenue generated by the Georgia Outdoor Stewardship Act. The act, which went into effect last July, dedicates a portion of existing tax revenue collected from the sale of outdoor recreation equipment to “support parks and trails and protect and acquire lands critical to wildlife, clean water and outdoor recreation across the state of Georgia.”

According to Brent Buice, the city’s application was ranked 11th out of 37 projects related to “local parks and trails of state and regional significance” by Georgia Department of Natural Resources staff. Buice is South Carolina and Georgia Coordinator for the East Coast Greenway Alliance and chair of Friends of Tide to Town, a nonprofit founded last year. (Disclosure: I also serve on the Tide to Town Board of Directors).

Yet when revenue fell $13 million short of projections, the Truman Linear Park Trail was cut from the list as was another important trail project in Camden County, which was ranked ninth.

Every one of the trail projects approved for funding by the Board of Trustees of the Georgia Outdoor Stewardship Trust Fund for funding this year is located in North Georgia.

The farthest south the money will flow from Atlanta is to a trail project in Jefferson County. The final list of projects must be approved by the Georgia General Assembly.