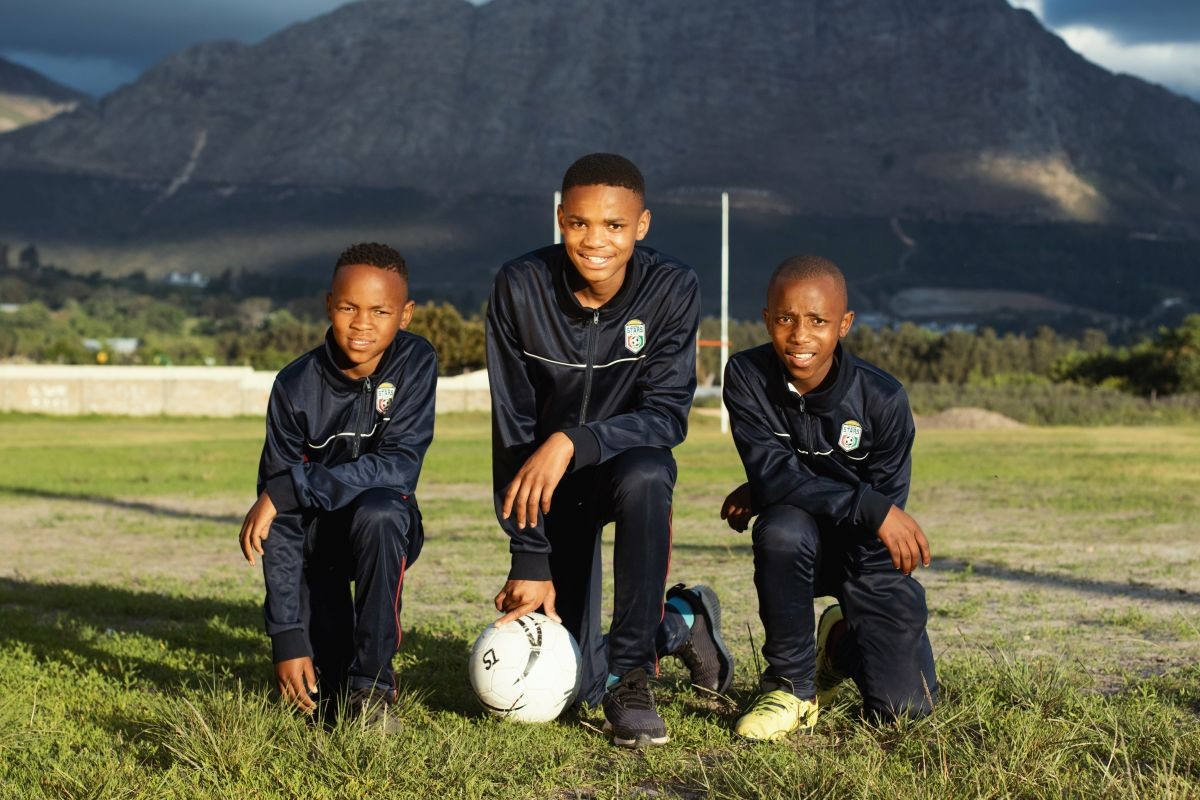 Several members of the the Kusasa football team

Tickets for this virtual showing can be purchased at https://filmfest.scad.edu/schedule/kusasa. The film will be accessible for 24 hours after the scheduled start time.

IN THE MIDST of hosting its 23rd annual film festival that concludes Saturday, the Savannah College of Art and Design always strives to amaze their viewers, and, at the same time, celebrate handpicked visual artists and films from across international lines.

For the 2020 festival, one of the great international works to be featured is “Kusasa.”

Premiering for the first time in the southeast United States, on Thursday at 9 a.m., the black experience documentary follows the story of a South African football (soccer) team and their journey to compete in the Gothia Cup – the world’s largest football tournament. Each year, around 1,700 teams from 80 nations take part in the cup as it stands on its principal of being a meeting place for young people, internationally, regardless of color, gender or religion.

The documentary, Kusasa, follows the team’s exciting and heart-tugging journey between traveling to Sweden to play football in an international competition and their homelife in their shanty town in Cape Town, South Africa.

The director, Shane Vermooten told CDFF’s “Everyone Has a Story” Podcast: “My approach was ‘yes, this is about football, but how do we make this a human story and not a football story.’”

The film was produced over a five-week period. Vermooten and the production crew followed the team one week before they left for Sweden, two weeks while in Sweden, and one week after they returned home.

“This is not a Disney film; this is life,” Vermooten said on the Podcast. “I think there’s this trope that sports can change everything and sports can change your life, and it’s true, but only to a certain extent. At the end of the day, while we’ve been on this entire journey with these kids, they still go home to a house with the leaky roof. Their floors are tattered. They still go home to substandard education, and that’s the kind message we want to put across.

“The inspiration behind this film is the Kusasa football team. I don’t think it is possible for anyone to come across this incredible team and not leave with a smile on their face, but this, despite the joy and passion, they come from difficult circumstances. During the film, we wanted to showcase the power of football being a great equalizer. When the team was in Sweden they were not identified by where they came from, how they look, or how much money they have. They were identified as footballers.”

Vermooten compares the players to gladiators that were often adored by their crowd audiences for being brave and strong, but the gladiators were often men of the lower class who were forced to fight.

“What to do with this emotion is up to the audience, but what I take away is that everyone can make a difference,” he said. “The two coaches, Dumisa and Rasta, despite coming from similar difficult circumstances, have committed their lives and resources to support these boys and change their lives. If a gas station attendant can make a huge difference, what is stopping you?”

Vermooten recalls the peculiar way in which a friend of his from BRICS (the five major emerging national economies-- Brazil, Russia, India, China, and South Africa) requested from him a story about ways in which young kids can be uplifted through playing football just days after he had already agreed to direct the documentary, Kusasa.

“When I first heard about this team and their journey to Sweden, I immediately connected with it and knew I needed to tell this story,” he said. “I then brought my longtime producer, Bianca Schmitz, who in turn reached out to another South African producer, Vlokkie Gordon, and from there we were able to secure an international co-production with China.”

Prior to filming or even writing the script, the production crew interviewed each member of the team, made up of boys aged 11-13, and narrowed the focus of the documentary down to 10 of them, which ultimately became three boys and two coaches. The director shared that a lot of work had to be put in to get the children to truly open up enough to be vulnerable.

The biggest challenge, Vermooten said, in directing Kusasa was that most of the interviews were with boys between the ages of 11 and 13, and it can often be a struggle to get kids of that age to reflect and express deep emotion. The production team spent much time with the team before starting production to give the kids time to get comfortable talking to the team and the camera.

Eventually, the boys did become familiar and comfortable enough for one boy to recall memories of his father, and his mother opening up about her husband being murdered in front of her. Another boy told his story about going to jail for robbery.

Recorded moments including such details were often reenacted to make the scenes more visual for the audience.

The documentary takes the audience through Vermooten explained that at one moment the children may be recalling a horrific or traumatic memory, and the next moment they will be bright-eyed for cake or to play football. Vermooten said he sought to relay the type of attitude carried by the children despite their conditions.

The hope of the director is that when people see the film, they are spurred to question what they can do to help in their own communities and other communities in need. No matter how big or small, you can make a difference in someone else’s life, Vermooten said.