$1 for every beer purchased is donated to Statts

In 2008, beloved local musician and designer Jason Statts was leaving a gig alongside bandmate David Williams when the two were shot and injured. Statts was left paralyzed from the chest down.

Since then, the local music and arts community has rallied around him in the form of Statts Fest, an annual festival that raises money to help offset his medical and living costs. It’s one of the most anticipated events of the year, and an example of just how loved he is in the city.

Now, Southbound Brewing Company is taking that a step further with the release of a specially-brewed Black IPA in Statts’ name. They’ll be releasing the beer on Fri., May 3 with a party that will include an auction, food trucks, a 50/50 raffle, and live music.

Two long-running Savannah bands, The Train Wrecks and Bottles & Cans, will be providing the music. Both bands have been involved with Statts Fest in years past, and have close connections to the cause. 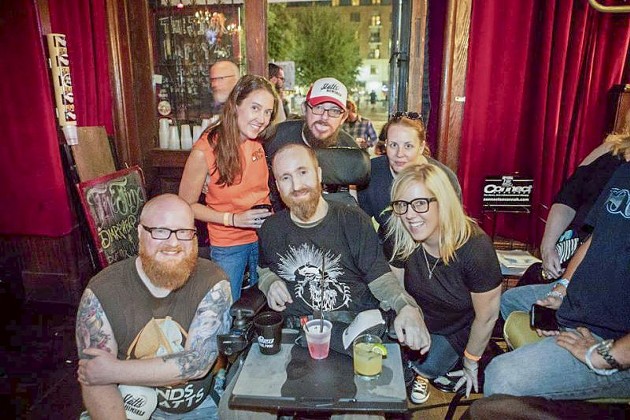 “Years ago, when I was first getting a band going, we were just starting to play and get some gigs. We were playing at this bar in midtown that’s no longer there, and there was nobody there. It was a bit of a drag,” Ray Lundy of Bottles & Cans tells Connect.

“Then, kind of out of the blue, Statts and his wife were at the movies or something and heard us in the parking lot. They came over out of curiosity. We said, ‘Wow, we got an audience.’ So we played our asses off. That’s when I first met Jason, and he said some really kind words about the band on message boards. He gave us some street cred, and I’ve always been so appreciative of that.”

Statts, who Lundy affectionately calls a “Renaissance man” who does it all (music, writing, graphic arts, and photography), endured unimaginable pain and suffering in and since the 2008 shooting - but he’s also become a force for uniting the community and enacting positive change.

“I think some good that has come out of this horrible situation is that it’s kind of getting people together as a proper community to help one another. Especially the music community. It could have been any of us - just horrifyingly awful,” Lundy says.

“But it’s been really interesting that our whole community has been able to come together, play some music, and actually try to do some good for somebody that actually honestly needs the help. If there’s anything sacred in this world it’s people getting together, having some drinks, and enjoying some songs. And if we can do that and actually help one of our own, it’s a holy activity.”