Southern Culture on the Skids thrives after three decades

The legendary North Carolina trio comes to The Jinx

Southern Culture on the Skids @The Jinx

SOUTHERN Culture on the Skids is an anomaly. The band, comprising Rick Miller, Mary Huff, and Dave Hartman, began in 1983 and solidified its current lineup in 1987.

Since then, the band has released a number of albums on both major and independent labels and solidified itself as a solid and unmatched live act. The Chapel Hill, North Carolina-based band has continued on for three decades with the same lineup — something most bands simply can’t say.

SCOTS achieved perhaps its most commercial moment in 1995 with the release of the song “Camel Walk,” but they’ve been consistently releasing music ever since to a devoted fanbase. They’ll be coming back to Savannah on Wed., Jan. 16 for a show at The Jinx. 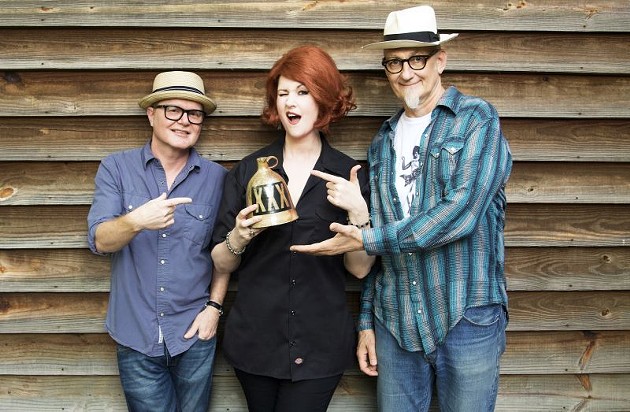 “It started with just me and my roommate in college deciding that we wanted to start a rockabilly band,” Miller tells Connect of the band’s early days.

“We were both fans of the Johnny Burnette Trio, plus newer stuff like The Cramps. We were coming from a punk, DIY kind of background. We just started a band for fun. I was an art student, and we would practice in the art lab for the first six months and then we got a complaint. I guess the Dean of Students lived right behind us.”

That lineup lasted until its members finished school, at which time Miller’s roommate decided he wanted to do something musically different than what they were doing. Miller and his drummer at the time were much more interested in following the rockabilly and country influences that were presenting themselves.

“We kind of wanted to branch out, and I realized that we lost a lot of our original fans because they were kind of into the punk rock thing,” he says.

“We just kind of started from scratch again. Then the original bass player and drummer left because they had career issues and things like that. Mary, who I believe was a sophomore in college, was a cello major studying music. But she was also in punk bands. She’d seen us and heard through the grapevine that our bass player was quitting. She’d come down to see the Butthole Surfers in Raleigh, so she saw them and then tried out for the band the next day.”

Hartman was a longtime friend of Huff’s who joined a short time later, and the trio began playing regularly. Things got serious when they found a house in the woods and began woodshedding songs for a year, which led to their 1991 debut.

The band’s lyrics are known for being humorous more often than not, which is something that Miller says happened early on in their history.

“When we first came up with the name, we were just goofing around,” he says. 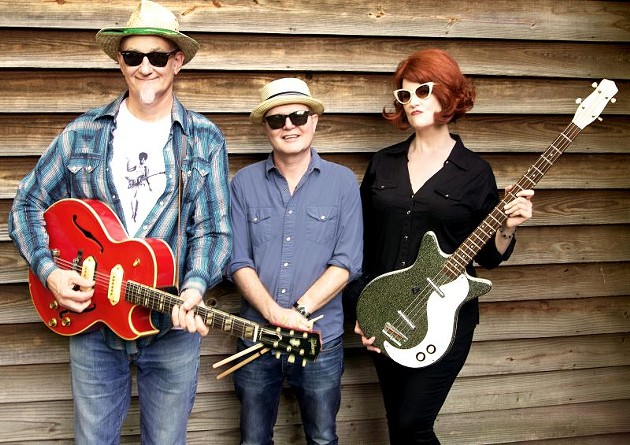 “We were a couple of kids trying to piss people off. That whole kind of punk ethic. And it worked. The name just kind of stuck. The humorous aspect of some of our songs is just because we’ve always believed that rock and roll is supposed to be fun. We’re not looking to change the world or anything - we just want people to have a good time.”

The band’s aesthetic is another signature element of theirs — particularly Huff’s ‘60s outfits and hairstyle.

“Mary started bouffanting her because she found a bunch of photos of her mom from the ‘60s, and she still had some of the dresses and stuff. That thing just started because Mary was totally broke and her mom gave her some clothes,” he says.

Of course, for a band that’s been around as long as SCOTS, there have been many memorable stories and moments along the way. One incredible story took place in the mid-’90s, when the band was in Mississippi and had the opportunity to meet and play with the late blues legend Junior Kimbrough at his house, where he was having a party.

“It was outside of town, and it was like stepping back in time,” he recalls of Kimbrough’s property. “We went inside and there he was, man. Junior Kimbrough just playing this hypnotic trance blues. I’ve never seen better dancing in my life.”

Junior was informed by mutual friends that Miller and his bandmates were in fact a band, and he invited them to play a short set for the group of people that had gathered at his house.

“I ran out to my car and got my guitar, and I noticed when I opened the door that the light didn’t come on. But I didn’t think much of it. I went back and I had my guitar, and Dave sat behind the drums and he said the drum head had been broken so many times that it was like playing a piece of plywood,” he says.