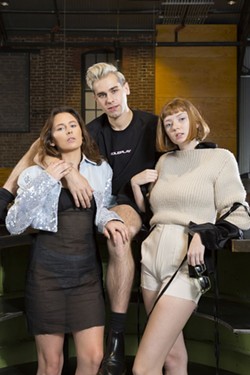 SAVANNAH has for the most part done a great job of organically developing the city’s cultural life, whether in music, film, or performing arts.

Arguably the last piece of the puzzle to be filled in is fashion.

Now some folks want to revive the dormant Savannah Fashion Week, and the first step toward it happens this Friday at the Kehoe Iron Works.

Fresh off a hugely successful debut hosting the final day of the Savannah Music Festival, the renovated Kehoe Iron Works at Trustees’ Garden will host the Southern Sojourn Fashion Show, a precursor of sorts toward a full-on revival of Savannah Fashion Week set for next year.

“Over the last decade, Savannah has built and supported many a great festival, but the one area we can improve upon is to own and support a Fashion Week in Savannah next year,” says Jim Goodlett, co-organizer of this week’s event.

Inside the Kehoe Iron Works, there will be an extensive runway show and pop-up displays and merchandise tables from the various designers.

Savannah native Troy Allen is a rising star of the national fashion scene, his women’s designs garnering attention from all over, from Vogue to indie singer-songwriter Tei Shi.

“I’m passionate about aesthetics and colors and how everything looks. I want everything to look sort of dreamy,” Allen says.

Allen cut his designing teeth at what might be Savannah’s premier fashion event these days: The Junk 2 Funk Fashion Show at Savannah Arts Academy (SAA), his high school alma mater.

Because the point of Junk 2 Funk is in repurposing existing or found materials into new designs, it’s an excellent breeding ground for the independent, entrepreneurial thought important for success in the field.

“I’m from Savannah, I was born and raised here. I went through Garrison, SAA, and I’m now at SCAD. At the end of the day I’m a firm product of Savannah,” Allen says.

“But I haven’t really established my place in Savannah fashion yet. It’s something feel like I want to do.”

Allen credits the importance of real mentorship in his short but eventful career so far.

“Being from here, growing up I was looking up to local designers like Brooke Atwood and April Johnston. They really mentored me,” Allen recalls.

“Lately I’ve been thinking of the kids at SAA now, and I wonder who do they have to look up to? Who is going to do for them what Brooke or April helped do for me? I want to be that person.”

With early internships in marketing and PR, Allen has learned the importance of building a brand.

“A lot comes out of my experiences with Junk 2 Funk, and Savannah Fashion Week when that was still going on. You learn early on how to start building a brand identity.”

While Allen has one eye forward to a career in design, he’s still attending SCAD.

“I left SAA half a year early and then went to New York for year. I didn’t originally want to go to SCAD. I came back to visit and toured SCAD, and it ended up being my dream school,” Allen says.

“I have a lot of school pride for SCAD, I love it so much. It’s done amazing things for me, and I couldn’t be happier with the education.”

Allen says he’s always had a firm sense of his own identity, and credits SCAD for letting him be himself.

“The thing is, I’ve always known so firmly who I was. It’s both a blessing and a curse. It’s hard to break away once you know who you are,” he says.

“Looking back at Savannah Arts Academy, I see now that they really pushed me and taught me, and expected so much from me, which is amazing. Sometimes I think, how did I do all that stuff?” he laughs.

Designer Theo Gough, also a product of SCAD, will showcase his menswear at Trustees’ Garden.

What is the process by which a designer decides on what part of the fashion world to concentrate on?

“That part tends to come naturally,” Gough says. “When you’re trying to tell a story, that story will lean in a certain direction.”

Gough’s minimalist look has been described as “industrial,” which though a somewhat overused term is one he accepts.

“It wouldn’t be wrong,” he laughs. “It’s mostly a technical word, but it does describe my approach.”

Many of Gough’s designs feature practical applications, such as dedicated cellphone pockets or extra-strength key fobs.

“My original background is actually in product design, and you could say that my fashion is much more product focused,” Gough says. “It’s a key part of my ethos.”

Some of Gough’s designs incorporate military elements, such as MOLLE attachments and stylized camouflage.

Other designs fit a more athletic function. Gough’s designer chest rig, for example, was inspired by a runner’s pack. He has one design intended to fit a CamelBak hydration device.

“Some of these designs are borderline tactical gear. But designing them requires the same thought process as a tailored suit,” he says. “I’ve always liked things with a practical use. I enjoy things that are well thought-out.” 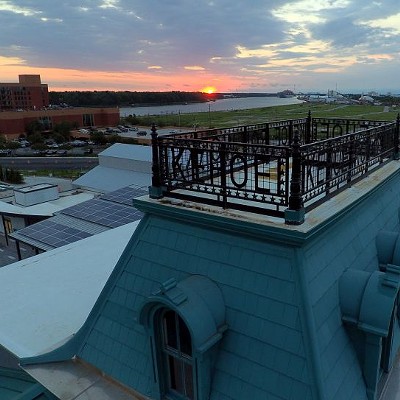