THAT jazz and Afro-Cuban innovators Jane Bunnett and Maqueque are even in the United States this fall is nothing short of a music miracle.

Bunnett who is from Toronto, Canada, works with musicians from Cuba and getting her bandmates into the U.S. for their fall tour almost didn’t happen.

“The current administration virtually closed the U.S. Embassy in Cuba earlier this year, so to get the girls to the States, we had to first bring them to Canada for their visa appointments,” explains Bunnett, “those appointments were made for the end of July, but then we got a letter saying they’d been rescheduled for November, which was no good because our tour ends in November! It was frantic and required many phone calls and emails and thinking we might not pull this one off this time.” 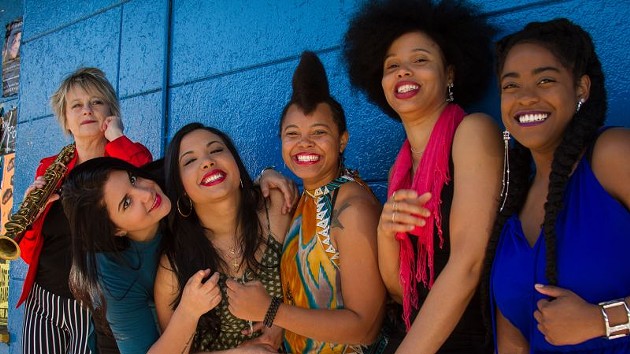 But kindness from the bureaucratic powers that be—and Bunnett’s diligence—prevailed. On time and at the last minute, all five of Bunnett’s Cuban bandmates were granted U.S. visas.

Having earned five Juno awards and two Grammy nominations for her work as a jazz artist, Bunnett’s path to Jazz began as a break from her studies at the Royal Conservatory of Music.

“I studied classical piano until I was 17 but wanted something different,” explains Bunnett, “I decided I wanted to learn how to play jazz and there was a new music school in Toronto in the mid ‘70s so I joined a jazz workshop.”

She began with piano and moved on to flute and saxophone. For Bunnett, learning to play jazz was less about formal study and more about finding the right mentors to play with and learn from. And then practice, lots of practice.

Saxophonist and flute player James Moody — a Savannah native — was key to her musical development. She approached him for lessons, to which Moody agreed. Bunnett recalls asking how much lessons would cost:

And she did. Bunnett practiced, played and worked her way into jam sessions and stages all over Toronto.

Through the 1970s Bunnett honed her skills and built a reputation as a soulful and clear-voiced jazz sax and flute player. In the winter of 1982, Jane and her husband, renowned trumpet and flugelhorn player, Larry Cramer, decided to go to Cuba to escape the harsh Toronto cold. 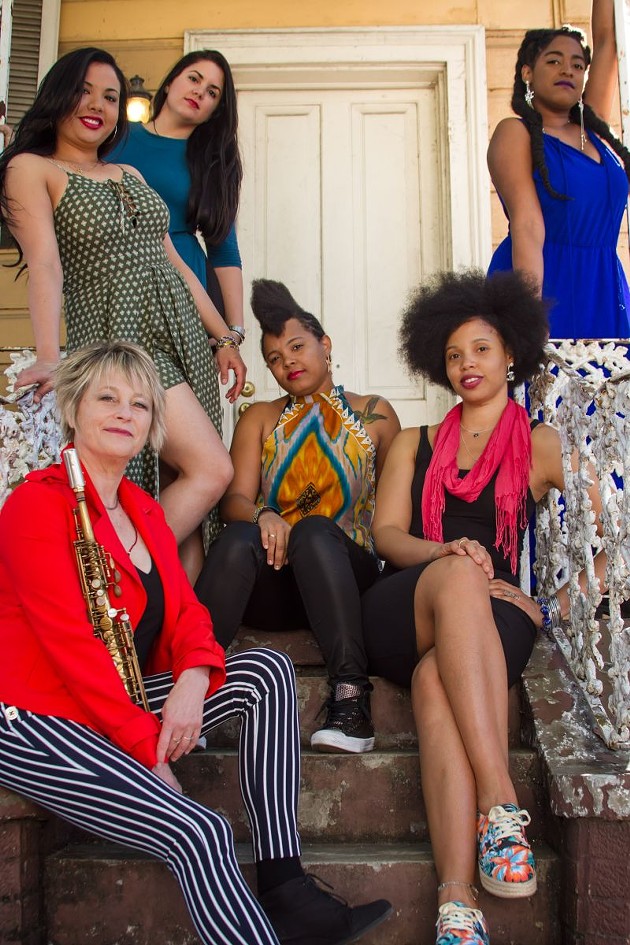 When they arrived in Cuba, music embraced them. “There were players at the airport, players at the hotel,” recalls Bunnett, “within a few hours we’d gotten our instruments and were on stage playing.”

That one winter vacation opened a door to a lifetime of collaboration with some of Cuba’s finest musicians. Now more than 30 years, 12 albums and two documentaries later, Bunnett’s connection with Cuba continues to serve her music while also providing opportunities to mentor young musicians.

“Music is everywhere in Cuba,” says Bunnett, “on the streets, in cafes, and conservatories. Sometime in the mid, maybe late ‘80s, Larry and I started taking instruments to the conservatories for the students.”

And from the beginning of their forays to Cuba, Bunnettt took note of who was studying music and who was actively playing out on the scene.

“Boys, girls, young men and young women were all studying in the conservatories, but out in the clubs it was men and boys playing,” recalls Bunnett.

Bunnett wanted to do something to change that.

“Performance opportunities, that’s what all musicians need to excel and be successful,” emphasizes Bunnett, “opportunities to play out and consistent mentorship are beyond crucial. I just saw so many talented young Cuban women not performing and I wanted to change that because, if you’re a musician, you want to play! We want to share the music we work so hard to understand and master.”

And so Bunnett sought ways to get more young women on stages in Cuba and beyond. Bunnett met Dayme Arocena, the original vocalist of Maqueque, in a hotel lobby when the performer was only 18. Bunnett and Cramer were in Cuba for the Havana Jazz Fest and hosting a jam session in their hotel room.

“It was mostly guys that were coming,” recalls Bunnett, “downstairs Dayme introduced herself as a singer, I’d never heard her, but I told her to come. She was amazing, a voice beyond her years.”

A few months later back in Toronto, Bunnett was directing a woman-centric fundraiser. “I thought, wouldn’t it be great to have Dayme sing? We got her to Toronto, and Dayme brought the house down.” This performance set in motion the creation of an all-woman Cuban fusion ensemble.

In 2014, Bunnett and five young Cuban musicians recorded and released “Jane Bunnett and Maqueque” which earned a Juno Award for Jazz album of the Year in 2015. The album was also a career launcher for Arocena.

“Dayme now leads her own band and has her own project on another label,” says Bunnett, “it’s what I hope Maqueque does for more young women players.”

At the close of their fall tour, Bunnett and Maqueque return to the studio to record the group’s third album. She considers Maqueque a talent incubator:

“If I can help make a space for talent to blossom, and that talent grows into something new, bigger, brighter, that’s a success. The line up of Maqueque may change, but that’s a sign of progress, doing something right, that each one teach one is working.”