WHAT HAPPENS to the words we speak after we say them?

We think, arrange and re-arrange our thoughts–maybe even write them down for other people to read and speak–but once they make their way into the air they’re mostly gone, evaporated into someone’s memory if we’re lucky.

Camille Jenkins knows this frustration better than most. An actor by trade, Jenkins’ BFA is in performing arts. But now that she’s returned to SCAD to get her MA in Arts Administration, she still can’t seem to keep her mind off of what she calls “the ownership of words."

“When we talk to a person and we say something to them or we say a certain word, they own that word in their mind,” she explains. “You have that thought and you’re expressing it and when someone else hears it and receives it, they take ownership of that word.” 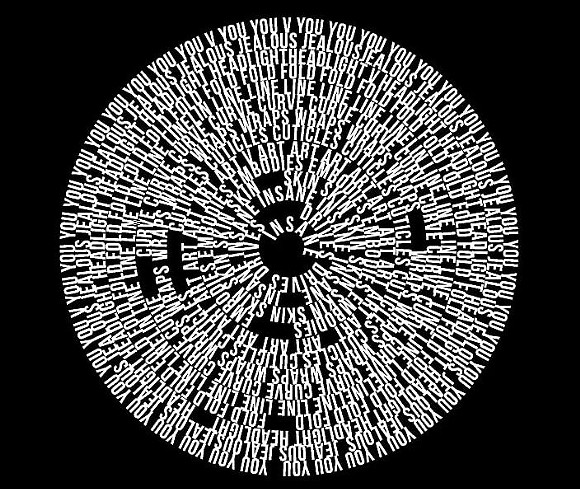 It was a natural place for Jenkins to gravitate towards when it came time to complete her final project. A year ago, the kernel that would become Spoken Perceptions had already begun to germinate.

“I knew I wanted to do some type of live performance,” she says. “I was really fascinated with the idea of interactivity in performing arts. In theater, you sit in a seat and connect with the actors as an audience member and it’s great, but I’m really interested in how we can bridge the gap between the audience and the actor/creator. How can we use technology to bridge a gap for people who may be less inclined to come to an art show because they feel as if they can’t get up close with it?”

Spoken Perceptions, a one-night performance Sat., May 21 at 8pm in Non-Fiction Gallery, hits all those marks and more.

This multi-sensory interactive art experience is the result of a year of work from over twenty designers, engineers, poets and artists under Jenkins’ direction.

So what exactly can you expect to see? How will words, sounds, poetry and visuals coalesce into a single 50-minute performance?

Spoken Perceptions is built around five local poets from the Spitfire Poetry Group, including the group’s co-founder, Marquice L. Williams. As the poets read their pieces, selected words and phrases will be projected on the gallery wall behind them.

Jenkins worked with motion media animation students Jennifer Estridge, Rachel Allison Johnson and Amy Wallace to create over 300 unique word animations, all of which will make an appearance during the performance.

Each featuring a different effect, the animations seem to reflect the mood of the word they’re assigned to. As a poet reads a piece featuring the word “melancholy”, the word appears on the wall in grayed-out pastel gradients which dance across its surface as pieces of each letter disappear into the white background.

Without being too on-the-nose, the animations are evocative–even quietly beautiful as small pieces of standalone artwork.

But the real magic happens in the back corner of the gallery, an area which Jenkins has dubbed “the interactive zone”.

After a word is read, it appears on the wall and in the interactive zone, where audience members can walk up and engage with it, moving it across the wall with their gestures. As long as a word is being moved, it will stay visible on the wall.

To achieve this, Jenkins worked with a SCAD game designer who wrote a code into a game engine that could be run through a Microsoft Kinect. The Kinect’s sensors pick up body movements, allowing users to interact kinetically with the words. Jenkins hopes this will cause the audience to think more deeply about the words they’re hearing and about their own experiences of assuming ownership over another’s words.

As well as interacting kinetically and visually, the audience will receive a unique auditory experience. Ambient soundscapes have been created for each of the poems, subtly shifting the mood of the room to coincide with the tone of the words.

So much of the performance focuses on what happens immediately after a word is spoken, but what about the longer-term future of a spoken word? How do we visually experience the lifecycle of something invisible but which can mean more than anything else? The dreamcatcher is Spoken Perceptions’ answer.

“The main visual element is what we’re calling our “dreamcatcher”,” Jenkins explains. “It collects all the highlighted words that are in each of the poems–it’s almost like a word cloud. Every word that’s interacted with by our audience shows up on our dreamcatcher in a different color. So you literally get to see a mosaic of what words were actually connected with physically by our audience.”

Jenkins hopes people will come away with a new perspective (and perhaps some new tools) for considering words, what they mean (both literally and metaphorically), and how we experience them.

“Words are powerful things,” she tells me. “People tend to react before they think. This is a way to think about what someone is saying as they’re putting it out there.” 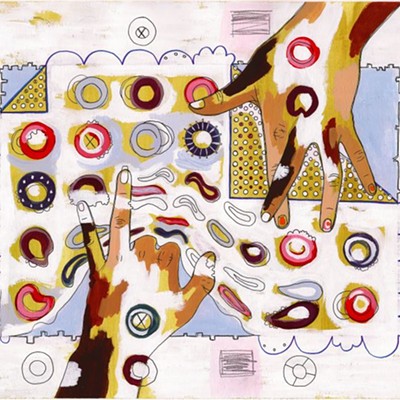 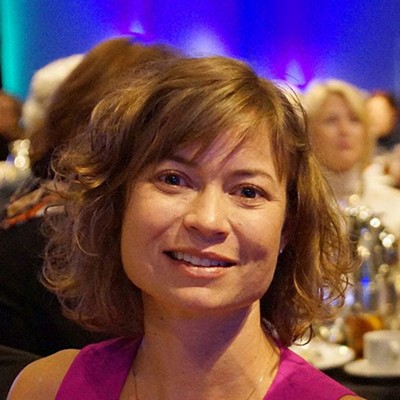 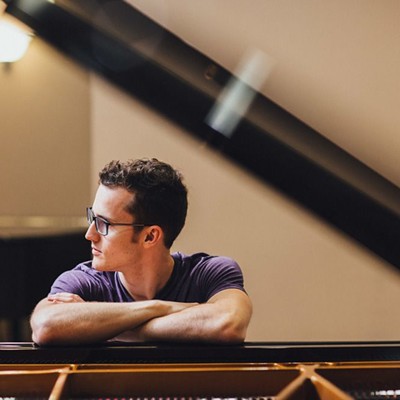