Although he has lived in the Savannah area (Hinesville, to be precise) for three years now, percussionist David Lugo was born, raised and came of age in “El Barrio” — East Harlem. And while some may assume that was a rough place to be as a child, according to the veteran musician, he feels extremely lucky to have been in the right place at the right time.

“Being from East Harlem made it a little easier,” he recalls. “Because pretty much most of the big Latin artists all came from East Harlem. People like Tito Puenté and José Mangual. Legendary percussionists who were born and raised right there.”

According to Lugo, these men became his personal heroes at a young age, and due to his childhood friendship with José Mangual, Jr., he was often allowed to hang out and interact with many of the top Latin jazz players of the day at Mangual, Sr.’s Social Club — a popular after-hours haunt for the cream of these dance-hall musicians.

“I would introduce myself to them and they’d watch me play the congas, while they drank their beer and visited,” he relates. “Some of them thought I was good and eventually they began to record with me and have me play with them on the road.”

In time, over the course of a 30-year career, Lugo would come to play and/or record worldwide with a stunning number of salsa and jazz greats, including Ray Barretto, Tito Puenté, Dizzy Gillespie, Ruben Blades, Jaco Pastorious, Willie Colon and Xavier Cugat’s Orchestra.

These days, Lugo leads his own group, which boasts a rotating lineup of some of the better jazz players in the area. He says he’d love to be able to maintain a full-time band with a set lineup, however, he chuckles, “For a steady group, you need steady work. Every week.”

As it is, the number of his gigs are picking up as folks in the area come to realize that his is one of the few groups around who are specializing in Latin jazz. They have just picked up a standing Tuesday night engagement at the showcase club The Jazz Corner on Hilton Head, and can be found playing one-nighters a few times a month at a variety of venues in Savannah and on the Islands.

For those unfamiliar with this genre, Lugo describes his shows thusly: “All our tunes are jazz standards with the traditional melodies intact, but played with an Afro-Cuban rhythm.” Sun., 5 pm, Four Points by Sheraton Hotel downtown (free to Coastal Jazz Society Members, $10 to the public).

Here’s two fistfuls of Atlanta alternative rock that —in a perfect world— wouldn’t be alternative at all. ANDPW is the latest project from some of the same folks who brought you the infamous drunken outfit that was The Rent Boys. They were a strong regular draw at the old Velvet Elvis, but I know at least a few folks who were none too impressed with their first Savannah gig under this name some time ago. That said, their most recent recordings (some of them live at the wonderful Star Bar in ATL’s Little Five Points) show them to have shaken off whatever rust remained at the time of that local debut. They’re now a rough, raucous and ready quartet that’s well-versed in the kind of punk-esque rawk that ties together The Clash, The Pogues, The Dead Boys and even some early EC & The Attractions’ tunes. However, it’s the opening act that might be the secret weapon in this double bill. Gentleman Jesse & His Men stands as a side project for the frontman of cult garage punks The Carbonas, but this low-fi power-pop motor scooter is anything but a toss-off. Sat., 11 pm, The Jinx.

Thomas ClaxtonDespite the fact that the promised reunion of local ‘80s hard rock and metal bar band Shut Up & Drive failed to materialize late last year, this local singer and guitarist (who was slated to fill in for his father, the original vocalist of the group) still plays around town with at least one of that fabled group of glammed-out Savannah shredders in a similar act: The Long Awaited. When not fronting that hard rock cover band, he plays solo acoustic shows under his own name that are known for their wide-ranging setlists. Claxton is one of that increasingly rare breed: a guy who is literally building his life around playing rock music in bars and restaurants, whether he wrote the songs or not. Thurs., 8 pm, Augie’s Pub (Richmond Hill).
Drum & Bass B-Day PartyTo help celebrate DJ Cavity’s (real name: Chris Weathersby) 27th birthday, Symbiotek Productions, the promotion group he helps run, is throwing another of their Drum & Bass events. This one features a total of eight different DJs as well as one music producer, who will all spin tracks till the bars shut down. Symbiotek is one of the only groups in the area devoted to bringing in regional as well as national DnB artists, so if that’s your bag, show up and let ‘em know you appreciate the effort. $2 cover at the door. Sat., 10 pm, B & B Ale House (upstairs level).
Dave Matthews Tribute Band, Listen 2 Three

This is the latest incarnation of one of the more popular, long-running tribute bands on the club and small theater circuit. They mimic the arrangements and (to a certain extent) the look and feel of Mr. Matthews and his famed cohorts, at a price most folks can wrap their wallets around. This 1,000-seat room should make a nice environment for the gig. Openers L23 are one of the most commercially viable (in a mainstream way) local bands to form in this town in years. The sound of their easy-to-digest, blues-based pop-rock is by no means unique to them, but it’s well-crafted, well-played and seemingly quite heartfelt. Tickets are free for AASU students or $5 in advance (call 927-5300) or at the door for the general public. Fri., 8 pm, AASU Fine Arts Auditorium - ALL-AGES.

Wanna get your groove on like folks used to do on their way to dip some water from the creek? Feel like swinging your partner around and, um, around? Head down Bull St. near the Main Branch of the Public Library to this building where the Savannah Folk Music Society holds regular contra dances of this sort — each featuring live entertainment and calling by a traditional, old-time country and folk band. This month, the music comes courtesy of Columbia, S.C.’s Cabin Fever. This trio’s lineup of piano and button accordion, fiddle and hammered dulcimer and mandolin, banjo, flute and whistle is perfect for their repertoire — which largely consists of traditional music from New England, Ireland, Scotland, England, French Canada, and the U.S.A., such as reels, jigs and waltzes. Admission is $5 for SFMS members and $7 for the general public. Beginners are encouraged to arrive early for a free lesson. Sat., 8 pm, Notre Dame Academy Gym (1709 Bull St.) - ALL-AGES.

It’s been almost 110 years since this opera in three acts first premiered in Rome, and yet, to this day, it is still revered as one of the most heavy duty dramas ever written and performed. As such it has become one of the most popular and recognized works of its type in the world. Originally a non-musical theatrical play, it made its debut in 1887 starring the great Sarah Bernhardt as Tosca. It was this production that so intrigued Giacomo Puccini that he wound up starting work on setting a libretto of the play to music immediately after he completed work on another of his indefatigable operas, La Bohème. It’s extremely rare for a full-scale opera of this sort (boasting a live orchestra and English supertitles) to be found in our neck of the woods. Teatro Lirico D’Europa, the group behind this touring production, has distinguished itself from its inception in 1988 for delivering classic works with full instrumentation, large choruses and mature operatic singers. In other words, this should be a magical experience for young and old alike. Tickets are $55, $47 and $35 at www.lucastheatre.com or by calling 525-5050. Audience members are asked to arrive on time, as the theatrical company insists that latecomers be seated in the rear of the balcony. I heard that... Fri., 7 pm, Lucas Theatre. 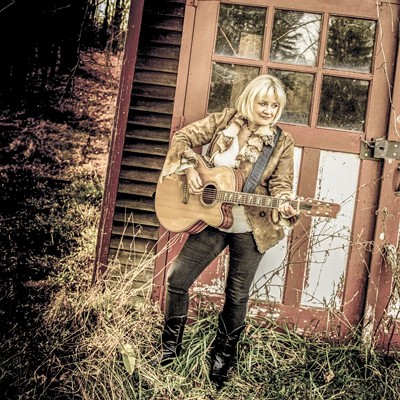