Raising funds for the way-cool Oatland Island Wildlife Center is always a noble endeavour, and what better way to help fill their coffers than with a concert, dance, open bar and silent auction? Esteemed local 13-piece R & B show band The Sapphire Bullets of Pure Love provide the musical backdrop to this “Jungle Fever”-themed party (which also includes heavy hors d’ouevres). Supposedly, there will also be “many animal guests” on hand. That’s nice, but I’ll go on record as saying the organizers should make sure the sensitive ears of those animals are protected from the loud music. Real talk. $40 - $50 tickets available at www.oatlandisland.org or Savannah Art Works (240 Bull St.). Fri., 7 pm, DeSoto Hilton.

This show marks the 140th monthly installment of these family-oriented, smoke and alcohol-free triple-bills of acoustic folk and blues-based music thrown by the Savannah Folk Music Society.

Here’s your chance to catch a live show by an all-female group of young musicians that has toured nationwide to no small amount of acclaim. Based out of Atlanta’s historically black four-year liberal arts women’s college, the group has shared the stage with such jazz luminaries as Wynton Marsalis, Nancy Wilson, Dee Dee Bridgewater and Regina Carter, and has gigged everywhere from the New Orleans Jazz & Heritage Festival to The Kennedy Center. Their fourth and latest CD includes a tribute to the late, great Nina Simone, and this City-sponsored free show is presented by both Savannah’s Black Heritage Festival and the JEA. For info, check out www.coastaljazz.org. Mon., 7 pm, Jewish Education Alliance (5111 Abercorn St.) - ALL-AGES.

Few female artists can compete with this titan of soul for importance and influence. After coming to prominence in the early ‘50s, revered gospel group The Staple Singers (led by father “Pops” Staples on guitar) branched out into spiritually-based pop and funky soul that retained the unity vibes of their prior incarnation, but added a message of hope and prosperity that resonated with the Civil Rights Movement.

In the early ‘70s, Mavis’ voice helped drive such landmark, Muscle Shoals-produced radio hits as “Respect Yourself” and “I’ll Take You There” high on the charts, and it was that voice Prince sought when he welcomed her into Paisley Park in the late ‘80s. Her latest release for Anti- Records (home to such stellar names as Tom Waits and Solomon Burke) was produced by famed guitarist (and Buena Vista Social Club honcho) Ry Cooder. Titled We’ll Never Turn Back, it focuses on songs made famous by that Civil Rights Movement.

Her current tour is centered around that CD, but she just may bust out the updated version of her ex-lover Bob Dylan’s 1979 born-again barn-burner “Gonna Change My Way of Thinking,” for which she and he shared a 2003 Grammy nod.

The show is free and “sold out.” Unclaimed seats will be made available on a first-come, first-served basis. Info at: www.lucastheatre.com or call 525-5050. Sat., 8 pm, Lucas Theatre - ALL-AGES. 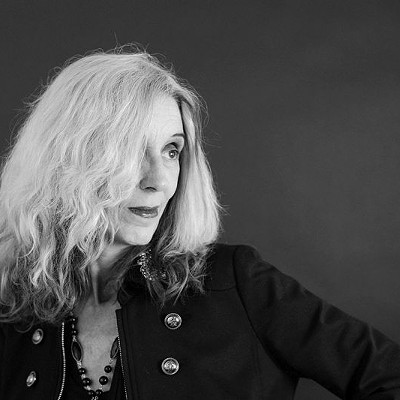