The region’s newest large, indoor music venue (1,200-plus standing capacity) once more nabs an impressive show with this rare area appearance by the current darlings of the Old-Time and string-band set.

Now based in Nashville, this critically beloved group got their start busking on the streets (where they were famously discovered by no less than the iconic Doc Watson, who offered them a coveted slot at his respected MerleFest), and now tour far and wide, mixing inspired and reverent takes on ancient Appalachian mountain music, as well as Dustbowl ballads and their own re-workings of traditional melodies and lyrical conceits. 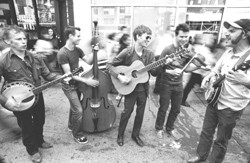 The scored an unexpected underground hit a few year’s back with “Wagon Wheel”, an instantly hummable pastiche of a half-forgotten folk rave-up they learned from a pre-electric Dylan bootleg LP, and will soon release a big-budget CD boasting production from Don Was (Bonnie Raitt, Iggy Pop, Willie Nelson) and drumming by the inimitable Jim Keltner (John Lennon, Traveling Wilburys). It doesn’t get much cooler than that. Two long sets — no opener. Listen & Learn: crowmedicine.com. $20 adv. tix at shorelineballroom.com. Thurs., 9:30 pm, Shoreline Ballroom (Hilton Head).

For the past several years, this locally-based modern rock band has been a mainstay at a variety of clubs, bars, restaurants and outdoor festivals in our area. Along the way, they’ve released two impressive, radio-friendly indie albums of catchy, crunchy guitar pop, and they pepper their cover-heavy shows with original material that fits in nicely alongside the kind of songs you’re likely to hear on both classic rock radio as well as more current commercial alternative stations.

They’ve gone through a few lineup changes over the years, and occasionally play out in a stripped-down, acoustic (or semi-acoustic) lineup, and this two-night stand is being billed as an “unplugged” performance. They recently lost their longtime drummer, and announced auditions for that seat, so this may wind up being a transitional period for the group. Regardless, they have a devoted following on Tybee, and odds are both nights will find this eatery filled with both old fans and new converts. Free admission. Listen & Learn: myspace.com/liquidginger. Fri. - Sat., 9 pm, The Bamboo Room (Tybee).

If you dig the spacey, droning haze of NYC’s seminal Velvet Underground, Tx.’s primordial psych-pioneers the 13th Floor Elevators or even the dreamy revivalist mantras of such modern-day revisionists as Black Rebel Motorcycle Club, The Brian Jonestown Massacre or The Warlocks, this buzzworthy Orlando quintet will make you smile, nod out and fumble for a massive glass of freshly squeezed orange juice. Their informed, crate-digger take on a genre which seems on the cusp of a major resurgence has all the lazy bombast of The Jesus & March Chain at their least “mature”: it’s a numbing wall of fuzzed-out bass, distorted guitar, combo organ and hypnotic, pounding drums drenched in echo and insouciantly bedraggled. Listen & Learn: myspace.com/strangestrangers. Mon., 10 pm, The Jinx. 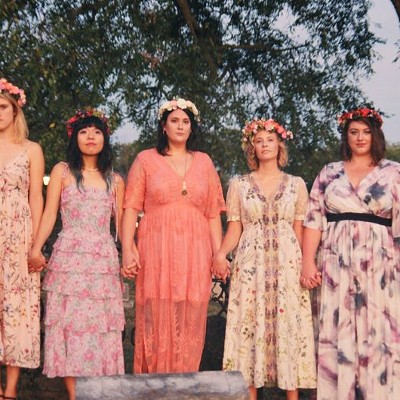