Here are the highlights

ST. Patrick's Day is a perfect opportunity to check out the hardworking talent that we boast right here at home: our signature bluesmen, like Eric Culberson and Hitman, hold down River Street all year long, and great bands like Thomas Claxton and the Myth, Bottles & Cans, and more are not to be missed.

If you have friends visiting for the weekend, no music tour of Savannah is complete without hearing a few songs from our Americana/country leaders The Train Wrecks and The Accomplices.

Music will be ringing out across downtown from multiple stages; plan your own schedule and make sure to see our local folks as well as the great regional talent coming in for the festivities.

Hannah Wicklund started rock trio The Steppin Stones when she was just—wait for it—eight years old. Watching Wicklund grow in her incredible command of the electric guitar has been a treat for Savannah: as she slays rock god solos and belts out the classics, it’s impossible to not cheer The Steppin Stones on. 2015 marks their ninth year together as a band.

“Early on, we were doing straight classic rock: Heart, Pat Benatar, Rolling Stones, Janis, stuff like that,” Wicklund remembers. “We still have a lot of covers, but we definitely are much heavier on original content.”

Having just finished up their third studio record, Wicklund advises that the Hilton Head band will break out some new material at their St. Patrick’s Day shows in addition to old crowd favorites.

“Savannah is absolutely our favorite place to play,” she says excitedly. “It’s just consistently so much fun. The people really appreciate the music and take time to come see you play.”

They come through to Barrelhouse South from time to time, and it’ll definitely be a treat to see them rock the Red Hare Stage: with a sound that blends blues, indie sensibilities and an ear for a good hook, their high-energy show will appeal to fans of all kinds of styles.

In for a Penny

There’s a brand-new band in town just in time for the wearin’ of the green! After 10 years away from music, Sean McNally is back in action with a seasonally-appropriate band: In for a Penny.

“Probably the best description would be Irish folk-punk,” says McNally. “It’s full on energy and even though I’m 46 years old, I feel like a kid again when we play together.”

In for a Penny is currently finishing up a three-song EP, recorded by Kota Mundi’s Paxton Willis (he played the drum and bass tracks on the record, and Isaac Smith added fiddle parts, as well). Limited to just one hundred copies, McNally advises that the exclusive release will be available at their St. Patrick’s Day shows.

“We’ll be doing a lot of revved-up versions of traditional Irish pub songs, some Dropkick Murphys and Flogging Molly covers, as well as a few originals I’ve written,” McNally says. “We’re stoked to bring some rowdy Irish music to a town with so much Irish heritage. With the introduction of In for a Penny into the Savannah music scene, Irish music isn’t just for St Paddy’s Day anymore!” 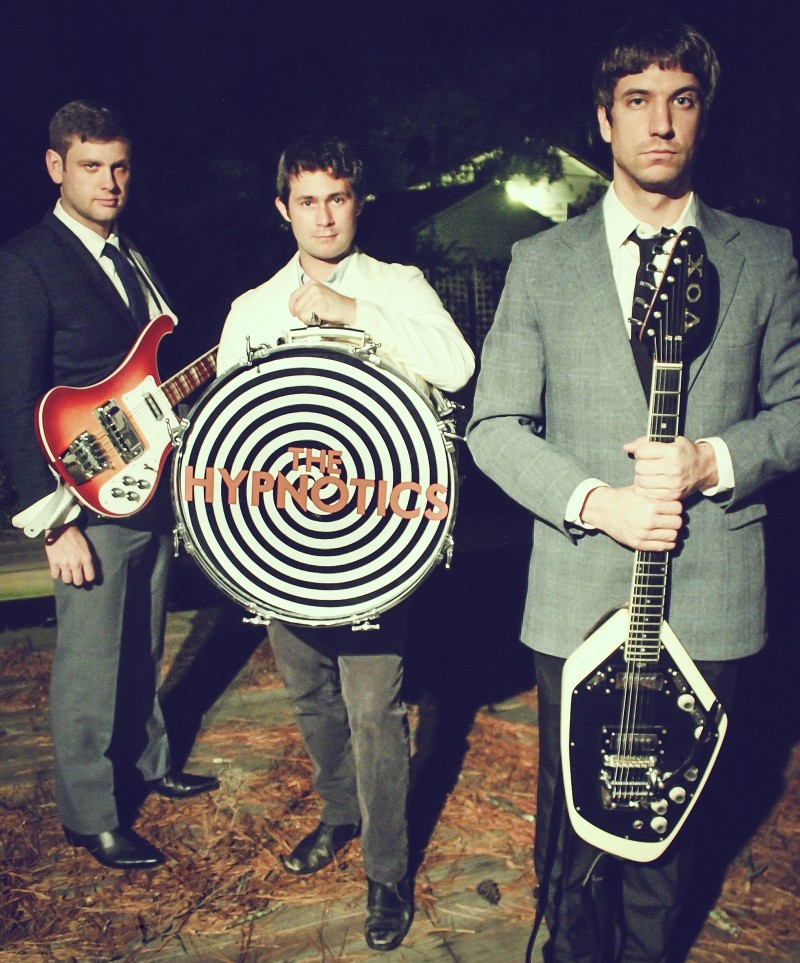 This three-piece is a staple on Congress Street and arguably one of the best cover bands in town. With a deep love for British Invasion, 1960s garage hits, soul, doo-wop, and classic rock ‘n’ roll (we’re talking Chuck Berry, not AC/DC), you can bet on hearing the grooviest hits of The Zombies, The Beach Boys, Roy Orbison, and more. You’ll travel back in time—and dance all night—with this sharply-dressed bunch. While covers are their mainstay, they’ve been known to break out a killer original, too.

With a little funk and a lotta soul, Danielle Hicks is a force to be reckoned with. The charismatic leader effortlessly nods to Bonnie Raitt, Stevie Nicks, Etta James, and more, and her sultry, powerful vocals are a downtown hit.

It’s Hicks’ third time playing St. Patrick’s Day in Savannah; members of her band have been crucial players in our town’s revelry for ages.

“I like the way Savannah, especially downtown, transforms into one undivided celebration,” Hicks says.

Expect to hear a mix of the blues, rock, reggae and R&B from her and the Eight Ohm Resistance, as well as original material.