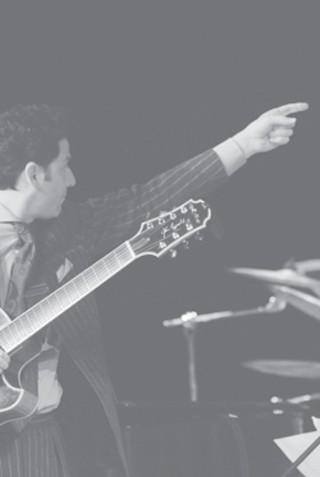 If it seems like Connect Savannah keeps regular tabs on the status of the Savannah Music Festival, that’s because we do.

The most consistently impressive and ambitious event of its kind in our area, it’s become one of the biggest annual draws for locals and tourists alike, and is in a very real way changing the world’s perception of our community’s commitment to the arts.

Thus, we’re happy to report that after several years of losing money (while earning accolades), the non-profit organization has finally turned the fiscal corner.

For the third consecutive year, the festival has generated an operating surplus (in this year’s case, they netted $123,000 on total ticket sales of $736,000). Executive and Artistic Director Rob Gibson credits a combination of creative programming choices, successful marketing strategies, active board participation and sound fiscal management.

“This,” he says, “is a testament to world-class musicians, dedicated audience members and donors, and a cohesive administrative team.”

But it’s not just the increased ticket revenue that bodes well for the SMF — it’s the rapidly growing and demonstrable benefits to the greater Savannah economy that festival organizers seem most enthused by. These benefits include an estimated $11,850,343 in total visitor spending, according to calculations by Dr. Bruce Seaman of Georgia State University.

SMF Public Relations Manager Ryan McMaken elaborates: “There’s a long list of reasons why this type of analysis, when done accurately, is useful to our continued success. First, it’s important all our supporters have confidence in the impact the festival has on the local economy. Local taxpayers, for instance, should know that support from the City helped us produce an event that generated more than $800,000 in local tax revenues.”

It’s this kind of increased structural stability that McMaken says will allow the SMF to move forward and add a number of new and exciting aspects to the festival.

Key among these will be the 2008 Swing Central High School Jazz band Competition, which comes on the heels of this past year’s High School Jazz Band Workshop — which saw standout groups from four different regional states working alongside such master musicians and instructors as luminaries as Marcus Roberts, Jason Marsalis and Wycliffe Gordon.

That intense weekend session saw each group performing a free show in the City Market Courtyard, culminating in select student musicians opening for guitar legend John Pizzarelli in front of over 1,000 ticket holders at the Lucas Theatre.

Swing Central will be open to high school jazz bands nationwide, and promises to combine the long-standing traditions of jazz mentorship and school band competition into an experience that is both thrilling and educational for the musicians and audience members alike.

McMaken says Gibson and the festival’s Education and Program Manager Gene Pinion feel strongly that the workshops are “central to the mission of this project.”

“The SMF is devoted to musical traditions,” he continues. “As much as we strive to facilitate great collaborations, it’s equally important to push jazz tradition forward by putting a student on the piano bench next to a master like Marcus Roberts.”

McMaken admits that taking the festival into the black is “a great milestone,” and says he’s certain that a major weight was lifted from those who’ve been in the trenches for years. He calls being involved with an organization based on sound fiscal leadership “extremely reassuring.”

Yet he cautions those tempted to assume the SMF’s goals and direction will change drastically now that organizers have some small measure of security.

“Our programming choices definitely aren’t made based on our financial standings. The 2008 festival will feature several new commissioned works, and I think it can be expected that the event will continue to grow, stylistically,” McMaken says.

“I wouldn’t be holding my breath for a Dokken ‘Defenders of Rock’ show at the Lucas, though, if you know what I mean. (laughs)”

For more information on the 2008 SMF, which runs from March 20 to April 5, see www.savannahmusicfestival.org