What: Opening Reception with music by Heavy Boots featuring members of Triathlon

When: August 7, 6-9pm, part of the First Friday Art March

Milner's images are brutally and beautifully honest—the subjects caught in moments of contemplation, planted deeply into their environment.

"HIS HOUSE—the first time he brought me there, he had to meet me down the road, a half mile or maybe more, and we had to take his boat to his house because it was so flooded," recalls photographer Stephen Milner.

“You had to pull the boat right up to his deck. We parked the boat where his truck is usually supposed to be,” he tells of visiting Jody Slater’s home on the banks of the Ogeechee River.

“He opened his doors to me. He took me out on the river. It was the first time I got to get on a boat and explore. He’s generations of family on the river,” Milner says.

It’s the Ogeechee River’s history and generational ties that weave throughout Milner’s photographs.

An exhibition of Milner’s work presented by the Ogeechee Riverkeeper, an organization protecting, preserving, and improving the water quality of the Ogeechee River basin, will open August 7 at Jelinek Creative Spaces.

The story he tells encompasses both the legacy of the river and recent tragedies; it was the tragedy that brought Milner to its banks.

“Back in May of 2011, we started getting calls that there were dead fish in the river,” explains Emily Markesteyn, Executive Director of the Ogeechee Riverkeeper.

“So when we went out, we noticed that there were dead fish appearing in the river below King America Finishing’s discharge pipe. When it was all said and done there were about 38,000 fish from the Screven County-Bulloch County line, all the way down to Chatham County,” says Markesteyn.

Milner says, “I saw on the news this fish kill. It was one of the worst natural disasters to hit Georgia. I was always interested in Southern river culture too, so I thought it was perfect to go explore.”

He followed his curiosity, discovering tiny river towns nestled along the curves of the black-water gem.

“I never saw the fish kill, just the aftereffects. The only fish I ever saw were frozen fish people collected from the river,” says Milner.

Instead he unearthed a rich community of people, many reeling from the cultural, emotional, and economic impacts of the largest fish kill in Georgia’s history.

The camera is an unspoken character in Milner’s images. The slow process brings a meditative quality to the images; a sense of quiet understanding.

“You’re lugging around this huge piece of equipment and it’s 100 degrees out and you’re getting ripped apart by bugs—they trust you and understand that you are here for a reason, not to take a picture and run away forever,” Milner says.

From this trust come images that are brutally and beautifully honest—the subjects caught in moments of contemplation, planted deeply into their environment.

Milner lends this interpersonal insight to his landscapes as well, elevating the river and its trappings to a place of human majesty.

“Stephen did a really good job of documenting this wild and pristine river that we have. He was able to capture the catastrophe that happened and how it impacted the people who rely on that river, either by living on it or fishing from it,” says Markesteyn.

Halfway through his project Milner reached out to the Riverkeeper proposing collaboration—the forthcoming exhibition, from which print sale proceeds will benefit the organization.

When Milner contacted them, they were deep in litigation with King America Finishing. The fish kill aroused suspicions and the Environmental Protection Division (EPD) discovered they were discharging without the proper permits.

“There was a lengthy legal battle between EPD enforcing the laws and then we saw the Clean Water Act lawsuit. They were never fingered for actually causing the fish kill, but we knew that it was a solid case with them illegally discharging,” Markesteyn explains.

The Riverkeeper was awarded a monetary settlement, which expanded their monitoring and educational programming.

“It’s not only a win for us and the Ogeechee River but it sets a good example statewide for other organizations citing an issue, and hopefully this will encourage other industries to do the right thing and follow the law,” says Markesteyn.

Milner’s work captures the humanity of this story—the folks on the ground and on the water who felt the aftershocks of the environmental blight.

The dark clouds are parting now. The water is deemed safe and slowly the community is regaining comfort with their old friend.

People are eating the fish. They are back on the water. Milner is witnessing and documenting the return home.

“If I go out now, I’m mostly looking for people swimming in the water. It’s a happy thing to see, especially when in the past you never saw people in the water.” 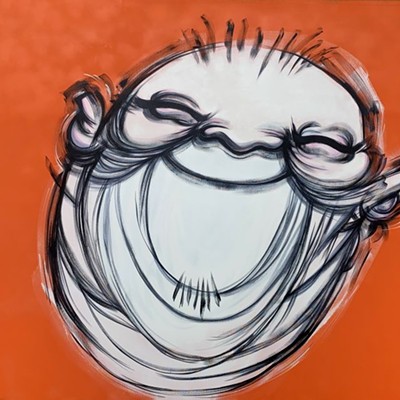