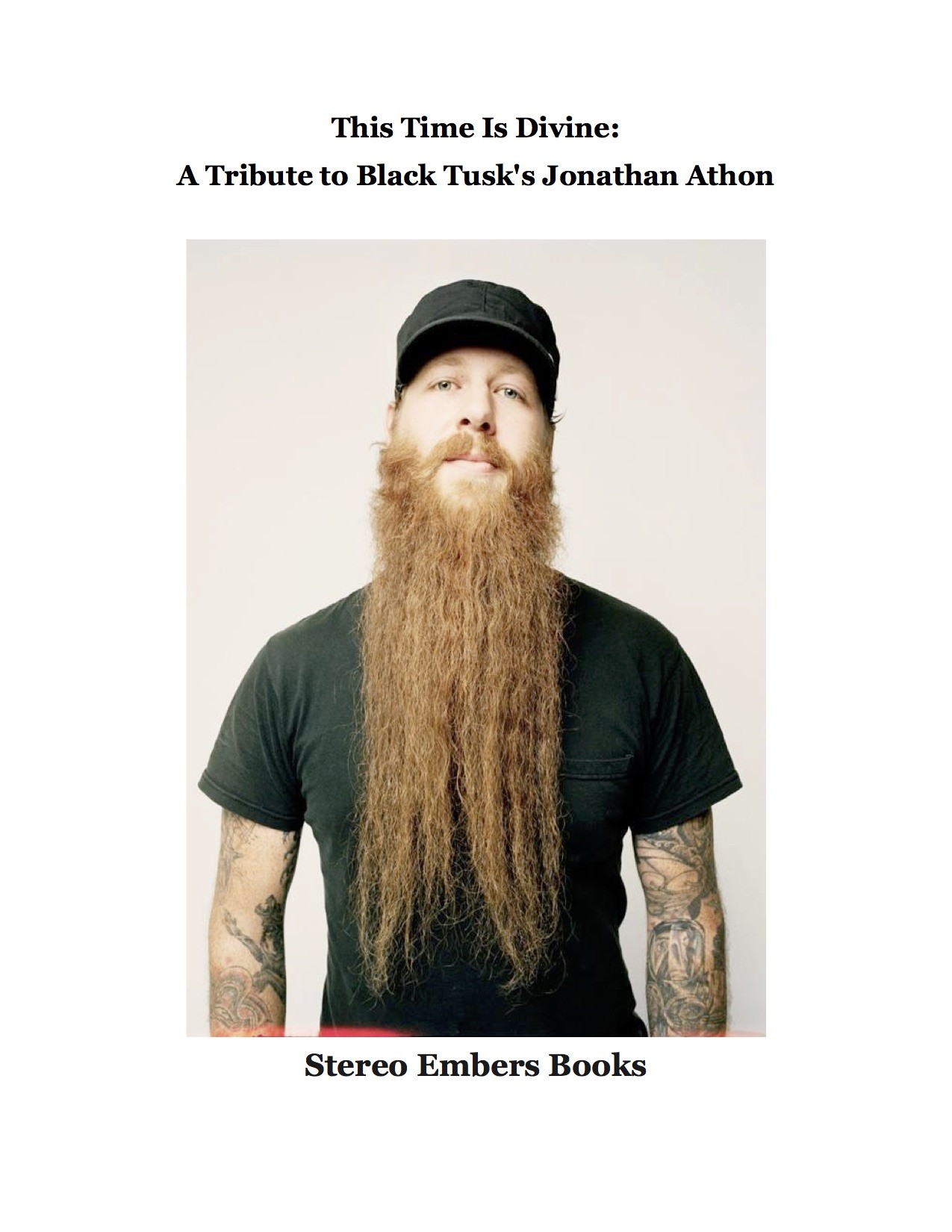 Sterep Embers Books
Stereo Embers Magazine has released This Time Is Divine: A Tribute to Jonathan Athon. The e-book, available via smashwords.com, is a tribute to the Black Tusk bassist who was tragically lost last year in a Savannah traffic accident.

Comprised of memories and essays by his friends and music family, including members of Kylesa and Baroness, Stereo Embers says that This Time Is Divine "is a book that proves community can keep us all alive."

All proceeds will go to the medical costs of Athon's girlfriend, Savannah's Emily Boutwell, who was injured in the accident.