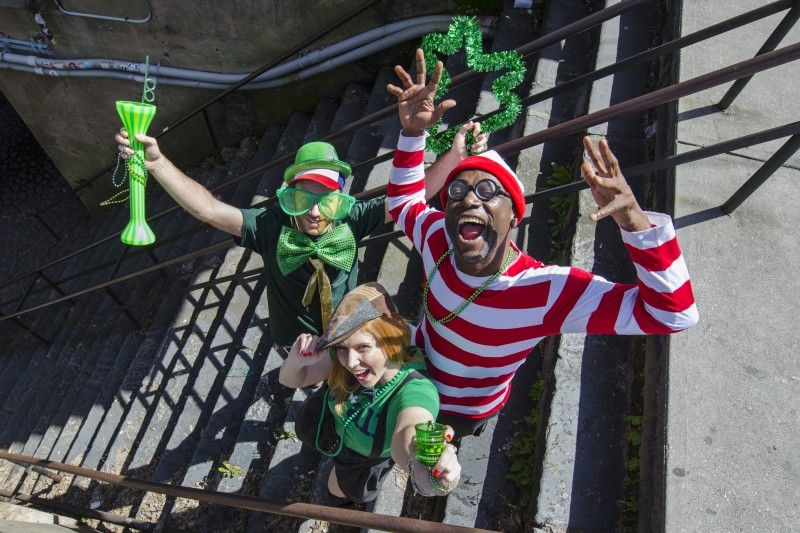 Geoff L. Johnson
Tom Worley, Britt Scott, and James Holmes on The Stone Stairs of Death for our cover shoot

Take this issue with you on the big day and see who can get the most points! Low score buys the first round of Jameson shots at Chuck's after y'all finish.

Post your selfies with the hashtag #StoneStairsScavengerHunt and be eligible to win the Grand Prize, never before offered: Your very own FREE LIFETIME SUBSCRIPTION to Connect Savannah!*

Have a Cocktail at Pinkie Masters (2 Points Per Drink)


Uncomfortably Awkward Kissing of Soldiers Marching in the Parade (10 Points)

Be on the lookout for WAY TOO YOUNG girls with heavy lipstick kissing soldiers.

As well as my awesome-as-f*** gay friends, trying to sneak one in!

My buddy Brandon got yanked away by the police for his attempt a couple of years ago—it was F***ING HILARIOUS! 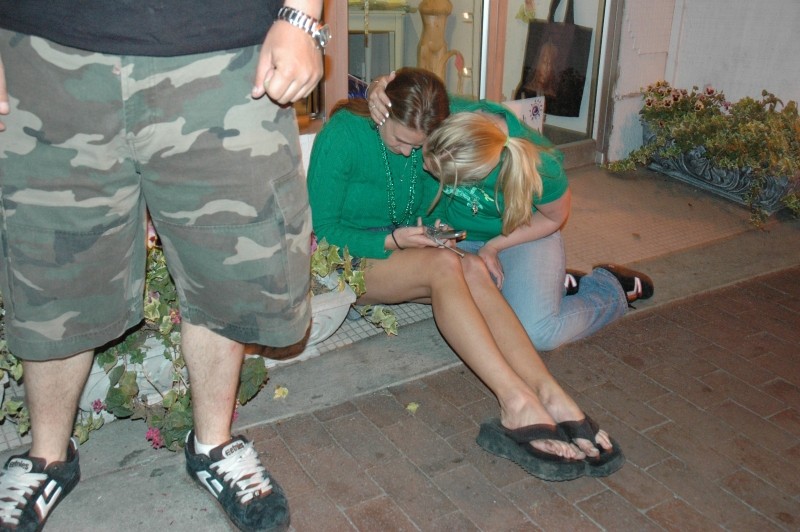 One of my all-time favorites. Hashtag my ass EVERY SINGLE TIME you see one. PLEASE!!!


Drunk Girl Walking With Her Shoes in Her Hands (20 Points, 25 Pts If Also Crying)

Pretty f***ing gross, in itself, but they sometimes have their male friends carry them over their shoulder... you know, because of that ridiculous "I Got River Faced on Shit Street" thing.

Do you remember those two tourists that shit-talked their OWN WAY into an epic River Street ass beating and then, according to police, LIED about the FACT that they brought on themselves?

Well, you should stop by and take a selfie where the pummeling of ass occurred. The address is 1 West River Street, aka, RIGHT NEXT TO THE SAVANNAH F***ING VISITOR CENTER!!! Directly behind City Hall, of course...

Let's just hope your selfie doesn't turn out looking like one of these two, as they posted on their own Facebook pages.


Questionable Parenting Techniques (10 Points, 25 Points for Intervening and Not Getting Your Ass Shot )

Be on the lookout for this one—SERIOUSLY. The abandoned stroller... or, those that sit their beer ON said stroller, just to have the beer cobblestone-dribble into the lap of the unwitting child. Happens ALL of the drunktarded time on St. Pat's.


Give a Pedicabber a Bottled Water (25 Points)

Hell yes, you should. These awesome folks are working their ASSES OFF, often pedaling around, oh, I don't know...1000+ lbs of drunk, sloppy and stupid per ride??!?

Seriously, hook them up with a water... or one of those "ade" things.


Beer at The Legion, Burger at Betty Bombers (5 Pts Per Purchase) 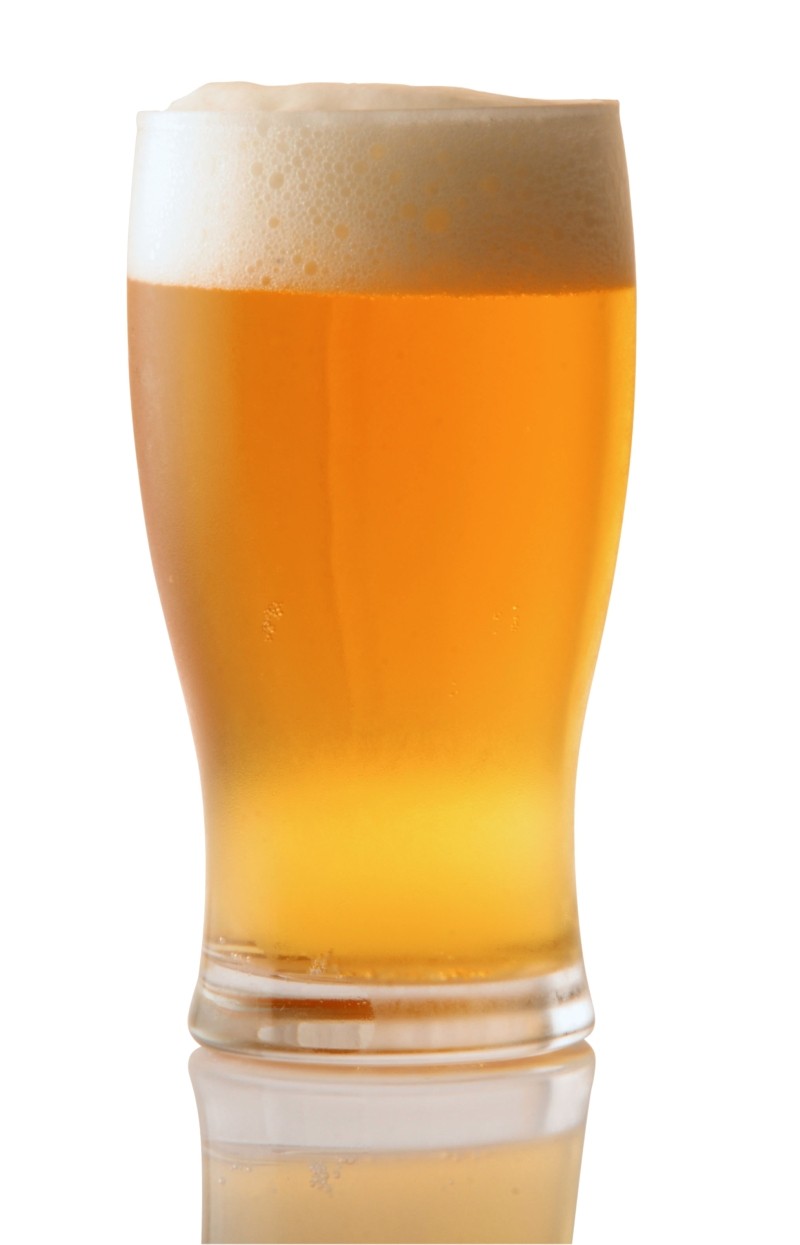 They are FINALLY back open! Betty Bombers, too!! HEY-OOOO!!!!

One of the most AWESOME bars in Savannah. Seriously, I am on my way over there now... I mean, I am LITERALLY writing this while on the way.

Downtown's favorite multi-millionaire/Broughton Street savior has been known to enjoy Savannah's cultural scene. We can't imagine he won't be out and about, or even in the parade itself. 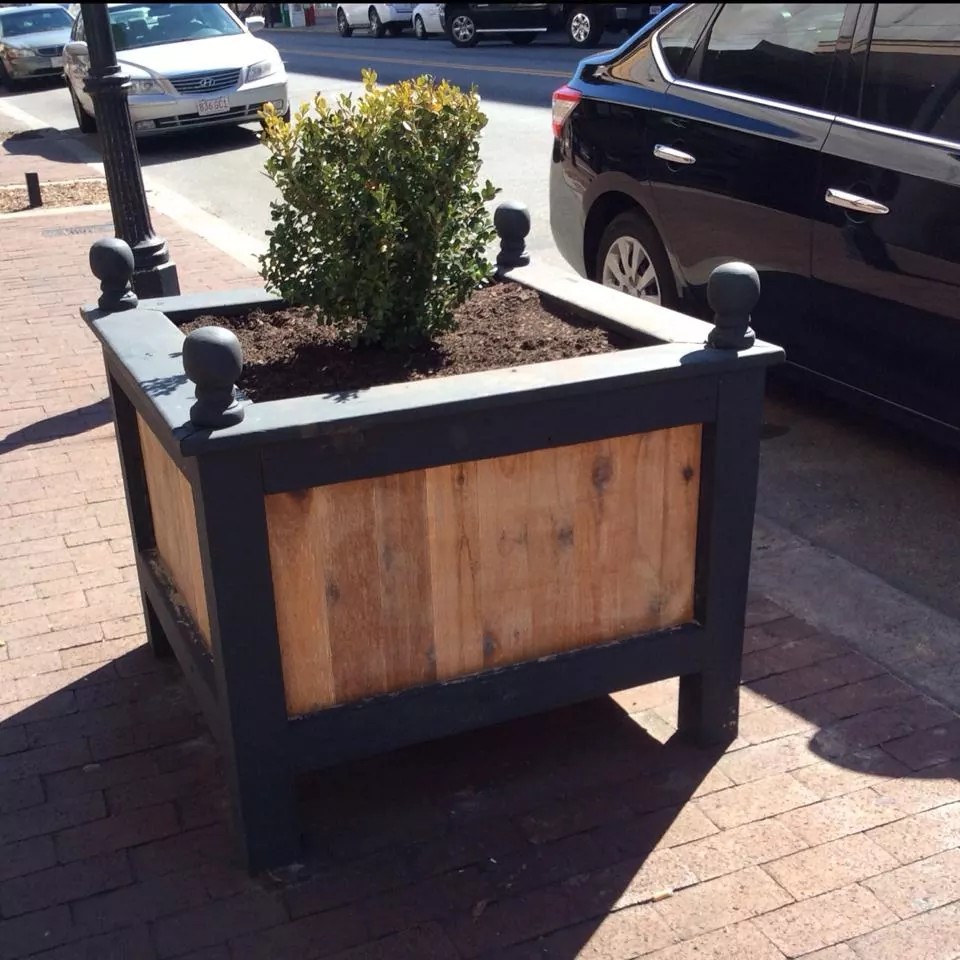 I'm not sure if this is a "thing" yet, but I sure hope it becomes one.

Nothing says "Welcome to Savannah" so much as getting up close and personal with our fair city's most ruthlessly efficient government department, Parking Services.

This happened to me a few St. Pat's back...AND I CALLED BULLSHIT ON THEM!!!

I was parked overnight on a side street, and there were no signs up to let me know that it was a towing zone. NONE.

I ,of course, got reimbursed for the city's dipshitiotardotry. My buddy Brandon (mentioned earlier) was the the one that got his drunk ass out of bed to come and pick me up to get my car the following day.

Boy, was that a discombobulated shit show of a morning... '09, I think.

Another one of my all time favorites, especially when said politician pretends to be temporarily deaf. I'm a very active participant in this one, myself—count on Mayor Edna's absurd flower(s) to be a particular highlight.

Waldo, aka James Holmes, is everywhere on St. Patrick's Day. He even photobombed our cover! I bet you'll see him out and about. Tell his ass The Stone Stairs said hi.


Uhhhh LAME Corporate Floats in the Parade That Could Be In Any Parade, Anywhere (5 Points)

They come out to play EVERY F***ING YEAR—let me know how many you see.


Walk Down The Stone Stairs of Death (50 Points, Instant Disqualification If You Faceplant Like an Idiotard ) 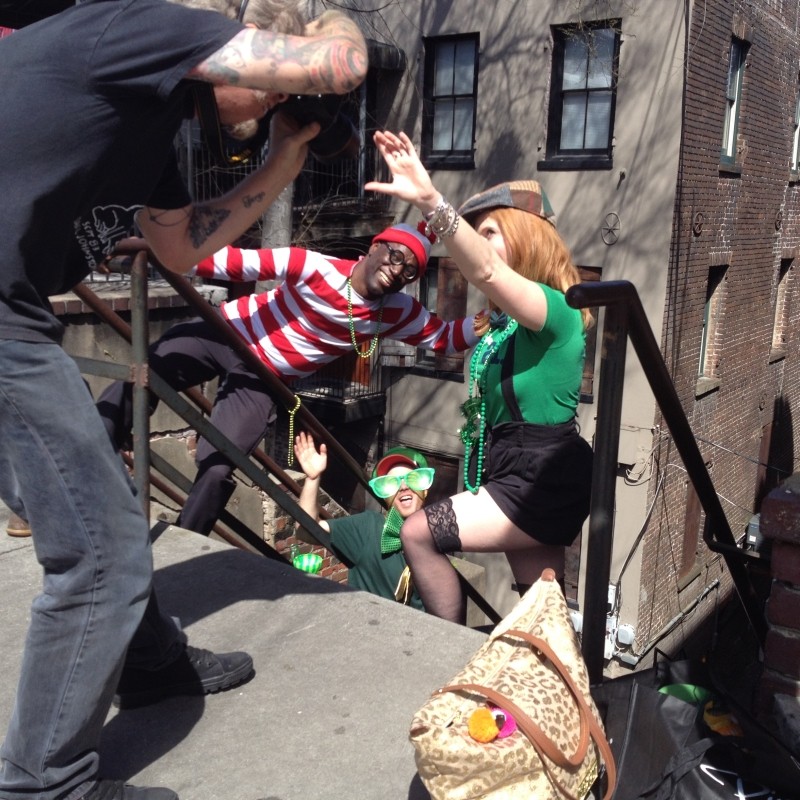 An outtake from our Stone Stairs of Death cover shoot by Geoff L. Johnson

Yep. Located off of Williamson, between Chuck's and Dub's, I am the grandest gateway down into the River Street shit show. Innumerable faceplants and maimings have been documented here over the years. DON'T BE A CASUALTY OF THE STAIRS!!!

Just ease on down and join me for a Jameson or 20... I'll be the guy doing an ass-ton of shit talking. You should, too.


*(*Connect Savannah is, of course, always available free at connectsavannah.com. That’s it, that’s the Grand Prize! Get it? Don’t be an idiotard. ) 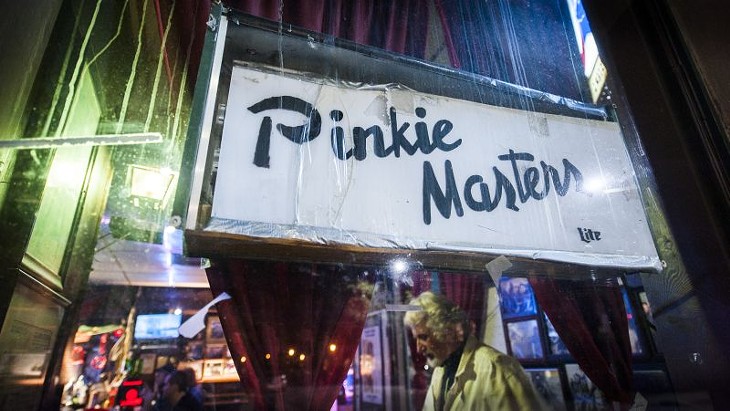 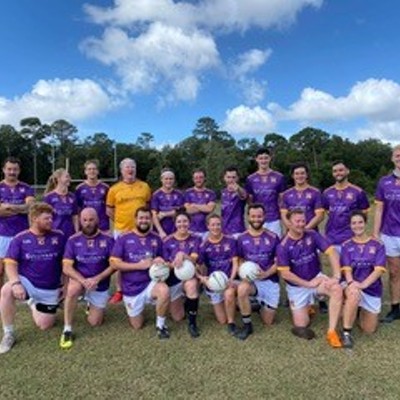