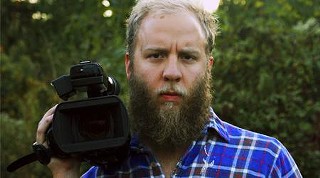 The best film festivals try for much more than a couple of big movies and some stars. They are a showcase for not only the established, but the promising.

Short film subjects have been a mainstay of the Savannah Film Festival since its inception — most notably, short films from the students of SCAD. Six of the 11 shorts in competition are from SCAD students, with subjects ranging from surreal animated fairytales to nightmarish historical fiction and even absurd comedy.

Each of these films is a success for a different reason. The one thing that brings all of them together, however, is that they have all been put together by people who believe in just how much ground film can cover.
Accomplishing this on low budgets, and with short running times, makes each film even more extraordinary.

Here’s a critical analysis of three of the six SCAD films, with a few questions for each of the young filmmakers. The remaining trio of films will be examined in next week’s issue.

The Earth in the Air

This film has a mood and story as much rooted in history as it is in the tradition of a truly frightening, strange horror film. There is no better shot in the movie to establish this than the first one:  Great, rolling stampedes of black smoke that in photographs look as menacing today as any monster you could find in fiction. Cameraman Matthew J. Kern, who was also one of the producers, shoots a perfect New Mexico backdrop to the appropriately bleak set design. The story is indeed based somewhere in the infamous 1930s Dust Bowl. It’s hard to shake the feeling that the end of the world has just taken place.

Joshua S. Hogan and Robert Conley in their roles give distinctive performances that are unified by the grim circumstances their characters find themselves in. At no point do we learn their names or even their history. It’s left up to our imaginations and their strong work. Credit for the rich tone is also very much due to Clint Snow and Houston Snyder for the music and sound. These things never overwhelm the proceedings, as they often do in countless so–called horror films. They masterfully build up and add to the anxiety without ever overstaying their welcome.

The Earth in the Air shows the necessity of a successful independent film being the sum of its parts. By the time you get to the simple, almost haunting ending, you will have seen each of those parts in action.

Connect Savannah: The opening shot of black clouds overwhelming the already–desolate landscape of The Earth in the Air is just stunning. How did you get something like that?

Jared Hogan: Prior to heading out to New Mexico for our two weeks of shooting, we tried to figure out a way to create that much dust. We considered industrial fans, fire extinguishers, even driving a car around in circles to stir up dust. Eventually, we decided to work with the very talented Colin Levy to achieve the dust storm effect in post production. Colin was our visual effects supervisor, Matthew Radford was our visual effects artist. We did a lot of research on the front end, read a lot of books, and watched a number of documentaries. I even talked to my grandfather who grew up in Okeemah, Oklahoma in the heart of the Midwest.

The April 14th, 1935 date that appears at the beginning of the film obviously has its significance in The Dust Bowl. Even so, how does a film like this come about? Where did the story come from?

Jared Hogan: The film was originally an 18–page script that involved nearly 30 extras and 6 principle actors. We quickly came to the realization that the story had to be simplified, but we weren’t willing to forfeit the impact of the story or our representation of that unique period. The story you see in the final film came from a very brief conversation I had with my D.P. Matt Kern, while location scouting in Texas. We decided right there that there would be two actors and no dialogue. We wanted the narrative to be driven solely by striking visuals and unique sound design.

Where do you hope to go from here as a filmmaker?

Jared Hogan: I’m working full time as a video producer in Charlotte, N.C. at Elevation Church. I have slowly started to produce my next short and will hopefully begin production next fall. I promised myself after I finished The Earth in the Air that I would never do a period piece again, but I am finding myself entranced by another time period – I’m currently researching Civil War history and am already elbow deep in ideas. That is how it seems to go for me. I find a period of time or a style, and it’s the only language I can speak until I get it out of my system. My hope is to continue to create films and in time be able to graduate to more long form projects.

Written and Directed by: Kyle Stephens

In just over two minutes we are given more heart and spirit in the design of the characters, locale, voice actors and in the film’s raucous, wildly entertaining song than anyone could ever ask for. Stephens drops McDonough into our laps at about a thousand miles per hour, only to pack up the show and leave us when things couldn’t possibly be any more fun. That’s really the only fault in the film. It feels more like a teaser trailer for something extraordinary than an actual short film with a distinct beginning, middle and end.

An immense amount of work must have gone into the masterful stop–motion animation of Stephens and his team. As we move through the story of inventor Davison Ichabod McDonough and his less–than–stellar results in building a flying suit, we’re treated to some breathtaking character and architectural designs.

Connect Savannah: How did McDonough come about?

Kyle Stephens: I was doing a caricature a couple years back of my best friend and roommate; I drew him as a Scottish admiral from the Victorian era and told him it was one of his ancestors. Later on in the school year, I had a Character Design class and thought it would be fun to fully flesh out the character, and all these stories about the fictional McDonough in a steam punk–era Scotland started to pour out. Steam punk is this genre of fantasy that takes place in the old Victorian era where technology is much more advanced, but through steam power. I thought it would be perfect to incorporate all these industrial and Victorian themes into the texture of stop motion animation.

How much time went into the filmmaking process?

Kyle Stephens: From concept to finish, it took about nine months. The first quarter of my senior year at SCAD was spent coming up with the story and the song. I already had the character ready, and knew the gist of the story. I just had to make it all work and be compelling enough to attract a crew. Winter quarter was mostly spent building my puppets, assembling my team together, having my production design crew build the set, and the getting the vocal ensemble into the studio to record the song. Spring Quarter was basically a mad dash to get everything shot and edited in time.

Kyle Stephens: I’m writing the script for another installment of McDonough, which will focus on McDonough’s arch nemesis, Admiral Griff Piggot V. Piggot’s goal is to annex the city of Edinburgh for the British Empire, driving his huge steam engine directly into town to seize the local land, and the only man who stands in his way is McDonough.

Written and Directed by: Fay Helfer

As short as this is, it should be required viewing for anyone who might be a little sick of most of the mainstream nonsense passing as cartoons these days. It’s much more sophisticated, for one thing.
Helfer and her small, dedicated group of voice actors, writers and effects wizards (David Hale should be commended for his work here) haven’t forgotten what cartoons are supposed to look and feel like.

Films like There Once Was and others are making places like YouTube more than just a dumping ground for home movies and old music videos. They have in recent years brought back the notion that cartoons can be just about anything the right mind wants them to be.

Connect Savannah: Three marvelously unique animation styles are used in the film. How were they achieved?

Fay Helfer: The first animation is a mixture of 3–D animation and a technique called “rotoscoping,” which basically means that every frame of the digital footage was “traced” and reproduced by hand for the final rendered look. In this case, I used ink on paper for the background, and sand on glass lit from behind for the characters. The second animation’s style is entirely stop–motion animation, using handmade four–inch foam and latex puppets, moved and captured frame by frame on a 4x4 foot set. The last short was created using scanned images of nautical charts, symbols, and a map of the Georgia coastline, which were then cut out in Photoshop and animated using After Effects.

Were any of them especially difficult to realize?

Fay Helfer: The first animation, A Bat Named Horatius, was the most difficult and time–consuming to create.  I wanted the final aesthetic to fuse the intangible smoothness of CG technology with the texture of real, tangible materials. After realizing the short using 3D animation, I still had the tedious task of tracing over every frame, twice. I painted 700 pages of the environment with India ink and a bamboo brush, and used sand from Tybee Beach on my glass–top coffee table with a light underneath to create silhouette images of the characters, which was pushed around with a tiny brush over 700 times. cs