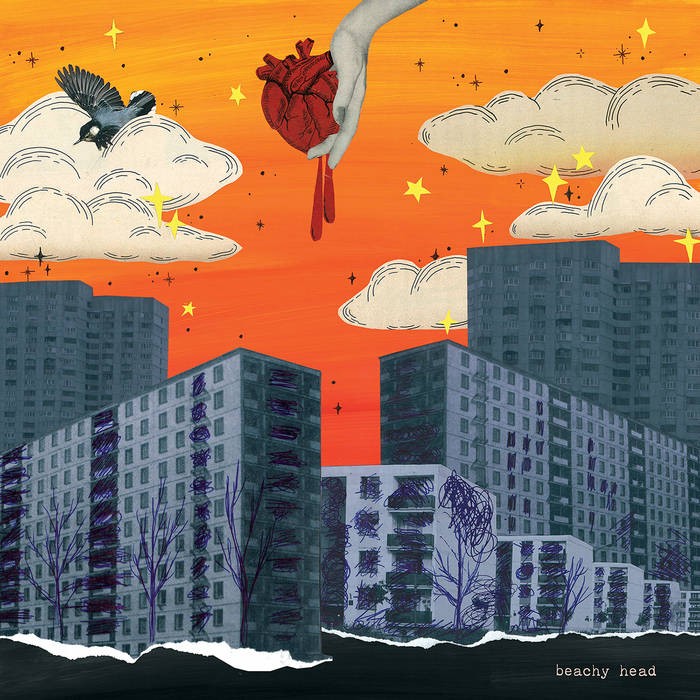 Photos Courtesy of Beachy Head
Beachy Head debut album artwork
In the midst of a pandemic-driven lockdown, Slowdive’s Christian Savill remembers a friend asking him how he was coping with it all and he replied that he couldn’t really notice any difference. While admittedly, that’s not a healthy state of affairs, he was also deep in putting together a new record that would become the debut album for his new band, Beachy Head. Inspired by the chalk cliff and infamous suicide spot in Sussex, England, Beachy Head comprises Slowdive’s Rachel Goswell and Christian Savill, Flaming Lips drummer Matt Duckworth, Ryan Graveface (Casket Girls, Dreamend) and Steve Clarke (The Soft Cavalry). “Beachy head is one of my favorite places,” Savill said. “I go there quite a lot. It’s really beautiful and there’s loads of cute stuff around that area, but on the other hand, people go there to end their lives. When you walk around, there’s always a suicide patrol van going up and down. It’s kind of a sad and uncomfortable mix.” According to Savill, the pandemic has been slightly irrelevant to the record. “I guess there is a theme throughout the album and it’s probably why people could assume it’s influenced by lockdown experiences. All the good stuff is there: Isolation, loneliness, depression, unhealthy distractions, paranoia, confusion. But actually, it’s not about Covid, it’s just another indie-rock dude got dumped,” explained Savill. The idea for Beachy Head came in 2019 after Savill started writing and demoing songs while having a year off from Slowdive. “I was just home on my own going a bit nuts, writing these fragile songs,” Savill recalls. From his phone, Savill recorded demos of just guitar and vocals, that he then sent to his friend of two-decades, Graveface. Graveface and Savill really started to build the songs in Savannah right before the pandemic hit in 2020. “That week in Savannah was where the record took shape,” said Savill. Clarke, Slowdive’s touring manager and Goswell’s husband, eventually contributed his harmonies and other instrumentation in-between lockdowns from the UK. Before long, Goswell was singing vocals and the legendary Duckworth was topping it off with drums. “I’m always down to collaborate with friends, and when Ryan brought this project to my attention, I had just seen Slowdive at Desert Days in California and they absolutely blew me away, so obviously I was excited to get to help with the record,” said Duckworth. “I actually recorded my drum parts the day before quarantine started in Oklahoma, and it was kind of an anxious and stressful time, and it was so good for me to be able to focus on some music.” According to Savill, the band has yet to all be in the same room, although he’s been able to work in-person with Clarke and Graveface.
click to enlarge 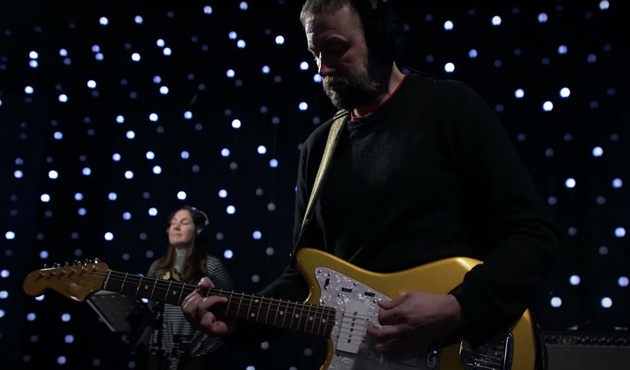 Photos Courtesy of Beachy Head
“I think it’s actually a pretty common way to work these days, event without Covid,” Savill explains. “[I] definitely miss that live-room feeling when something clicks, [but] on the other hand, it’s really exciting to receive files back and hear a song come to life. It’s like opening a present.” Earlier in April, Beachy Head launched their new project with debut single “Destroy Us” and a second teaser, “All Gone.” “‘Destroy Us’ is a good introduction. It’s a bit different from previous projects we’ve been involved in and ‘All gone’ maybe shows a different side to the album,” explained Savill. “It’s more fragile. Plus, Ryan made a cool video for it. We do plan to release another song or two and a video.” The group’s self-titled debut album will be released on April 30 through Graveface’s eponymous record label. “This album is a dream come true,” said Graveface. “To hear Rachel sing on something I co-wrote has been one of the most inspiring things ever for me. I literally started playing the guitar to Slowdive, and Christian’s style/tone is to this day, one of the biggest impacts on me. So yeah, needless to say, this is a big deal in my world. Glad people are responding well to the music.” Despite the formation of Beachy Head, and Duckworth secretly hoping that the band gets to do some live shows in the future, each of the band members continues to work on other, big projects that fans can look forward to. Duckworth is gearing up for another “Space Bubble” concert to perform American Head with the Flaming Lips, Savill and Goswell are working with Slowdive to complete the bands fifth album, and excitingly for Savannah, Graveface is planning on opening a theater/music venue in the city later this year.