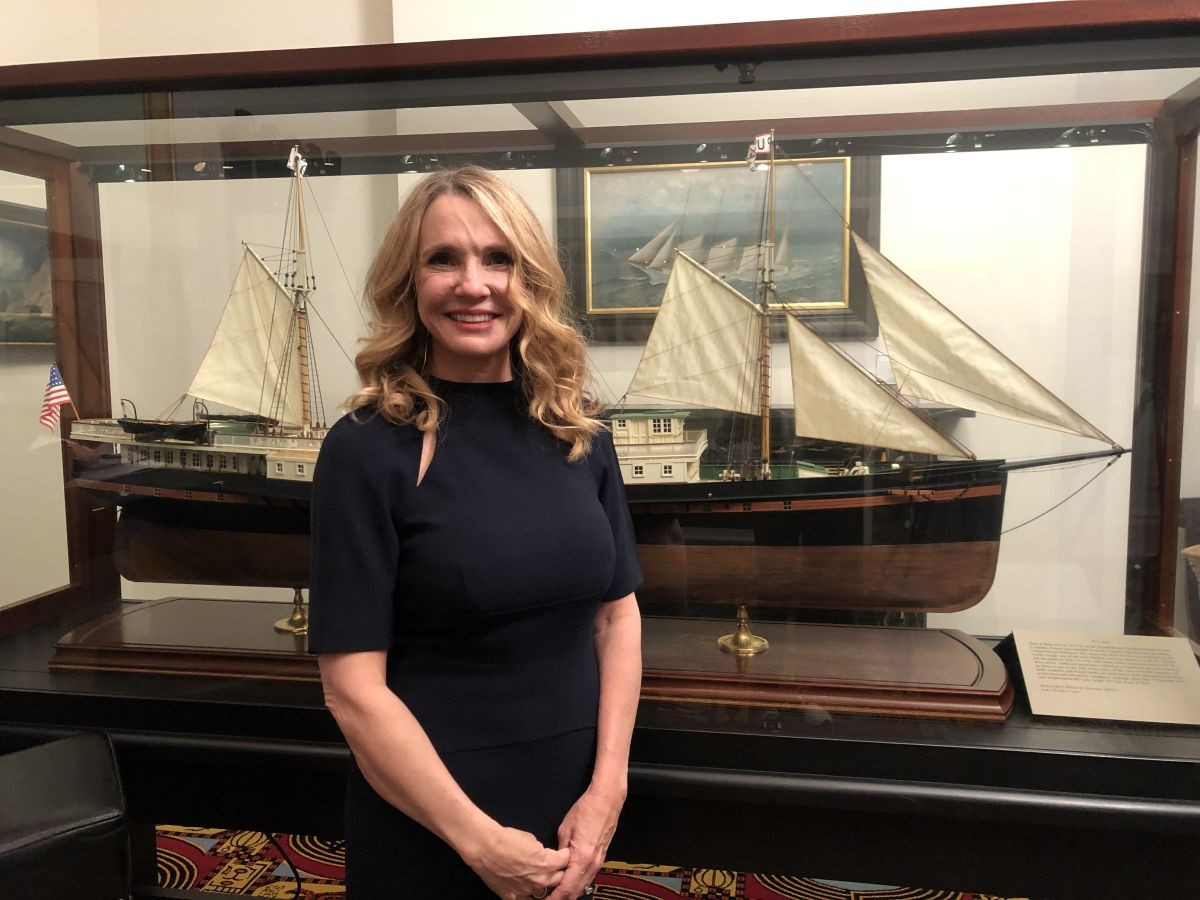 Photo by Brandy Simpkins
Patti Callahan Henry stands with a model ship March 9 in the Maritime Museum.
The Hostess city is well-accomplished in sharing its rich history, but there is still a world to discover about Savannah’s 288-year past. New York Times bestselling author, Patti Callahan, is ready to share one of Savannah’s untold tales as she has released her latest novel, “Surviving Savannah.” The novel details an event so tragic that it caused the city of Savannah to shut down one day in the summer 1838. According to Callahan, everyone knew someone that had gone down in the sinking Steamship Pulaski which went down due to an oil explosion 184 years ago— They are calling it, “The Titanic of the South.” The historical fiction novel follows a dual timeline based upon the true story of a sinking steamship combined with the story of a modern-day museum curator that is uncovering the truth of the nearly two-century-old disaster. “I follow the stories of two historical women from 1838 on the ship and what happens to them when the ship explodes off the coast of North Carolina,” Callahan said. “The modern-day story follows a museum curator who is working with the ship hunters who are bringing up the lost treasures and artifacts of that night.” Upon first hearing the true story of the steamship, Callahan did not fancy the story or think that it was hers to write. “I don’t write about shipwrecks,” she told her friend, Boo Herrell, a mariner who enthusiastically proposed the subject to her.
click to enlarge 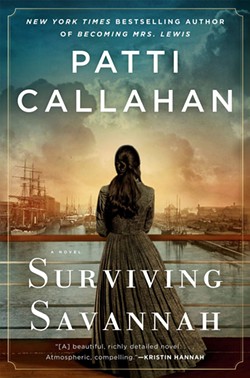 Photo courtesy of Patti Callahan
New York Times bestselling author, Patti Callahan, shares one of Savannah’s untold tales in her latest novel, “Surviving Savannah.”
Callahan said she denied Herrell time and time again, year after year, and each time he proposed the story idea to her. But, one day she said that she felt differently about it and she started to do some digging. “When I was trying to decide whether to write the story, I was about three weeks into it when I ran across a headline that stated the ship had been found 100-feet deep and 30 miles off the coast of North Carolina,” Callahan said. “It was a great synchronicity,” Callahan said. “If I had started at the time when he first told me about it, the shipwreck would not have been found.” Though the occurrence led the author to feel like writing the story may be fate, the process of writing “Surviving Savannah” was no small feat for Callahan. She said the research process was difficult and she spent many nights crying and contemplating if the story was worth all of the trouble. When the ship hunters contacted Callahan to let her know of and invited her to see some of the lost treasures they had found, it enabled her to keep the faith. Some of these discoveries included name tags, marked luggage and silverware with mysteriously-marked initials — all of which she included in her story — added to Callahan’s curiosity and pursuit. Another one of these small, recovered treasures was a pocket watch that had stopped at 11:04 p.m. — the exact time that the steamship was recorded to have sank, Callahan told Mary Kay Andrews in a discussion with E Shaver BookSeller at the Ships of the Sea Maritime Museum on March 9, her novel release day. Despite already being a bestselling author, Callahan said that she tries not to worry herself with the other’s expectations of her and her work. “I try not to give my thought to ‘Does it meet anybody’s expectations or does it do what I want it to?’” Callahan said. “Instead, I focus on ‘This is the story; this is why this story is important; this is why I spent three years researching and writing it.’” Callahan said this is what it means to her, but asked her readers what it means to them. “I try to focus on the story that is being told when I’m with my better angels,” she said. Callahan said both the historical context and the modern-day context tie together making some meaningful connections. “One of the themes that ends up rising out of this is this idea of ‘How do we survive the surviving?’ It is something that rose up not only out of this story but out of 2020 for me.” “Surviving Savannah” was released March 9 with Penguin Random House Berkley Books and is available for purchase now. Visit patticallhanhenry.com to find the author’s upcoming talks. 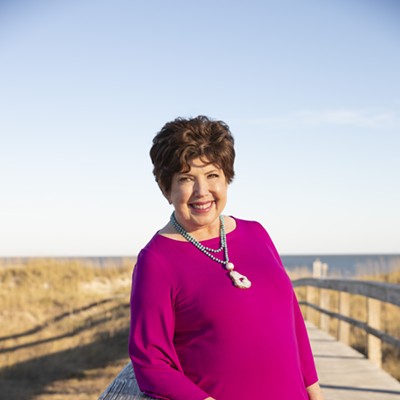