For the ninth consecutive year, Tybee Island is transforming the Ocean Front/Tybrisa parking lot into the closest thing Chatham County has to a good ol' county fair. The Tybee Pirate Fest may be a little long on cheap eyepatches and plastic swords, and beery locals yelling "Arrrr" a few times too many, but the cheese factor is kinda part of the fun.

And fun it is.

The kids' area has a small ferris wheel, and a couple of bounce houses, and a petting zoo and other stuff. During daylight hours, it's the only place to be if you're little.

The Saturday-afternoon parade (starting at 3) is kid-friendly too —that is, if the attendant beer-drinkers are behaving themselves — because the "pirates" on the floats throw beads, coins and the like.

And you know how much little kids like that sort of thing.

There's also a Journey tribute band ("Departure") and a band that does nothing but Jimmy Buffett songs ("A1A"). It's party time, if that sort of thing floats your boat.

Stages will also feature some local bands, including Bottles & Cans, Lyn Avenue, Domino Effect, the Chuck Courtenay Band and others.

Did we mention the pier fireworks Friday and Saturday night? 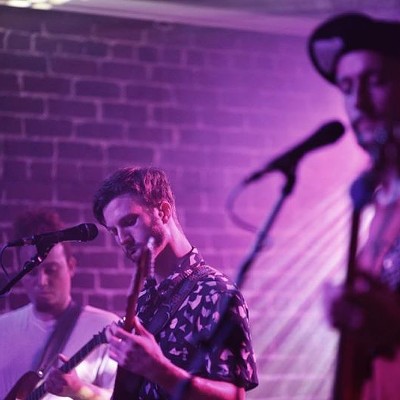