MasterClass.com
Mashama Bailey of The Grey

MasterClass, the streaming platform where anyone can learn from the world’s best across a wide range of subjects, today announced that Mashama Bailey, co-founder and executive chef at The Grey and winner of the James Beard Foundation’s Best Chef Southeast award in 2019, will teach a class on Southern cooking.

In her class, Bailey dives into the rich layers of cooking Southern food—its history, flavors, dishes and techniques—and shares her approach to preserving traditions while reinventing classic recipes. Bailey’s class is now available exclusively on MasterClass, where subscribers get unlimited access to 100+ instructors with an annual membership.

“Recognized by the James Beard Foundation as best chef in the Southeast, Mashama has advanced Southern food by paying homage to her heritage while innovating with European influences,” said David Rogier, founder and CEO of MasterClass. “Providing a historical and personal dive into Southern food and its ingredients, Mashama’s class brings members back to her childhood kitchen—the smells, the flavors, the interactions and the people.”

In her class, Bailey will share traditional and reimagined techniques such as braising, pickling and cold smoking through a range of recipes, from pork shank and collard greens to pickled oysters, succotash and fish and grits. Bailey teaches members about the significance and history of Southern ingredients such as okra and grits, as well as their influences in our cuisines today. She shares stories of her own personal journey and ancestral history, as well as a look into her award-winning restaurant, The Grey, which is located in a historic former Greyhound bus station in Savannah.

As a career changer who followed her passions, Bailey imparts her wisdom on members—including taking risks, following your calling and starting a new career path. Members will walk away from Bailey’s class energized, with a greater appreciation for and knowledge of Southern cooking and its place in American history.

“I’m here because I want to demystify Southern food,” Bailey said. “In my class, I want to show the limitless and rich layers of cooking Southern food through my experiences and what I’ve learned sharing meals around the world. As a Black chef in America, sharing these meals can help establish a generational continuity for a community, and I want members to learn that through cooking.”

Bailey is a New York City native, born in the Bronx and raised in Queens. Her maternal roots hail from Waynesboro, Georgia, where she spent many summers learning to cook from the matriarchs in her family.

She attended the Institute of Culinary Education, studied in France, spent a dozen years cooking throughout New York and has traveled far and wide for food.

As co-founder and executive chef of The Grey, as well as The Grey Market, Bailey has earned a number of accolades including a coveted James Beard Award in 2019. She is chairperson of the Edna Lewis Foundation’s Board, working to preserve and celebrate its namesake’s legacy. 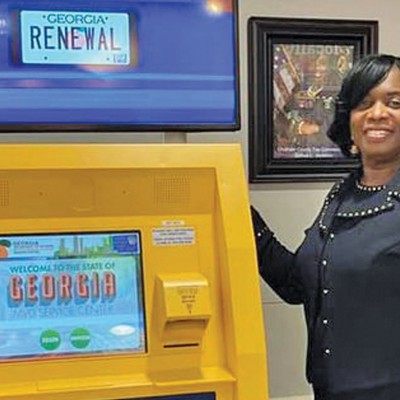