Take me to church

THEY HAD me at "hallelujah."

The two singers on the small wooden stage had started off softly. But when the keyboard began to hum and the drums kicked in, their voices really began to soar, and I was up out of my padded chair, arms in the air.

Now, I’m not much of a churchgoer. I can barely make it to synagogue regularly these days, let alone branch out into other religions. A girl needs at least one day a weekend to have late brunch and do yard work, am I right?

I have had the honor of visiting a few Christian houses of worship over the years. My parents instilled in me great respect for all religions and encouraged my burgeoning spiritual curiosity, driving me all over town to the Sikh ice cream shop and a Buddhist meditation class and a babysitter’s Catholic confirmation. (“Get back here right now!” hissed my mother when I started down the aisle for a communion “cookie.”)

As much as I’ve meandered the spiritual path, it’s always led me straight back to myself, where my heritage is suffused with meaningful traditions, a deep awe for the natural world and an unshakeable belief that we’re all in this together. 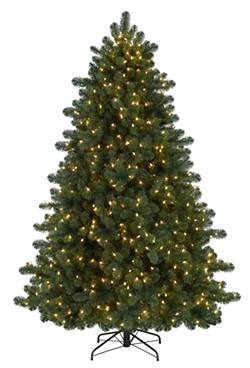 I’m a flower-worshipping daughter of Israel, but I sure do adore the Christmas story, with all the kindness and frankincense. And I’ve always had a major girl crush on Our Lady of Guadalupe, which is what’s bound to happen when you grow up the only Jewish feminist on the block in Tempe, Arizona.

I’ve lit candles in Italian basilicas, walked the Stations of the Cross in Jerusalem and attended rituals in some of Savannah’s most impressive churches, including the glorious wedding of Jean and R. Wade Campbell at the Cathedral of St. John the Baptist last year.

In my practice of radical religious egalitarianism I have always recognized myself as a respectful observer, a humble heretic seeking unity in a world that drives us apart at every turn.

But detached reflection isn’t an option at Resurrected Faith Ministries, where the gospel is a highly participatory activity. My family and I attended recently to support Britannia Jones, who cared devotedly for my mother-in-law through her long decline. Our kids grew up together in those eight years, and the Jones family never left us in the days following her death on Thanksgiving. It is one of the great privileges of my life to have shared with Britannia the task of bathing Marcia’s body for the last time.

Just a week after we buried my mother-in-law, Britannia’s father, Mr. Jake Cox, passed away, too. So much loss in such a short a time tightened our circle in a ribbon of grief. And so we went from sitting shivah—the Jewish ritual of mourning—to singing hosannas in the tradition of Resurrected Faith.

The congregation of about 25 meets in a tiny storefront off Highway 80 in Bloomingdale, a long way from the tall steeples of downtown and the stained glass sanctuary of our own Congregation Mickve Israel. At first, our motley Jew crew—me, my husband, the kids, my father-in-law and brother-in-law—felt conspicuous as we took our seats.

“Do they do the cookies here?” my daughter whispered loudly.

“Shhh, no, different church,” I said, as the grandmotherly woman next to her gave us a wink.

Then the music started and the uneasiness lifted as Britannia’s husband, Willie, held down the baritone. While we didn’t know the words to sing along, we’re used to religious services bringing us to our feet. (Synagogue = Stand up. Sit down. Stand up. Sit down. Repeat for an hour and a half, three on major holidays.)

Britannia went first to pay homage to her father, followed by her aunt and other relatives. Tears flowed freely and shouts of worship filled the small room, a welcome release for all the emotions we’d tamped down over the last few weeks.

It was especially touching to witness my normally reserved father-in-law give testimony for Mr. Cox, who was an accomplished craftsman and carpenter and had helped my father-in-law with several projects around his home.

“He was very strong, a real man,” he sniffed to calls of “Amen!”

After the words of remembrance, it was all over but the preaching. A tall woman in gold shoes approached the pulpit, and with a bow of heads, Pastor Veronica Skipper began to speak.

“We are here to celebrate a life. And yet, we all have an appointment with death,” she intoned in a voice that rumbled to my toes.

“What are you doing to prepare yourself for your appointment?”

I know she meant Judgment Day with a capital “J,” which doesn’t get much play in the Torah. But the question piqued even the agnostics among our group, reminding that we are accountable for our actions on earth, if only to the ones we love.

Pastor Skipper made it clear her job isn’t to judge anyone, only to spread the Good Word of repentance and forgiveness.

“I know y’all have different words for it,” she said, nodding to our family. “But we are all praying to the same God. All the paths lead to the same place.”

This struck me as Truth with a capital “T”, and I heard myself holler “Hallelujah!” right back. Soon enough, all of us were up clapping, no longer visitors to a different religion but welcome members of the family. Surely one of the great peaks of my spiritual path was watching my husband in his new Goorin Bros. fedora dancing and high-fiving with Willie’s mother.

The songs filled our souls, but all that joyful noise makes a body hungry. Afterwards, we gathered in the back room for a meal prepared by the restaurant that Pastor Skipper runs during the week, Sarah Jane’s Southern Kitchen in the Savannah Mall food court. Our bellies rumbled as we piled up plates with fried chicken, mac ‘n’ cheese and yellow rice.

“The green beans are cooked with pork,” warned a new friend apologetically.

“That’s OK,” I said, confessing that I don’t mind repenting for bacon now and again.

Some might consider it blasphemous not to care whether we pray perfectly, or all alike, or even at all. But the more I embrace—and am embraced by—beliefs other than my own, the more I suppose that the keys to heaven, which may for some be a metaphor for happiness on earth, have less to do with the dogma than the faith.

I’m no theologian, but maybe the diamond-cut common denominator of all religions isn’t agreeing on a deity or a scripture, but sending off our own and each other’s loved ones with grace.

Perhaps the greatest faith means believing in our own inherent value and purpose, and the most holy acts are the kindness and inclusion we show others.

It’s what I’ll be meditating on this Christmas, in between watching the new Star Wars and enjoying the sacred Jewish tradition of Chinese food.

The Goliards carry on a Christmas tradition