NOVELIST AND POET Conrad Aiken thought of life as a great circle.

The Savannah native fulfilled the theme of his life’s work by dying in our city in 1973. He lived both his first and his last 11 years in side-by-side houses on Oglethorpe Avenue. In between, he won a Pulitzer Prize, a National Book Award and many other honors. 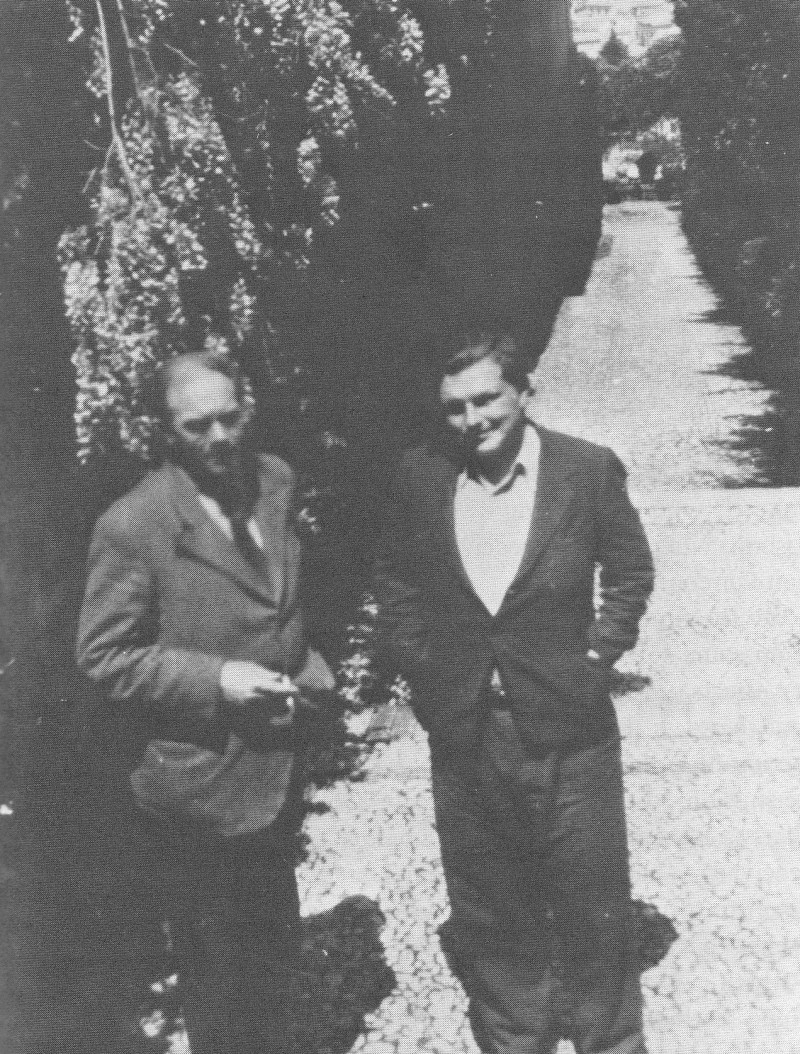 Savannah-born writer Conrad Aiken, left, adopted writer Malcolm Lowry as a kind of poetical son. This archival photo is from their trip together to Spain.

Bertha Husband and Mari Jo Marchnight are working to spread Aiken’s gospel in the city where he should be celebrated much, much more.

“After coming to Savannah, we really discovered Aiken,” Marchnight says. “We also discovered that he was hard to find. His books were nowhere. And that was intriguing.”

Husband and Marchnight have immersed themselves in Aiken to prepare for a “literary cabaret” to celebrate his life and that of his close friend and protégé, Malcolm Lowry.

“Having spent the last year reading everything of his, I feel a very close connection to him,” Husband says. “There are things about his personality that I feel close to.”

About a half-dozen acts including music, poetry, comedy, masks, dance and drama will bring Aiken and Lowry to life at the Ships of the Sea Museum.

“I’m not sure where the idea came from,” Marchnight says. “It was just a spontaneous conversation that we had with Tony.”

The evening will take performers and audience members on a nautical voyage with the two writers. Both men obsessed with the sea throughout their lives. Between their multiple Atlantic crossings and seaside siestas, they wrote some pretty heady stuff.

Aiken’s fascination with the human mind might have come, in some unknowable way, from his parents’ murder-suicide.

“He was very philosophical,” Marchnight says.  “He enjoyed and began to play with and use the interior monologue and stream of consciousness.  He became a master of it.”

Aiken’s father shot Conrad’s mother and then killed himself in the family’s Savannah home in 1901. The 11-year-old boy heard the gunshots, discovered his parents’ bodies, calmly told his sisters to stay in their rooms and then alerted police.

“He was very concerned that he might have some strain of madness that was genetic,” Marchnight says.

Some of Aiken’s heavier works include Ushant and Blue Voyage. If you want something that reads more like a movie, try King Coffin.

As for Lowry, his one great work is Under the Volcano, itself made into a film in 1984 by director John Houston.

“Lowry had a hard time getting on with life,” Husband says. “He was a heavy, heavy drinker.”

“He wanted to be near Aiken because he found him such a great influence,” Marchnight says.

So why does Aiken have little more than a historic marker and a grave here?

“It’s got nothing to do with necessarily the quality of your work,” Husband says. “It has to do with how well you can do the public relations, basically. And he couldn’t do that.”

“The trouble is that if you don’t want to be public, I think what you’re really sort of depending on is that maybe people in the future will discover you,” Husband says.

Of course, lots of people have discovered another complex, philosophical and publicity-shy writer of Savannah birth, Flannery O’Connor. She has a museum here. Aiken doesn’t. Although I do see that his childhood home, 228 East Oglethorpe, is for sale.