Listen to this and other podcasts from Orlando Montoya at savannahpodcast.com 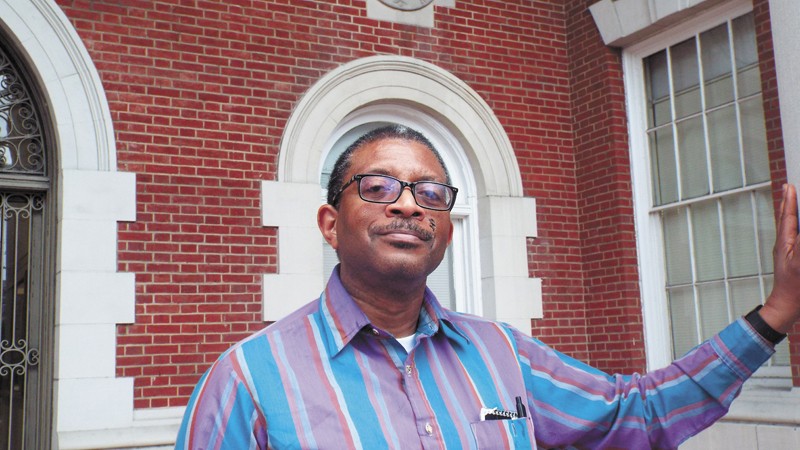 After serving in the Air Force, studying at Armstrong and Savannah State and working with the U.S. Army Corps of Engineers for 33 years, Cohen wasn’t going to watch his world change from the sidelines anymore.

But he wouldn’t mind another title on it.

“No, issue-oriented gadfly,” he responds.

Anyone who has attended school board, city council, county commission or library board meetings over the past two decades knows Cohen’s visage.

I always wonder why anyone calls them public meetings when the public is absent.

Ivan Cohen is shown at a recent school board meeting. He also helps organize the Juneteenth festival.

Cohen these days is a school board regular. But I first saw him at city council meetings in 1999 when he and retired educator Abigail Jordan pushed to get the African-American monument on River Street approved.

I recall many angry words and gavel-banging.

“Dr. Jordan had an overnight bag because she was prepared to go to jail,” he remembers.

Others met Cohen in the 1980’s when he pushed for better housing at Savannah State. And still others go all the way back to his days at St. Pius X Catholic High School.

That’s where his desire for activism—if not his activism itself—began.

“Somebody came on a rainy day and told us this decision was being made to close the school,” he says.

“Some students, they went and marched on the chancellery building downtown,” Cohen says. “I wanted to. But my mother wouldn’t let me. And I did what mother said.”

He sat at home that day.

But after serving in the Air Force, studying at Armstrong and Savannah State and landing a record-keeping job with the U.S. Army Corps of Engineers (a job he had for 33 years), he wasn’t going to watch his world change from the sidelines anymore.

Public officials, reporters and political observers at some point wonder who he is.

“They can swing, try to shoo me away. But I’m fine with that. I’ll come right back,” he says. “I don’t need to vegetate in front of a TV set.”

Of course, a lot of folks would like him to sit out politics. I didn’t know much about his views before this story. And to be honest, they’re not my cup of tea.

He admires Malcolm X. He calls integration a “lose-lose.”

And his harsh words excoriate most local leaders (“more like misleaders”) except the disgraced former City Manager Rochelle Small-Toney (“she got a raw deal.”)

Still, a part of me believes in that Norman Rockwell democracy that they taught us. So when I see “public meetings” where the only people there are staffers, contractors, a handful of folks getting ceremonial plaques (who promptly leave after being recognized) and Ivan Cohen, I “look sideways” (to use a Cohenism) and worry a bit.

“I guess I could be of a mind to say, ‘Oh, gee. Is this really worth it?’ I just opted not to choose that kind of mindset,” he says.

Just not the part that gets him off the couch for the next meeting.