THE OBVIOUS QUESTIONS about Savannah musician Ryan Graveface stare at me like the eerie taxidermy in his Midtown music store.

Why is this 33-year-old obsessed with death? Why does he hate having his eyes photographed?  Why does his biography suggest someone who is easily bored?

But then I walk around his offbeat shop and think a broader question: “How on earth is this place still here?” 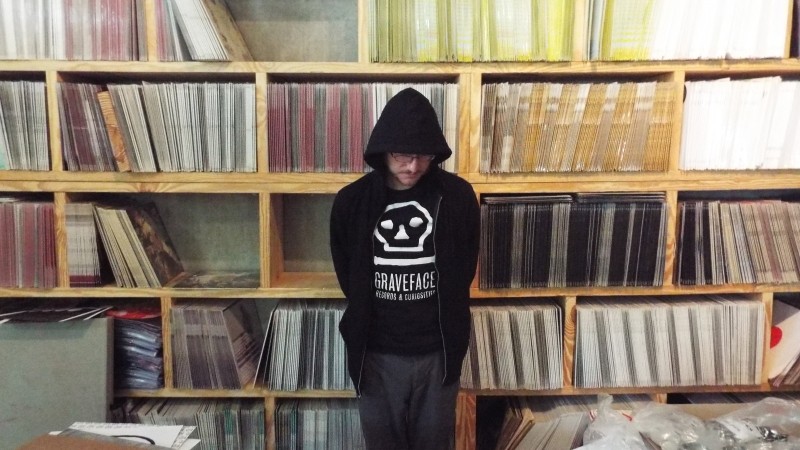 The little shop in the Starland District is celebrating its third anniversary with a series of concerts featuring acts from Graveface's eponymous record label. Photo by Orlando Montoya

The self-deprecating Graveface seems to share my disbelief. He says the success of Graveface Records and Curiosities is “debatable.”

“It’s survived,” he says. “Which is the largest chunk of success.”

Indeed.  Even with the “cool kids go back to vinyl” movement, retail music remains a risky proposition.

In fact, one record store, on Whitaker Street, came and went since Graveface opened three years ago this month. Now the little shop on 41st Street in the Starland District is celebrating its third anniversary with a series of concerts featuring acts from Graveface’s eponymous record label.

“It’s really helped me to have the label,” he says. “That has a fan base unto itself.”

His label actually came before the store, nine years ago, when he lived in Chicago.  But it’s not the only reason the brick-and-mortar soldiers on.

Unlike many record stores, Graveface has a distinct curatorial vision. You won’t find bins and bins of castaway Saturday Night Fever, Lawrence Welk and James Taylor records. He has nothing against the music. It’s just all too common.

“Something that they made millions of copies of is not worth anything,” Graveface says. “You actually have to dig harder to get to the things that you’re more familiar with.”

So, you’ll be in nirvana if Skrillex, Bon Iver and Polyphonic Spree don’t sound like household cleaners to you. If they do, well then, Graveface gladly will introduce you to new music. In-store concerts are frequent.

“It’s actually becoming more of a venue than I really had ever intended,” Graveface says. “There are touring bands that would never stop here that we attempt to get.”

“If they’re given the choice, ‘Oh, it’s five dollars suggested donation? No, I suggest that I’m not giving you that money,’” Graveface says. “But if you tell them that it’s a cool thing with a touring band that they’re going to love with a local band that they already love and you throw a ten dollar tag on it, they actually don’t have any issues paying that ten dollars.”

What people do and expect for free turns out to be a rant-worthy topic for Graveface. He also has choice words for public relations professionals.

But I get the sense that Graveface spends more time doing than complaining. That’s why he started his own public relations company. And now he’s working on a opening a restaurant in Savannah and a record store in Austin.

And did I mention that he’s in three actively touring bands, Casket Girls, Dreamened and Marshmallow Ghosts? This work rate turns out to be the answer to my first obvious question.

“Because I haven’t slept a lot, I think it has done quite a bit of damage to my brain,” Graveface says. “I just do it to myself.  I could never complain.”

Graveface might face a grave if he continues getting only two to four hours of sleep each night. It might be the only case of a record store going out of business because its owner had too much work. 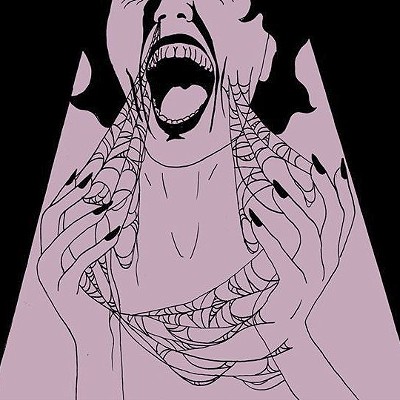