Pasta by the Park for Liam’s Land

IT'S THE most star-studded time of the year in Savannahland, with some of Hollywood’s finest shimmering and shining all over the place. (Hopefully, Hollywood’s not-so-finest have been sucked into some far-orbit black hole with their attorneys and unbelted bathrobes.)

The opening weekend of the SCAD Film Festival cast its galactic light onto Broughton Street, and the iPhone paparazzi filtered gorgeous glimpses of Holly Hunter, Aaron Sorkin, Salma Hayek Pinault and Captain—er—Sir Patrick Stewart on the red carpet, which I may have tripped over trying to squeeze into the last open seat at the showing of Sorkin’s riveting directorial debut Molly’s Game.

(If SCAD ever brings Idris Elba to what Ms. Hunter laughingly called “Y’allywood,” I may need my own attorney.)

We’re basically at peak celebrity meteor shower around here, and the celestial sightings have been happening for weeks with the filming of couple of prominent soon-to-be-blockbusters, including AntMan 2 and Killerman, starring Hugh Jackman and Liam Hemsworth.

My family had a close encounter with the latter recently, easily spotted dining on The Vault patio in spite of trying to hide his magnificent chiseled jawline under a very large beard.

After we observed the etiquette of celebrity rapprochement—let the person finish their meal before you descend upon them, for heaven’s sakes—Liam graciously agreed to have his photo taken with my children even though they were falling all over themselves like a bunch of Ritalin-addled meerkats.

After standing next to this 6’3” drink of Aussie water, I can tell you that he is indeed so handsome that it’s difficult to actually focus on his face, and yes, that accent could melt pavement. Totally obvious why Miley is so wrecked over him.

However, I was able to maintain some semblance of chill since he is not my favorite Hemsworth (is it weird for a grown woman to have Thor pillowcases?) 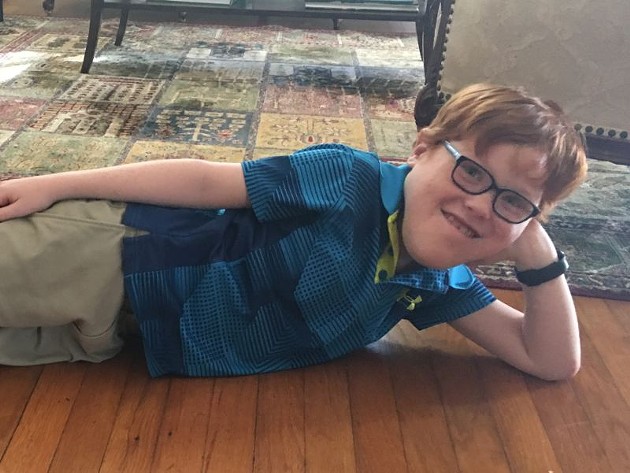 Photo by Jessica Leigh Lebos
Who cares about Hemsworths when the coolest Liam in the world lives right here in Savannah?

To be honest, he’s not even my favorite Liam: That would be Liam Steffen, that 10 year-old ginger-haired bundle of awesomeness who lives here year round.

I’ve been a fan of this kid for years, so it was pretty exciting to sit next to him at last week’s Charles Ellis Montessori middle school band concert, where his big sister Amelie was shredding on the saxophone.

A star in his own right, our little Liam has been in the local spotlight for a decade as the face of Liam’s Land, the non-profit that funds research and clinical trials for lymphatic malformation, a vascular disorder that can have life-threatening effects.

Born with multiple cysts around his neck and jaw, Liam has endured multiple surgeries and diagnostic procedures throughout his short life, though none of that seems to have hindered his passion for Legos or his sunny, slightly mischievous personality. (I may be one of his many admirers, but I wasn’t above confiscating his bouncing ball after the concert started!)

Started by parents Janet and Joe Steffen within months of their son’s birth, Liam’s Land has helped bring the condition that affects one in 2,000-4,000 babies to the forefront of Savannah’s community and beyond.

Janet happens to be a vascular nurse at Memorial Hospital, which helped winnow down the best options for Liam’s care, though research studies weren’t easy to find without a medical library card.

“I knew that other LM families didn’t have access to the knowledge that we did, and I knew we had to do something about that immediately,” recalls Janet, who magnetized a working board and a team of medical advisors within the first year.

The next step was to create an international registry to track patient treatment and outcomes, which has led to several prominent clinical trials and published studies.

Liam’s Land has raised more than $100K for research and outreach in the last decade, and while there is still no known cause or cure for LM, new medications and multidisciplinary protocols have helped Liam and hundreds of other kids around the world enjoy healthy, rambunctious childhoods.

As its annual fundraiser for the past seven years, Liam’s Land has offered a pre-race carbo load the night before the Savannah Rock ‘n’ Roll Marathon, and the organization is once again hosting Pasta by the Park this Friday, Nov. 3.

Fifteen bucks buys a big ol’ plate of saucy meat or vegetarian noodles, bread, salad, dessert and non-alcoholic beverages, and the Midtown Pickers will do their folksy bluegrass thang for your dining entertainment.

All runners, couch potatoes and visiting celebrities are invited, and 100 percent of the proceeds go towards Liam’s Land principle mission.

“This isn’t about our family anymore—we’ve been through our journey,” says Joe, a local attorney with a long resume of supporting worthy causes. “This is for the families who don’t have the resources to deal with this.”

With the most serious medical scares hopefully behind them, Liam and his family now aim to dismantle the social stigma around LM. Liam takes the weird looks and questions in stride, and his confidence and cool factor have earned him fans near and far (for real, he is huge in Zimbabwe!)

Hollywood has even become an unlikely ally: Based on the best-selling book about a boy with a different kind of face, the film Wonder hits theaters this month, buoyed by superstars Julia Roberts and Owen Wilson.

“It’s wonderful to see what is happening to normalize facial anomalies,” says Janet with a smile as Liam practices his breakdancing moves.

“The more people know, they kinder they are.”

Who knows? If he keeps clowning around on stage with the Savannah Children’s Theatre, perhaps we’ll see the kid himself on the red carpet someday.

If I happen to run into that other Liam again, maybe he’ll share the name of his agent?

Back with more baklava 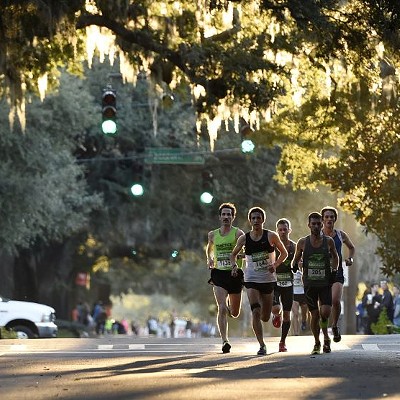