A well-oiled unit of blues and soul 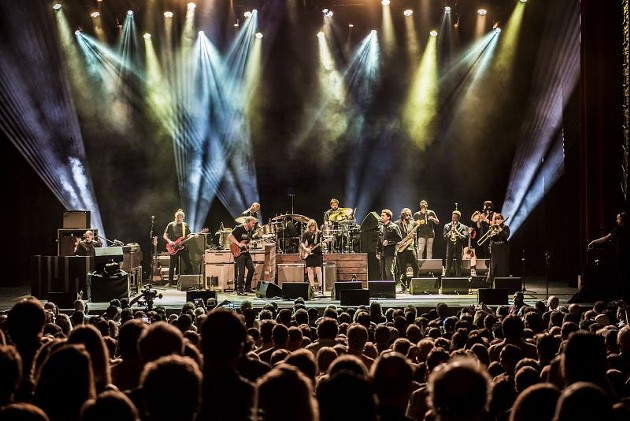 And while this may be an odd source to reflect how far the Tedeschi Trucks Band has come, understand that since Susan Tedeschi and her husband, Derek Trucks, decided to join creative forces in 2010, they’ve attained quite a number of milestones.

Since merging their bands, the TTB has blossomed into a 12-piece, released three studio albums, two live albums and had their 2011 debut album Revelator land a 2012 Grammy for Best Blues Album.

At a time when the music industry is fragmented and the current trend seems to be about minimizing and having an artist’s output be more singles-driven, the idea of being a large touring outfit very much committed to recording complete albums can be a scary proposition.

And Trucks admits he and his wife received plenty of cautionary advice when they decided to join unite their bands after watching the 1971 rock documentary Mad Dogs and Englishmen.

“I remember seeing that, thinking about having a horn section and saying we should give it a shot. Our manager and all the people that are our devil’s advocate asked if we were sure and if we wanted that many people on the road,” Trucks recalls with a laugh.

Suffice it to say, the Tedeschi Trucks Band has evolved into a well-oiled unit that fuses Tedeschi’s bluesy playing and soulful phrasing with Trucks’ biting slide work and extended jamming that’s on full display on Live From the Fox Oakland, the recently released 2-CD/1-DVD set that is also the band’s second live outing.

Not unlike the aforementioned Mad Dogs set, this Tedeschi Trucks set mixes in originals, while also pulling from the canons of a wide array of artists including Sleepy John Estes, Miles Davis, The Beatles, Santana, and in a nod to that other Joe Cocker live double-album, a riveting reading of Leonard Cohen’s “Bird On a Wire.”

For Trucks, it’s an accurate reflection of the current state the band.

“The band was in a great spot late last year. There had been some personnel changes over the last handful of years and it evolved into this place where the music was getting more exploratory,” he says.

“We were starting to hit on things that we hadn’t hit on before and maybe some of the tunes had started to open up. Originally we were just going to film it and then we decided to record the whole tour and do a live record as well. We happened to catch a great night on film that we thought should also be a record. I thought it was nice that it all lined up.”

Interestingly enough, the Tedeschi Trucks Band took the inspiration behind that legendary 1971 Cocker caravan tour that nearly destroyed the late singer and went so far as to re-create a substantial amount of Mad Dogs in September 2015 at Virginia’s Lockn’ Festival.

And while Cocker was originally supposed to participate, he pulled out in 2014, eventually succumbing to cancer in December of that year.

The show became a tribute to the late English vocalist, and included a number of musicians that had participated in the initial Mad Dogs tour, including keyboardist Leon Russell, keyboardist Chris Stainton and singers Rita Coolidge and Claudia Lennear.

Trucks admits uncertainty about how things were going to go, but felt better once Russell was on board.

“When we were asked about doing it as a Cocker tribute, we didn’t know at first,” Trucks says. “But then we reached out to Leon Russell and once he was in then it felt right and all of the original cast was gung ho. That was a special few days of rehearsal and then the show.”

With both Tedeschi and Trucks having so much material from which to draw, fans can expect a rich mix of songs from different points of the duo’s musical journey in the group’s current live show.

The group is also working up material for a new studio effort that could quite possibly emerge by year’s end.

“At some point, the band is going to stay in the studio to revisit about eight or 10 tunes that are floating around in various states of completion,” Trucks says.

“But we’re going to go in and keep writing because everybody’s mind is on the next studio record right now. At this point [in our live shows], we feel like this band is now a part of our history and musical life to the point where we’ll play tunes from her catalog or mine. Or even an Allmans tune (Trucks was a member of the Allman Brothers Band from 1999 to 2014) here or there—things that we’ve been a part of. We don’t have to keep it all separated. For us, it’s this is what we’re doing. It’s all fair game.” 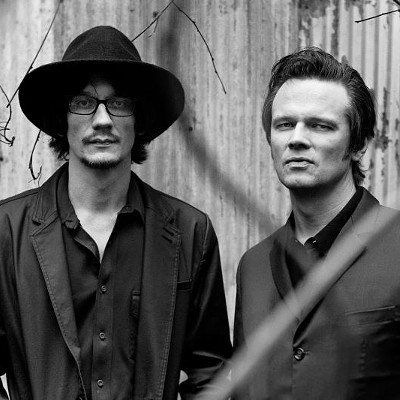