Stories in the Park launches this Friday night

EVERYONE living in Savannah has a story. Garrett Zajac wants everyone else to hear them.

The first Stories in the Park event takes place Friday, Oct. 26 at 8 p.m. at the Forsyth Park bandshell, and the theme is Haunted. 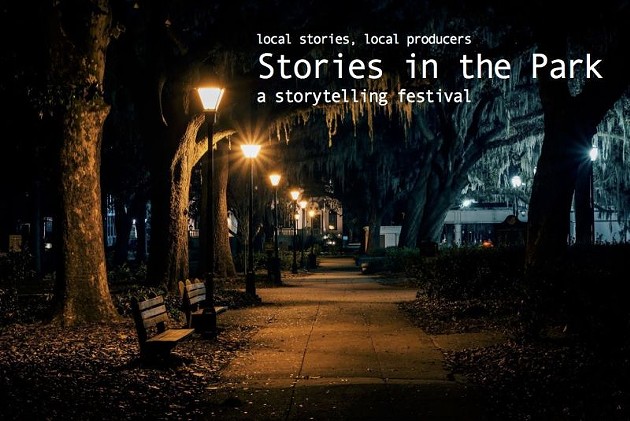 We caught up with Zajac to learn more about this project.

What inspired you to begin Stories in the Park?

Zajac: Before Savannah, I moved to Durham, North Carolina, and my wife was at Duke for grad school. Duke has a documentary studies program, and it’s recent enough that it was pulled out of the Comm department proper and had its own house. During the summer, they would have a time for everyone in the town to come to the backyard and listen to the students’ documentary work. It’s all the audio stuff that they did. It was a way to show off student work, and it’s only three years in. Now, every time they have an event, it’s totally packed. The entire town has totally embraced it. When I was there, I really looked forward to those events. It’s not The Moth [Radio Hour] that’s live, but it’s more like a public listening of a podcast, like This American Life. When I moved down here, I really wanted to create that experience here. There’s no documentary studies department here, but there’s plenty of interest in podcasting and storytelling.

Tell me about the first show.

Zajac: The theme is Haunted, and we have mostly ghost stories. We had one guy record himself in a closet—you can totally tell—but when you’re just listening to this and he’s whispering into the mic, you picture yourself in the closet with him. Audio is a very intimate medium in that way. It lends itself to spooky stories.

I just recorded a ninth-grade student who was in the Deep Center and wrote for them. I have a SCAD writing professor who had this amazing story of having a shared hallucination because they both took Laudanum together. I found out that I have a friend who was a medium at some point, and she had a cool story.

Ghosts are easy for a kick-off event that I want to get more attention for. I hope the casual subject of ghosts is something everyone will be interested in.

What are your future plans for Stories in the Park?

Zajac: It’s intentionally local Savannah voices. I only have one person from New York, but the others are from Savannah. It’s a way of getting closer to your community, which ghost stories are not that big of a deal to people in Savannah, but wait until we get to themes like Taboo. It could get more dicey; more things are at stake.

One of the themes is going to be Making It Work. That theme lends itself to struggles with poverty and mental health. Ghost stories aside, I’m hoping the listening experience will get more and more intimate as the season goes on.

How often are you holding an event?

Ideally, I’d like to curate recorded stories than me doing the recording. I’d like to have some people who are already recording people—radio hosts, radio producers.

Speaking of Stories In The Park , Forsyth Park