The ABCs of CBGB 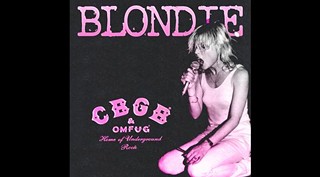 Savannah doesn’t look a whole lot like the Bowery in the 1970s. But it’s here where Unclaimed Freight Productions will shoot the majority of its independent movie CBGB, starting June 25.

Although the interior scenes will be filmed on soundstages inside Meddin Studios, a yet–undisclosed downtown location will shortly be made over as the facade of the legendary New York nightclub, a Lower East Side landmark from 1973 to 2006.

British actor Alan Rickman is playing clubowner Hilly Kristal, who named the place after the type of music he intended to present there: Country, Bluegrass, Blues.

Beneath the letters CBGB on the venue’s iconic awning, however, there was this head–scratcher: OMFUG.

According to Krystal, the extra initials stood for Other Music for Uplifting Gormandizers.

A gormandizer is one who enjoys overeating, gorging, stuffing his or her face. In Kristal’s view, fans of good music could never get enough, and they would, he predicted, be “uplifted” by the gourmand delights of stinky, sweaty CBGB.

It was indeed a tiny and undistinguished hole in the wall, but CBGB nevertheless was where the Ramones, Blondie, Patti Smith, Television, Talking Heads and a dozen other acts got their big breaks, when such upstarts were getting turned away from other, more established clubs. As disco raged across town at Studio 54, American punk, and what came to be called New Wave, simmered and gestated on the dank stage of 315 Bowery.

By hiring bands that couldn’t get gigs anywhere else, Kristal helped change the landscape of American music. His only caveat was that they perform original songs only. No cover bands allowed.

As for why they’re making CBGB in Savannah, well, it’s a combination of factors, including the participation of Meddin’s Nick Gant (who is a co–producer), Georgia’s generous tax incentives for filmmakers (it’s ridiculously expensive to film in New York), and the fact that Unclaimed Freight was here a year ago making the drama Savannah, written and directed by local resident Annette Heywood–Carter.

Miller and Savin wrote the CBGB screenplay. Miller, who will direct, is co–producing along with Savin and Brad Rosenberger, a music industry veteran who currently co–owns the independent label Omnivore.

Unclaimed Freight is a pioneer in financing, producing and distributing motion pictures without studio support. The company’s last three films, Marilyn Hotchkiss Ballroom Dancing & Charm School, Nobel Son and Bottle Shock (the latter two starring Rickman) were not paid for or distributed by a Hollywood studio. The New York Times calls this “going the orphan–indie” route.

Although budget figures for CBGB have not been announced, Unclaimed Freight reportedly raised $10 million to make Bottle Shock.

The company’s next project will be The Drummer, a biography of the late Beach Boy Dennis Wilson, starring Aaron Eckhart and Vera Farmiga.

ALAN RICKMAN'S FIRST high–profile role was as the chief terrorist in Die Hard (1988), the Euro–trash Hans Gruber. He was the first bad guy to go up against Bruce Willis’ John McClane.

His other, best–known films include Robin Hood: Prince of Thieves, the cult comedies Dogma and Galaxy Quest, the Jane Austen drama Sense and Sensibility, and the charming all–star Christmas treat Love Actually. And Rickman had his throat memorably cut by demon barber Johnny Depp in Tim Burton’s Sweeney Todd.

Still, he’s recognized and loved the world over as the dark, mysterious – and tragically misunderstood – Hogwarts professor Severus Snape in the Harry Potter film series.

He was most recently seen in Theresa Rebeck’s comedy Seminar on Broadway. In the Times, reviewer Ben Brantley praised Rickman as “a virtuoso of disdain,” and declared it “a pleasure to hear Mr. Rickman pronounce ‘semicolon’ with a pinching nasality that turns a punctuation mark into a symptom of terminal constipation.”

Now, about the CBGB supporting cast:

Joel David Moore. The long and lanky actor played Dr. Norm Spellman in Avatar, Gordon in Shark Night, and was a regular on the TV series Bones. In CBGB, he stars as long and lanky singer Joey Ramone.

Julian Acosta as Johnny  Ramone, the punk pioneers’ guitar player. The Puerto Rican actor is best known for his appearances on TV series The Defenders, Franklin &  Bash, The Mentalist and Dirt.

Stana Katic. She plays Det. Kate  Beckett on the ABC crime series Castle, and appeared in a handful of films including the James Bond thriller Quantum of Solace. Her character is the great singer Genya Ravan, of the band Ten Wheel Drive. Ravan, by the way, also produced the first Dead Boys album, Young, Loud and Snotty.

Unclaimed Freight says to expect more casting announcements – including a few musical surprises – over the coming days and weeks.