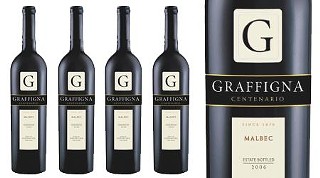 Friends of mine will swear that there is no wine to which I turn up my nose. I suspect they've been drinking.

I'm no snob by any stretch of the definition -- and I take some pride in having the wits to determine superb wine from average wine. I appreciate an everyman's juice as well as a super premium wine.

And lately, I've been turned off by some of the wine world's biggest players -- with the biggest price tags.

The Australian Syrah meticulously squeezed from 120-year-old vines did not, to my palate, earn its $100-plus price tag. It lacked complexity, depth and seemed as tired as the worm-eaten old vines from which it came.

I'm pretty sure the very young $180 California Cabernet Sauvignon was poured by a felon -- because it was a crime to serve this wine before it had fully matured. The sad thing is, if too many inexperienced sommeliers follow this practice, the boutique level production of this otherwise world-class winery will not survive to be tasted in 12 or 15 years from now -- when it's finally ready to drink.

I expect less from moderate or lower-priced wines -- like the white blend that tasted as vile as the blended grapes suggested. Proper blending takes more than mixing white grapes with white grapes.

And I'm no winemaker. That why I was overjoyed with the pair of moderately priced wines I snatched from my "grab bag" shelf this week.

Pull up a chair kids, lemme tell you a story.

Besides awesome beef, Argentina is known worldwide for moderately priced, easy-to-drink, ready-to-consume Malbec. It's the predominate grape of Argentina and has raised wineries of the Mendoza region to legendary status in just a few relatively short years.

The Graffigna 2006 Malbec I sampled was nurtured from vines in the Pedernal Valley near San Juan. The vineyard is further north than Mendoza, but shares similar soil and elevation. Bustling San Juan gives way to rolling farmlands. The valley, at nearly 4,600 feet above sea level, is in the foothills of the Andes. Its unique geography results in a temperate and consistent growing temperature.

In the glass, this 100 percent Malbec is deep red with purplish nuances. A very complex bouquet, with the suggestion of ripe blackberries, yields to spicy tones of black pepper. Oak aging, half in French barrels, half in American barrels, creates smooth, ripe and well-integrated tannins. Its finish is complex, with notes of coffee, vanilla and toasted oak. An extra six months of aging in bottle makes a wine that drinks far above its shelf price of around $15.

I enjoy Malbec with barbecue, grilled beef -- especially those with sauces or rubs rich with pepper or onions.

The Veneto region of Italy is known for its Prosecco -- whether those under $10 a bottle or rare, nectar-laced bottles that push $30 or more.

Chill this one well to sip with friends on the last few hot days we'll have. At about 7 percent alcohol, it's a light drinker -- and accessibly priced at around $15. Its maker, Canella, is known for great Prosecco, they have used the same care in crafting this novelty entry into the sparkling wine aisle.