The art of freedom 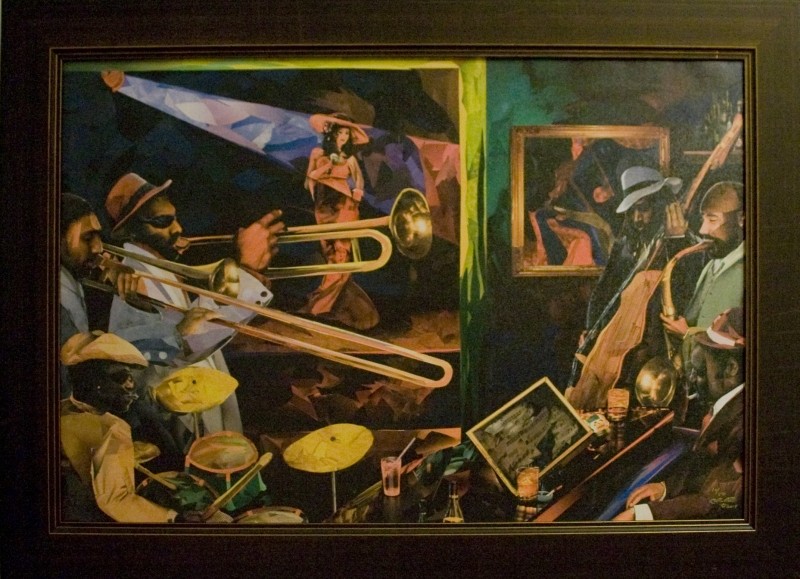 The work of Carl Crawford is at the Beach Institute.

Work by Carl M. Crawford is on display at the Beach Institute. The name of the show is 'Movement: Dynamic Expression of Jazz and Dance.'

Lauren Flotte is President of the Board of Directors of ArtRise Savannah.

On January 1, 1863 Abraham Lincoln issued the Emancipation Proclamation, yet this news did not reach the free by law, yet still enslaved blacks in Texas until June 19, 1856.

For over two years, slaves in the nation’s largest state did not know they were free.

While the end of slavery was never described as a wham-bam-thank-you-ma’am deal, my history teachers never explained that some slaves were unaware of their freedom. In our modern world of 24/7 news coverage, it is hard to even imagine how a news flash like that could have missed an entire state. (Let’s face it: CNN would have endlessly speculated and sensationalized until the next excuse for breaking news...)

Yet, in a fashion similar to the Texans of 1863, many in Savannah are unaware of the cultural opportunities available to them, especially to explore local African-American art.

Telfair Museums recently held their annual Juneteenth celebration, a commemoration of the day when the Emancipation Proclamation finally made it to Texas. This year’s free celebration was held at the Jepson Center on June 7th featured a lecture, workshops, music, and the Slavery and Freedom in Savannah exhibition.

Telfair collaborated with Tony Pizzo, Executive Director of the Ships of the Sea Museum, and TJ Reddy, a musician and artist native to Savannah, to offer a free mbria workshop. The mbria is an African instrument made of a wooden board with metal keys the player plucks.

Pizzo’s penchant for handmade instruments coupled with Reddy’s catching enthusiasm steered the group through the process of building, tuning and playing the simple, yet enchanting, instrument.

The two created mbira kits especially designed for Reddy’s unique Delta Blues approach to the instrument. Reddy led myself, children and parents at the workshop through rhythmical, call and response blues patterns.

As someone who is often intimidated by clapping in a steady rhythm, I was amazed to find myself thumb drumming the blues as Reddy belted along with our rag-tag band of amateur mbria-ists.

Pizzo will be leading a cigar box guitar workshop at the Ships of the Sea Museum on August 23 (pre-register for limited spots.) While SOS doesn’t currently have plans for another mbira workshop, Pizzo assured that “the mbira will make a workshop appearance from time to time. “

To continue my exploration, I headed over to the Beach Institute. Currently the Institute is showcasing works by Carl M. Crawford, a Columbia, SC native.

“Movement: Dynamic Expression of Jazz and Dance” presents Crawford’s visual exaltations of African-American culture, from jazz trumpeters to praise dancers. Crawford uses his own unique process, “collage illusion,” to create his work, which achieves “the illusion of paint brushes” by using small colored pieces of magazines to model the images.

“I’m inspired by the movement and the energy. I explore different forms of expression and communication,” says Crawford. His work not only captures the spirit of the expressions, but the power of the performers.

The figures are rendered in striking poses, as though they are channeling the history of their culture and presenting it to the viewer. Crawford’s works join the past and present of African American life, music, and dance. Inspired by performances he saw in his hometown and during his travels, Crawford has developed a stunning style to capture the strength and elegance of black art forms.

I continually find new ways to explore the influence African-American art and culture here in Savannah and not just during Juneteenth or Black History month.

Next time you grab a slice at Vinnie’s, wander over to the City Market Art Center and check out artists like Alix Baptiste and William Kwamena-Poh. When you stroll over to the Beach Institute to see Crawford’s work, also check out the museum’s collection of local black folk art, from Richard Law’s charming scenes of Savannah life to the wonderfully-odd woodcarvings of Ulysses Davis.

“There’s no mystery, only magic,” said Reddy during the workshop.

His words rang true. The magic is evident at first glance and the mystery is only perceived.