Tips to get you through the green day 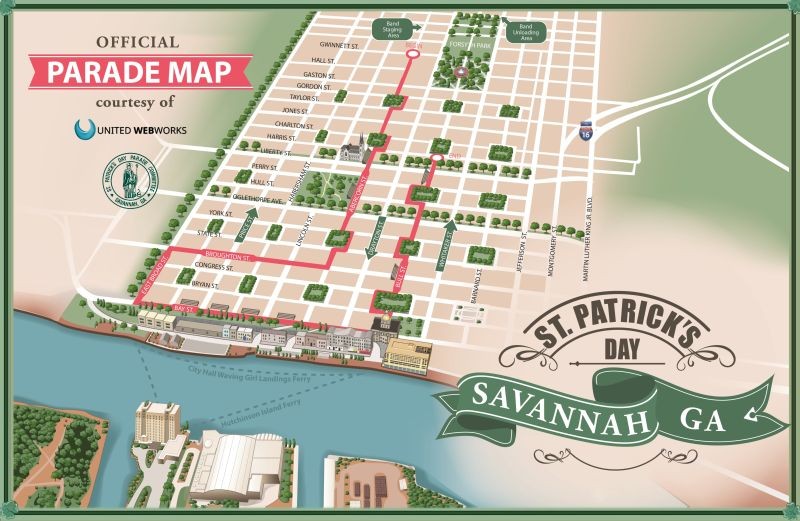 THE Savannah St. Patrick’s Day Parade is generally considered the second largest in the country, after only New York’s.

Here are some key points to remember:

Top O’ The Mornin’. For many members of Savannah’s Irish Catholic community, the day starts early indeed, with Mass at the Cathedral of St. John the Baptist.

Crowd Control: The squares along Abercorn tend to be by far the most crowded parade-watching areas. If you’re looking for a bit less crowded scene (but still pretty darn crowded), venture north to Broughton and Bay Streets or closer to the end of the parade route.

While as of this writing specifics are scant, Vice President Mike Pence is scheduled to be in attendance at the parade in some form or fashion. Expect even tighter security from a variety of law enforcement agencies.

Booze Clues: Savannah’s to-go cup tradition means those of age can carry a 16 oz. or less alcoholic beverage (no glass) in all public areas of the “Festival Zone.”

While to enjoy to-go cups Friday and Saturday you are urged to purchase a $10 per day wristband from one of the many kiosks, there will be NO enforcement of wristbands during the parade itself.

And if you aren’t going to drink alcohol you don’t need a wristband at all.

The Main Event: The parade itself cranks up a little after 10 a.m. and finishes up somewhere in the 2 p.m. range.

Yes, the parade actually goes the “wrong way” around the squares. This is the third year of this tweak, designed to make entry/exit of emergency personnel more feasible.

If you hear very loud booms, don’t freak out: There are some floats which utilize fake cannonshots.